Gennaro Gattuso will be joined by close friend and former Rangers team-mate Luigi Riccio as his No 2 at Napoli.

Both men grew close at the Scottish club in 1997 and worked together when Gattuso was cutting his managerial teeth at Sion, Palermo, OFI Crete, Pisa and then AC Milan.

Gattuso even baptised Riccio’s second son and the inseparable duo have been given a six-month contract with provision for an additional year if certain results are achieved, such as qualifying for the Champions League.

The two helped Pisa to promotion to Serie B and Gattuso wants him by his side again. Riccio spent two years at Rangers but hardly played and is best known for his time at Piacenza, where he racked up 230 appearances.

Gattuso overlapped with him for one season in Scotland in the 1997-98 season.

Massimo Innocenti and Francesco Sarlo will be technical coaches and Marco Sangermani is anticipated to be an analyst for the team.

Napoli are moving quickly to appoint the 41-year-old having dismissed Carlo Ancelotti following a 4-0 win over Genk in his final game to seal progression to the last 16 of the Champions League.

And the sacked boss has already spoken to his likely successor on the phone, wishing him well in the new role. 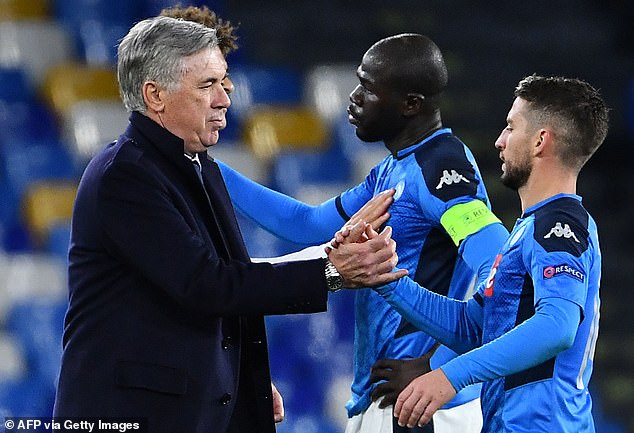 Gattuso and Ancelotti have a strong relationship from their time at Milan and has leaned on the veteran manager for advice in the past.

In fact, the former combative midfielder has even revealed keeping a notepad full of the advice given to him by Ancelotti in the past.

The 60-year-old has struggled with Napoli in recent weeks and they are winless in seven Serie A games in succession.

He lost his job amid a feud with owner Aurelio De Laurentiis and Gattuso will be under pressure to spark an upturn in fortunes. 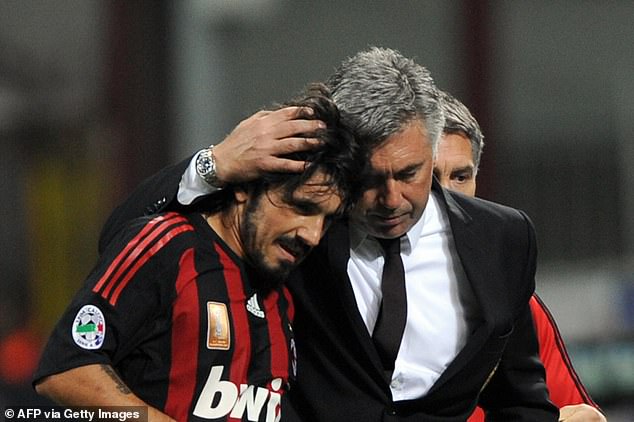