‘They wrote me off, I ain’t write back though’: Geno Smith wins the battle of the quarterbacks as he spoils Russell Wilson’s homecoming with Denver causing fans to take to social media to praise the Seahawks star

Seattle Seahawks quarterback Geno Smith capped off a sensational performance with an equally fantastic postgame interview after he won the battle of the quarterbacks Monday night.

Smith led the Seattle squad to a major upset over the Denver Broncos as Russell Wilson’s homecoming was spoiled in a 17-16 win for the Seahawks.

Speaking to ESPN on-field postgame, Smith hit back at critics, insisting they should not have written him off.

‘They wrote me off. I ain’t write back, though,’ he said boastfully.

‘That’s the problem, I ain’t write back though. Let’s go!’

Smith was right to be in a boisterous mood after willing his offense to a spirited performance with two touchdowns and a 119.5 passer rating.

The former Jets, Giants and Chargers quarterback started the night brilliantly, completing 12 consecutive passes before finishing 17/18 at the half. 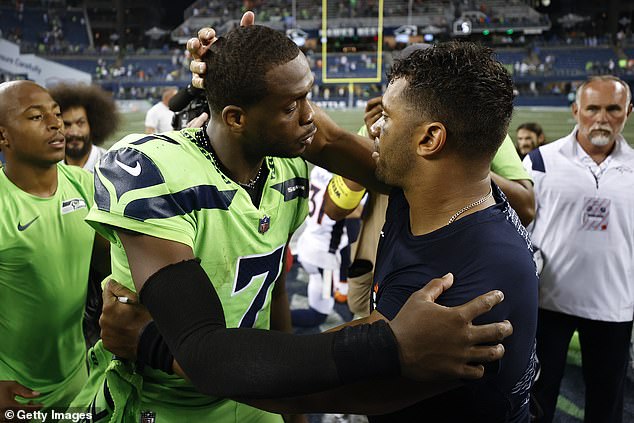 While Smith and the offense struggled for fluidity in the second half amidst an uprising in intensity from the likes of Broncos pass-rusher Bradley Chubb, he finished 23/28 for 195 passing yards and two touchdowns.

Social media was enamored by the ex-WVU man’s performance, and as usual delivered with hilarity.

One user suggested Denver should trade for the high-performing Seattle quarterback as they had done once already this offseason. 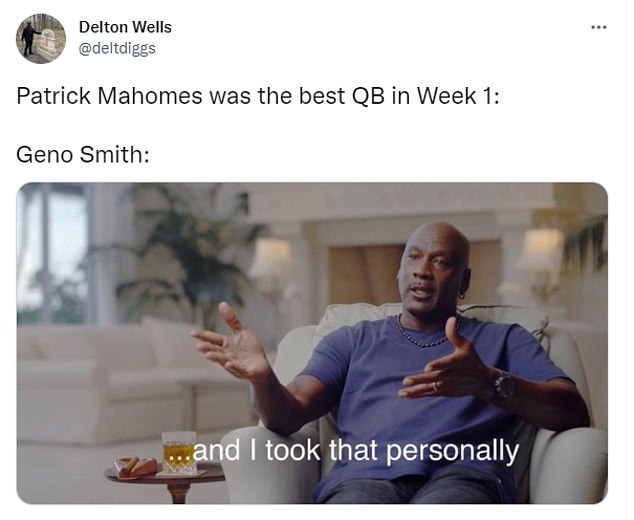 That wasn’t the only comparison to the Kansas City Chiefs, with another generating a meme from Michael Jordan’s last dance documentary to suggest Smith was the best quarterback of Week 1.

The Last Dance memes kept coming with Bleacher Report making light of what they thought Wilson’s reaction may be after seeing Pete Carroll postgame.

This of course, follows recent reports surrounding a messy divorce between the two before Wilson was traded this offseason.

It shows a photo of Michael Jordan hugging Larry Bird, saying ‘you b****, f**** you,’ following Game 7 of the 1998 NBA Eastern Conference Finals. 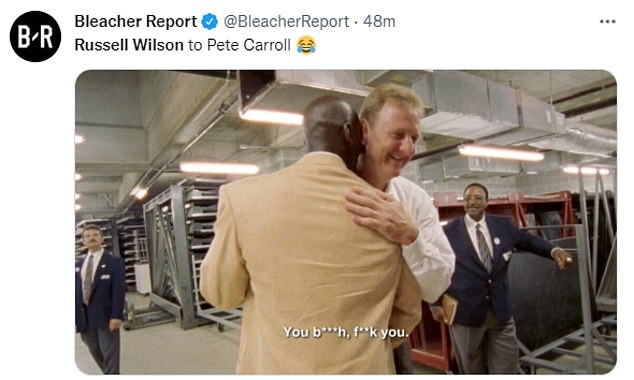 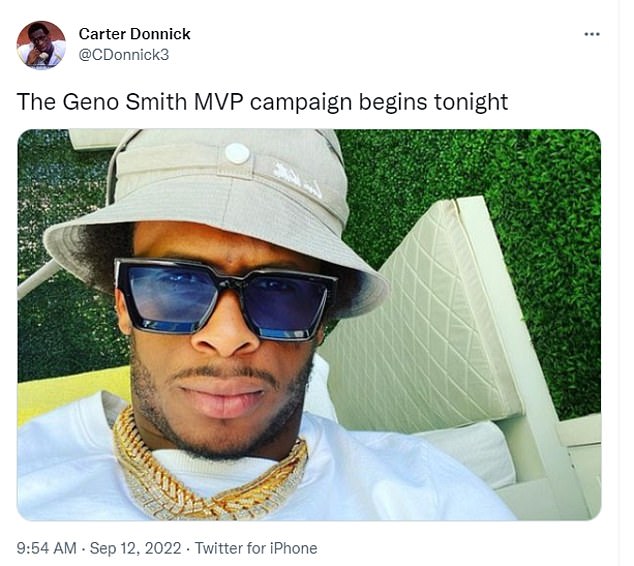 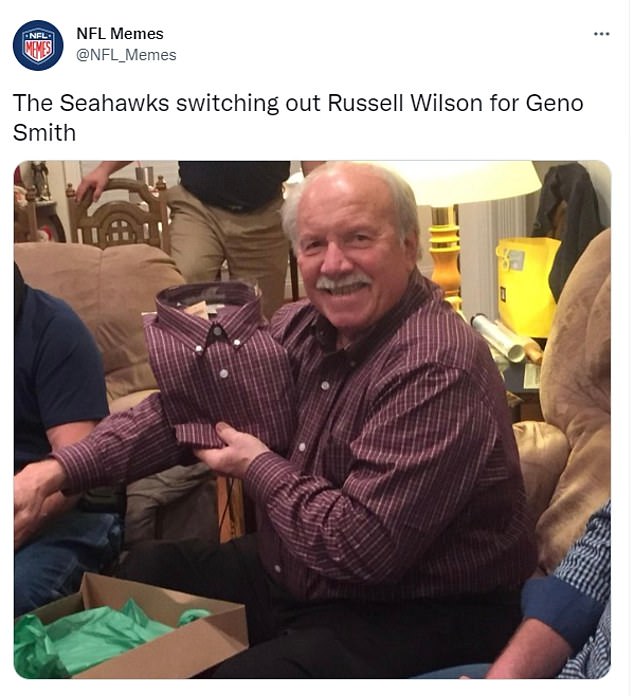 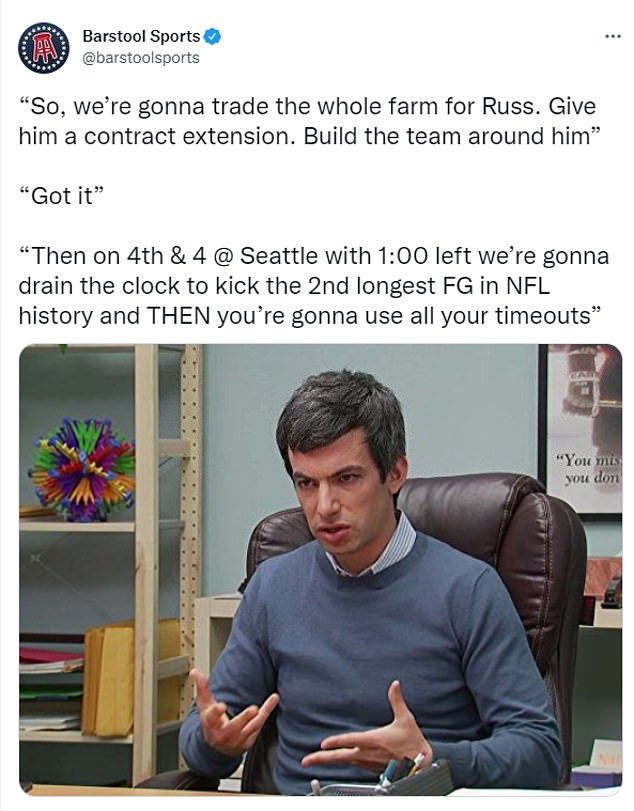 Russell Wilson and the Denver Broncos may have lost his homecoming game — a story that will receive national attention in the coming days.

However, they have the chance to rebound at home to Houston Sunday, who were part of Week 1’s sole tie vs. Indianapolis.

Meanwhile, Smith and Seattle will look to light up the 49ers and continue their losing streak when they arrive at Levi’s Stadium on Sunday afternoon.