There are few hardier sportspeople than  rugby union forwards – as Geoff Parling proved during training for Super Rugby side Melbourne Rebels.

The lock picked up a nasty looking shoulder injury while going through his training drills at Gosch’s Paddock on Monday.

A large lump appeared on Parling’s shoulder where he had taken a bash, which had to be seen to by the team physio. 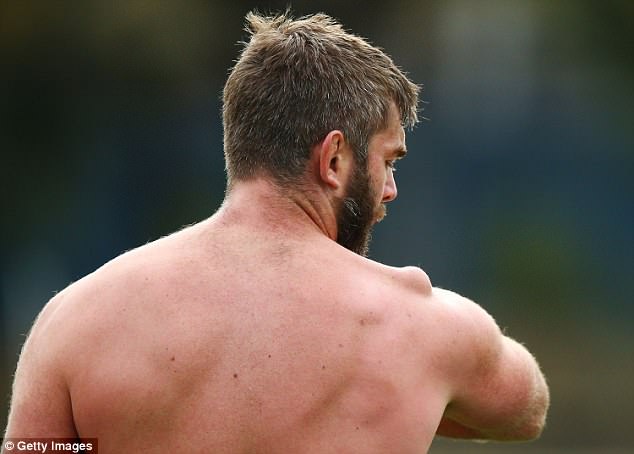 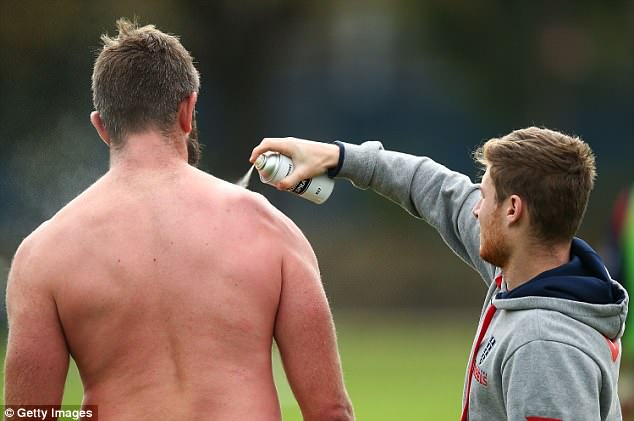 However, with a blast of cooling spray, the 34-year-old was able to carry on training as normal

However, a dash of the magic cold spray was enough to soothe Parling’s sore shoulder, although a visible bump still remained.

Nevertheless, Parling wasn’t going to let something so insignificant get in the way of his rugby, and soon after was back in full training, taking part in line-out drills.

The 34-year-old, originally from Stockton-on-Tees and with 64 England caps, is currently representing the Rebels as an international recruit. 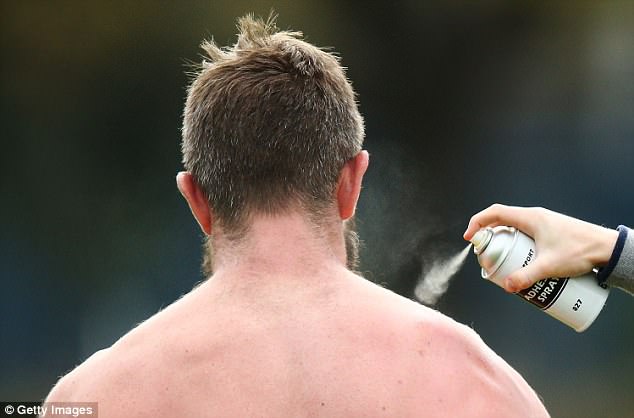 The forward, who also played for Newcastle Falcons and Leicester Tigers, then moved on to Rebels in January 2018.

His time down under has so far been a success, with Rebels second in the Super Rugby Australian Conference with six wins from 12 games.

That put them through to the play-offs, where they will take on Crusaders in the quarter finals – and will hopefully have Parling fit and firing, despite his knock to the shoulder. 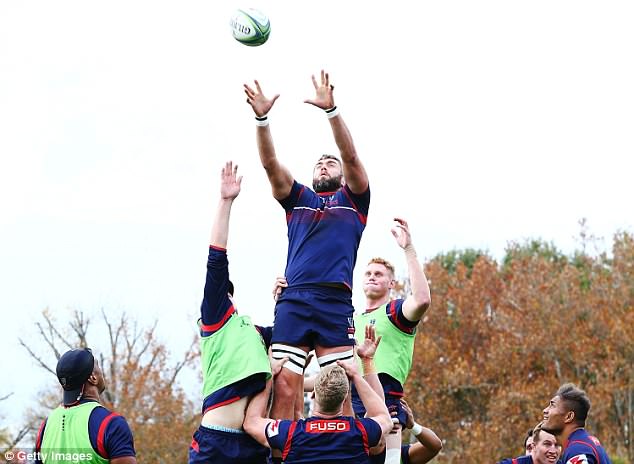