She made a name for herself on the MTV show, Geordie Shore.

Now, Chloe Ferry is making a name for herself through her incredible weight loss journey after she managed to shed two stone during lockdown.

The reality TV star, 24, displayed her amazing figure in a lilac loungewear set as she shared the glamorous post to her social media followers on Wednesday.

Too glam to give a damn: Chloe Ferry oozed confidence as she showed off her dramatic two stone weight loss in a lilac loungewear set on social media on Monday

Chloe rocked the three-piece fluffy pyjama set which revealed the results of her stunning weight loss as she announced: ‘Chill night in.’

She showcased her slender pins and taut midriff in the skimpy outfit choice on a paid advertised post for online fashion brand JYY London.

The delicate lilac colour contrasted against her bronzed complexion and revealed a leg tattoo on her left thigh. 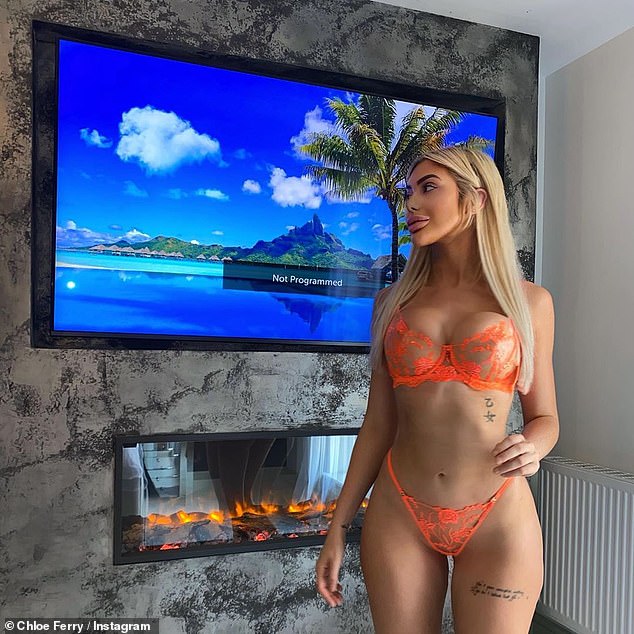 Hard work: After focusing on her health and staying active, the Geordie Shore star, 24, has been showcasing the fruits of her labour in revealing Instagram snaps

Despite wearing lounging clothes, the reality star was dolled up from head to toe as she opted for a heavy contour and nude lip.

Her voluminous blonde tresses were styled in glamorous loose curls that framed her face.

In May, the beautician cried ‘tears of happiness’ as she thanked her followers for their support in an emotional Instagram clip. 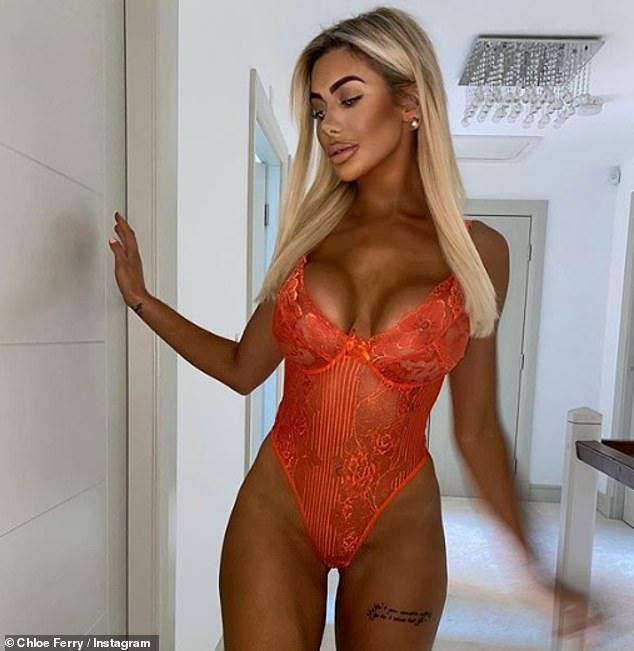 Thankful: In May Chloe cried ‘tears of happiness’ and thanked all of her supporters for showing her love over her body transformation after admitting she thought she would receive hate

The reality star confessed she was apprehensive about receiving feedback on her weight loss transformation, explaining: ‘Honestly, I can’t get over the reaction I’m getting before and after. 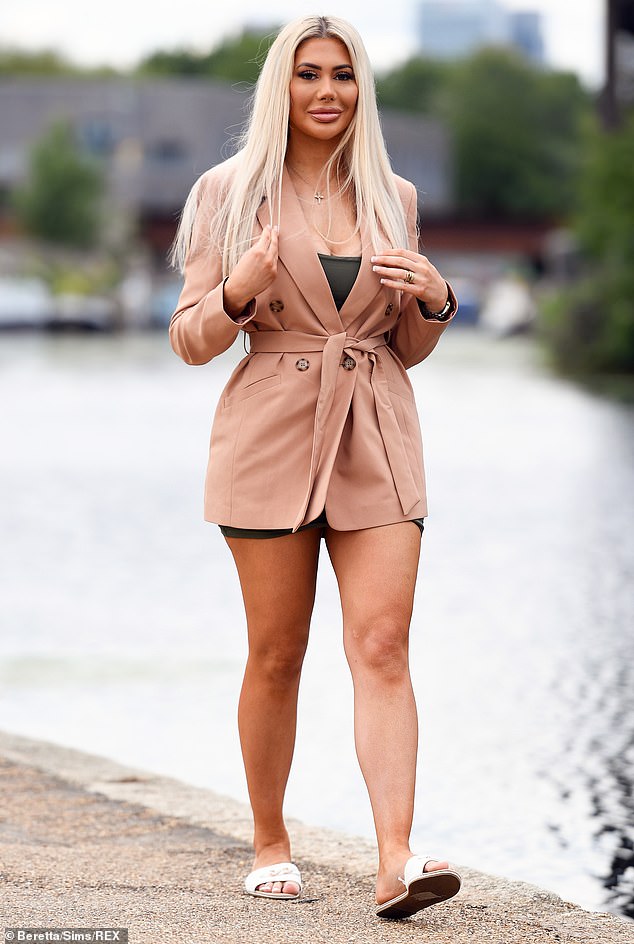 Looking for love: Chloe is set to appear on the upcoming series of Celebs Go Virtual Dating and will be dating both men and women in an attempt to find true love

Chloe recently revealed she will be romancing both men and women on the new series of Celebs Go Dating.

However Celebs Go Dating’s Anna Williamson revealed that she believes Chloe uses her body to hide ‘deep-rooted’ issues after she arrived to film their new season completely naked.

The dating guru told the Daily Star newspaper: ‘She is a highly sexual young lady but when people are provocative, that is often a mask for a lot more deep-rooted things going on. 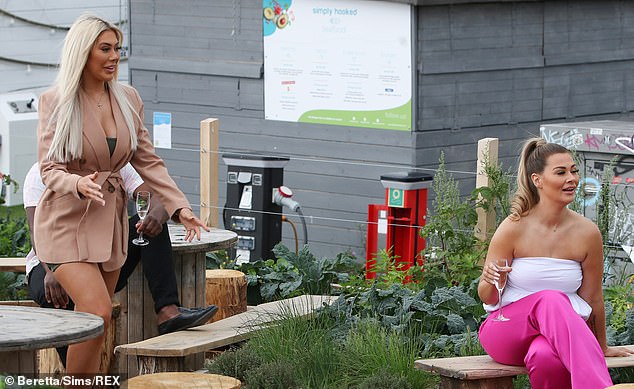 Single celebs: Also on the show is fellow reality TV star Shaughna Phillips and Pete Wicks who joins Celebs Go Dating for a second time after failing to find love during his first attempt

‘We will have to tread very carefully to make sure that she isn’t rushing into something.’

Paul C Brunson, another of the programme’s dating experts, said: ‘She came on wearing no clothes, talked about watching pornography, she was talking about sexual positions!

‘She even showed up for a date with no underwear on!’ 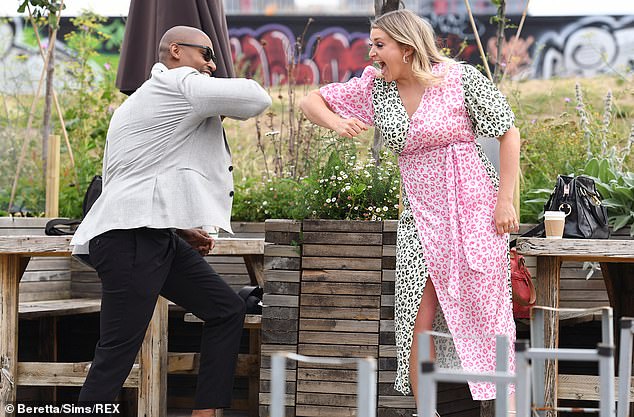