‘You’re going to have one hell of a life’: Geordie Shore’s Kyle Christie reveals he’s expecting his first child with girlfriend Vicky Turner

The reality star, 28, took to Instagram to reveal he was set to become a dad in September along with a snap of his girlfriend cradling her bump and clutching an ultrasound of their bundle of joy.

Kyle, who starred on Geordie Shore from 2014 to 2016, previously dated his co-star Holly Hagan for three years before the couple split in 2017.

Former Miss Newcastle Vicky looked radiant in a tight white dress as she posed for the image with her boyfriend Kyle.

He penned the caption: ‘Little bit of you & a little bit of me……that’s what it takes to make Family.

‘I promise you kid, you are going to have one hell of life. Baby Christie due September.’ 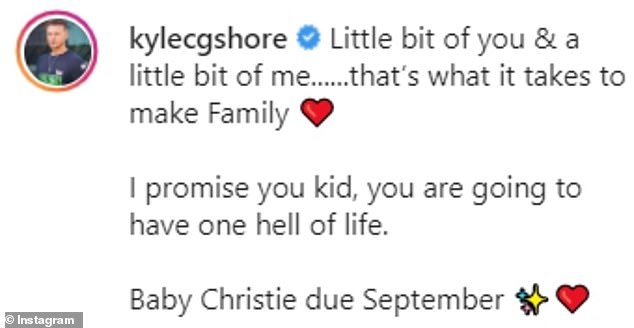 Sweet: The reality star, 28, took to Instagram to reveal he was set to become a dad in September

Vicky shared the same snap and wrote: ‘Half of me and half of you ❤️ Baby Christie due September 2021.’

The couple, who have been dating since 2018, soon received a flurry of comments from friends and co-stars offering their congratulations, with Vicky Pattison writing: ‘Omg!!! Congratulations you two!’ 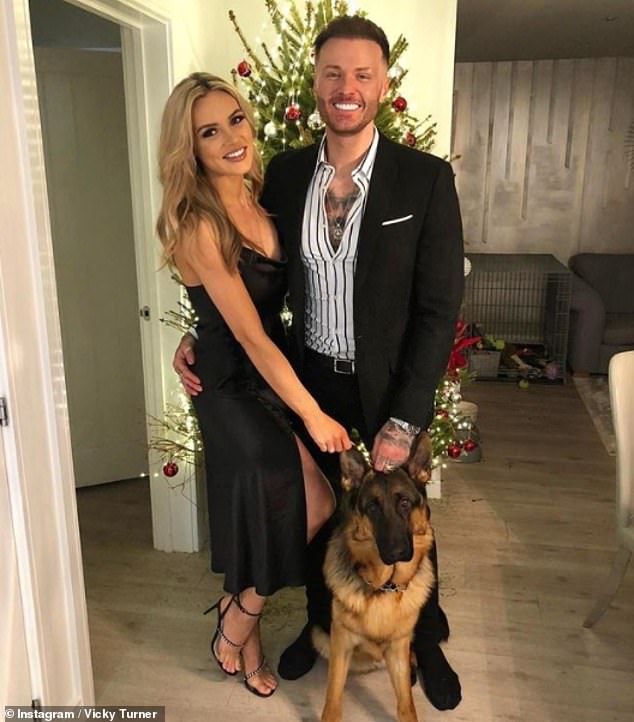 Loved-up: The couple have been dating since 2018, and sparked a flurry of comments from celebrity pals offering their congratulations

‘Kyle and I split a few weeks ago very amicably. Nobody had done anything wrong and it’s certainly not because of the tattoo we had a crazy 3 years together and it just came to a natural end.

‘We made a lot of great memories and travelled the world together but it’s time for a new chapter for both of us.

‘I’ll always love Kyle and his family for the past three years! Maybe I’ll actually be able to get this weight off now.

‘But all jokes aside this was best for both of us and we knew that so there will never be any bad blood,’ she wrote adding a heart emoji.’

Holly had recently began having her tattoo tribute to Kyle removed after being unimpressed by the design he chose to have inked on her neck for a reality show. 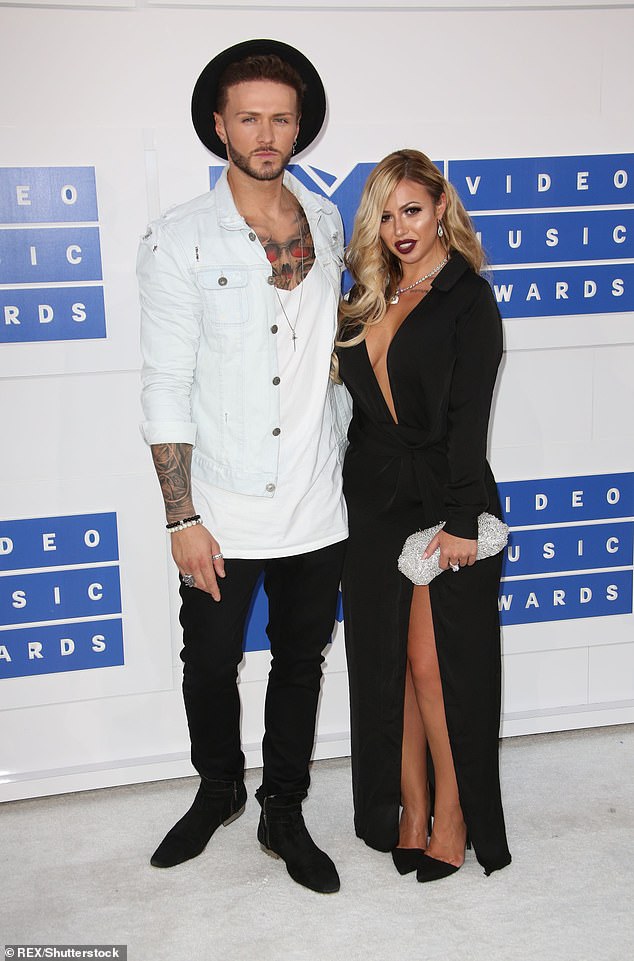 Former flame: Kyle, who starred on Geordie Shore from 2014 to 2016, previously dated his co-star Holly Hagan for three years before the couple split in 2017