Marnie Simpson has been slammed by her followers for promoting weight loss products – just hours before breaking the news that she’s expecting her first baby.

The reality TV star, 27, who is best known for her role in Geordie Shore, posted a video on Instagram advertising Skinny Caffe’s range of weight loss capsules.

In a clip which has divided her three million followers, she said: ‘I wanted to do a video guys about these weight loss capsules that everyone’s being using recently.’

‘They are weight loss approved from the EFSA and people have been losing up to 7lbs in seven days on these.’

Marnie Simpson, 27, who recently revealed that she is expecting her first child with Casey Johnson, 23, has been slammed for promoting weight loss products – just hours before news broke that she’s pregnant 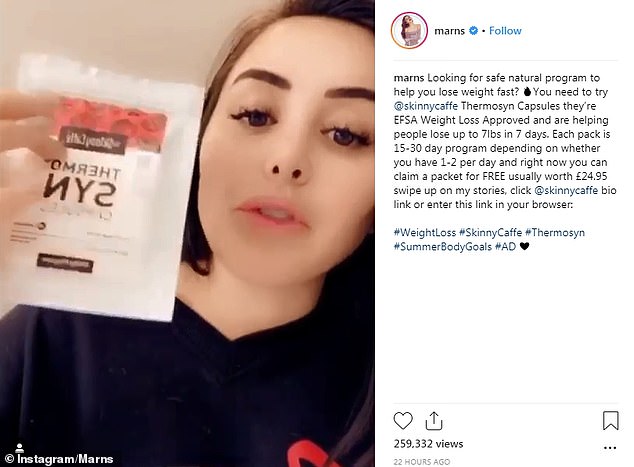 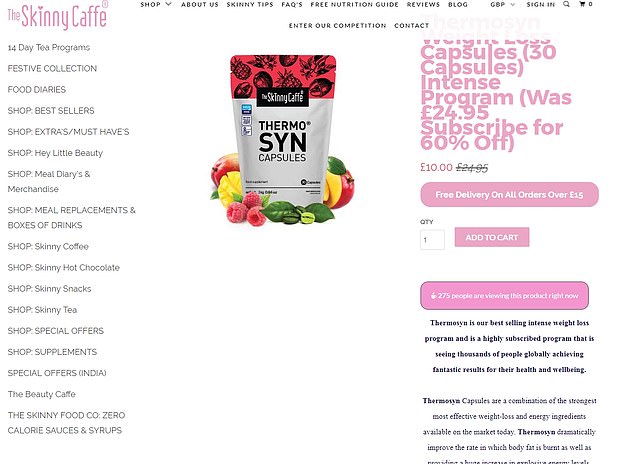 She continued: ‘These also boost energy and burn fat and they’re amazing if you’re training but also work without exercise which is a massive bonus.’

But the post overshadowed news of Marnie’s pregnancy – which came just hours later – as fans quickly questioned her decision to promote the capsules.

‘This is my thought,’ said one. ‘Some naive woman will think she’s taking them while pregnant so they must be pregnancy safe and will end up harming their baby. Not really smart of her at all! Even if it’s just for financial gain.’

‘How you can promote **** yourself skinny teas when you’re pregnant I don’t know but hey anything to make money eh,’ commented another. ‘Screw your fan base who are teenage girls who are impressionable’

Marnie has previously advertised other items for Skinny Caffe including Gummies and Skinny Hot Chocolate.

There is no mention as to whether the capsules, which are described by the brand as being a ‘combination of the strongest most effective weight-loss and energy ingredients’, are safe to take during pregnancy on the company’s website.

However, Skinny Caffe does advise buyers to consult with their doctor or a health care professional before taking the supplement.

An Instagram user speaking under the handle ‘lucyhoyandx’ defended Marnie’s decision to promote the product.

‘She’s probably filmed the promotion before she was pregnant,’ she wrote. ‘Just uploaded it now as the company will probably give dates when they want her to upload.’ 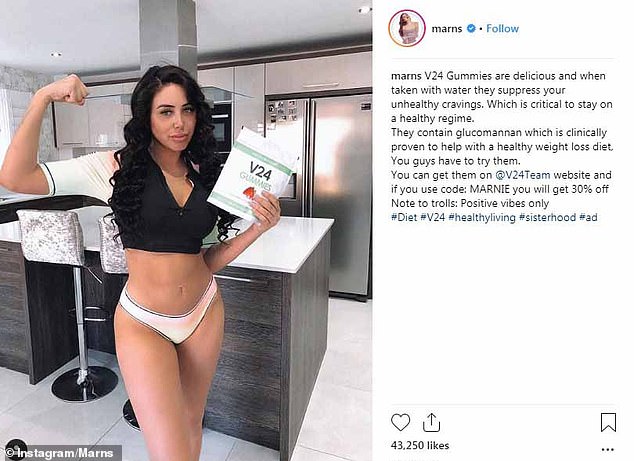 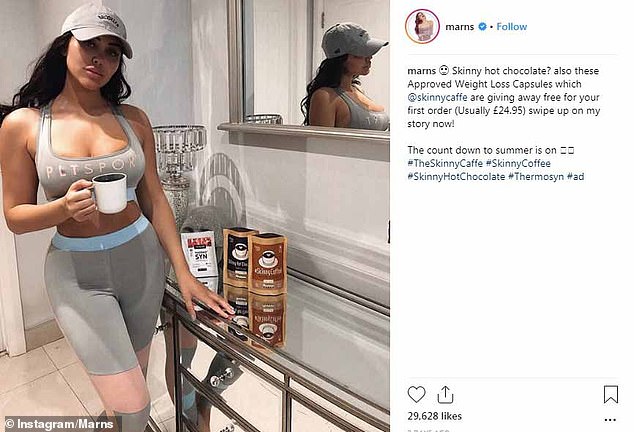 The backlash over Marnie’s post follows her recent interview with OK magazine, where she revealed she was convinced she was unable to get pregnant.

Marnie and her on-off boyfriend Casey Johnson, 23, are expecting their first child together after meeting on dating show Single AF in 2017.

The pair, whose due date is October 16th, told how they were thinking of starting a family towards the end of 2018.

Skinny Caffe have also come under fire from their followers for Marnie’s post.

A representative from the brand told Mail Online: ‘I can confirm we was not aware Marnie was pregnant until some of our followers informed us today.  It’s not something we was made aware of at the start of the campaign which we started last week.’ 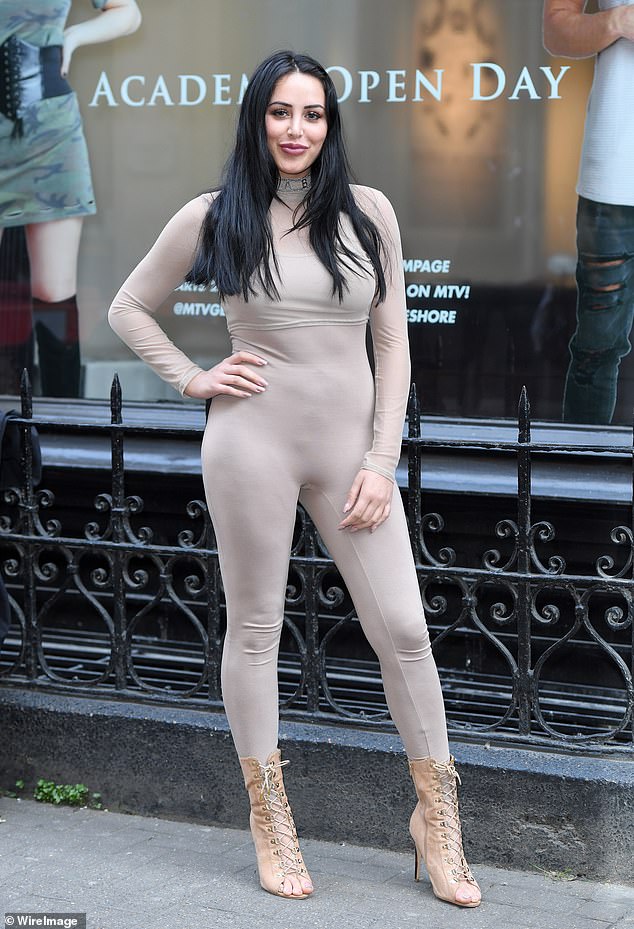 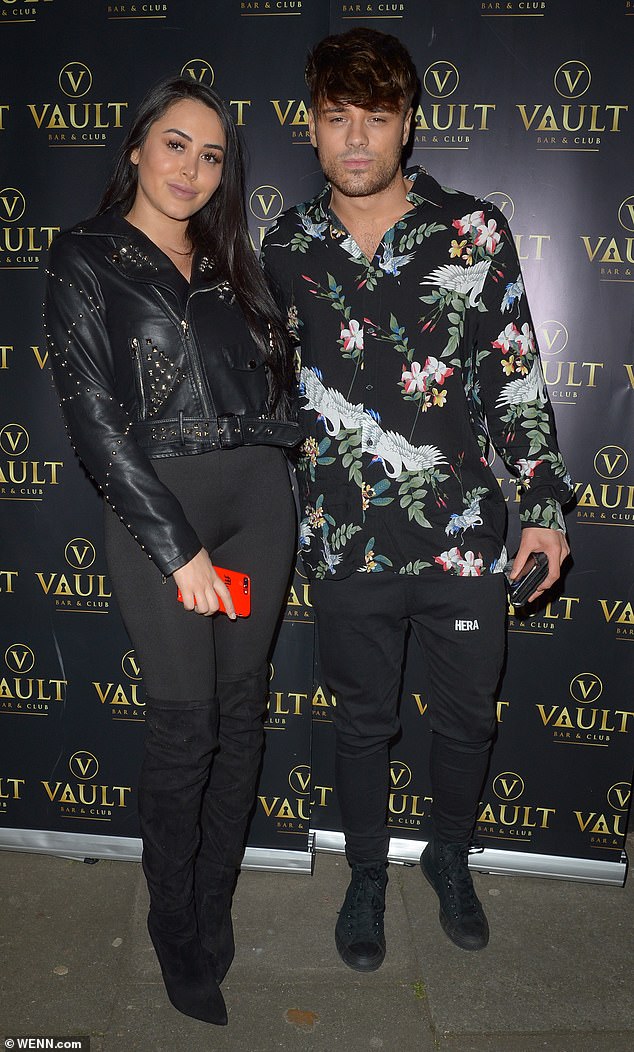 Marnie and her on-off boyfriend Casey Johnson, 23, are expecting their first child together after meeting on dating show Single AF in 2017. Pictured together on March 30