Marty McKenna, seen out in London last year, was quizzed by officers at Forth Banks Police Station in Newcastle on Wednesday

Ex Geordie Shore star Marty McKenna has been questioned on suspicion of conspiracy to supply Class A drugs in a crackdown that saw four Newcastle city centre bars shut by police.

The TV celebrity was quizzed by officers at Forth Banks Police Station in Newcastle on Wednesday.

He was released under police investigation and accompanied by his solicitor.

It means 19 people have now been questioned as part of a police operation targeting drug dealing in and around city centre bars.

Officers swooped on four Newcastle venues on Monday night, ordering House of Smith, Madame Koo and Floritas, all on the Collingwood Street ‘Diamond Strip’, plus Empress on Side to immediately shut, due to concerns that drugs were being dealt inside or near the venues.

Officers arrested 11 people on Monday – now released under investigation – and on Tuesday made a further seven arrests, all on suspicion of conspiracy to supply Class A drugs.

Then on Wednesday the ex Geordie Shore 23-year-old was also brought into the police station.

At the same time as he was being questioned a court case was being held at South Tyneside Magistrates’ Court to determine the bars’ futures.

It was decided The Empress will remain closed for another 14 days, while the cases of House of Smith, Madame Koo and Floritas were also due to have their cases heard, but they have been adjourned until December 28.

Officers used the Anti-Social Behaviour, Crime and Police Act 2014 act to issue a closure notice, forcing the venues to shut for at least 48 hours before the hearing. 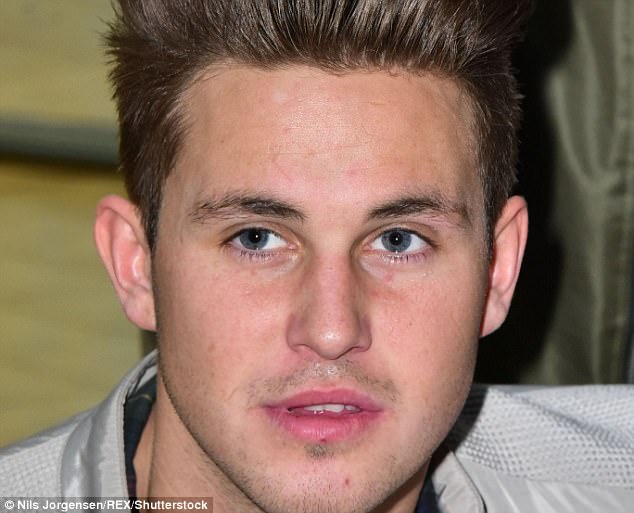 The reality television star, pictured last year at a photocall in London, was released under police investigation and accompanied by his solicitor

Newcastle’s Marty joined Geordie Shore in 2015 but is believed to have left the show earlier this year.

A Northumbria Police spokesman confirmed another man had been arrested and questioned in connection with the case.

He said: ‘A 23-year-old man has been arrested on suspicion of being concerned in the supply of Class A drugs. He has been released under police investigation.’