George Calombaris opens up on his darkest days after underpayment scandal

Disgraced celebrity chef George Calombaris has spoken candidly about his spectacular fall from grace going from a judge on MasterChef to the ‘poster boy for wage theft’.

The 43-year-old restaurateur said he turned to the bottle and ‘cried a lot’ in the dark days after his hospitality company MAdE collapsed.

The hospitality group in 2019 was ordered by the Fair Work Ombudsman to pay back workers $7.8 million after failing to give them penalty rates for years.

Calombaris was personally hit with a $200,000 penalty for the wage rorts but always insisted the underpayments were simply a mistake he blamed on inexperience.

When the matter was still being resolved in the courts in 2017 and his public profile plummeted, the Melbourne chef was charged with assault after shoving a 19-year-old fan at the 2017 A-League grand final in Sydney for heckling him.

‘It was brutal and I cried a lot,’ Calombaris said on the You Cannot Be Serious podcast with Sam Newman and Don Scott.

‘I drank a lot, I really did. When I drink I don’t get aggressive but when I drink excessively like I did in that period, I’m an emotional wreck.

‘I probably should have opened up more. I was trying to fix it all behind a closed door and I was literally fist-punching myself internally and emotionally.’

Calombaris claimed the confusion stemmed from not being ‘sharp enough’ on the numbers but said once they figured it out they immediately self-reported and came clean.

‘We went to Fair Work and said, ‘guys we found these issues, we’re paying up, every cent, but we also want to give it to a journalist to talk the story,’ he said. 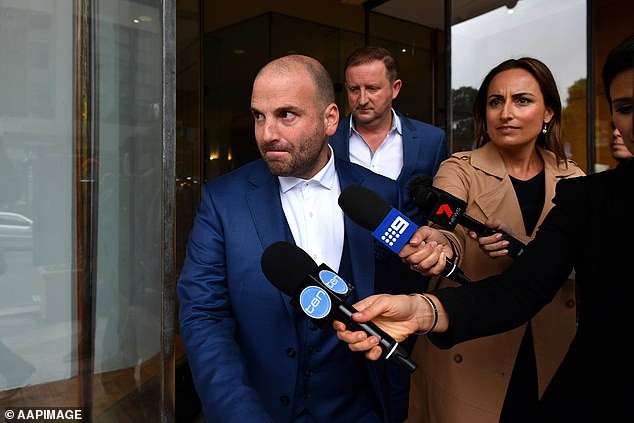 ‘Hopefully that will get everyone else in an industry that is rife with payments under tables and stuff like that, for everyone to pull their socks up.

‘Unfortunately, the name George Calombaris, when it was high, everyone was flying and loved it, everyone wanted to be around it.

‘But when they did that list I became this poster boy as the wage thief, it punched us right in the face.’

Another crushing blow came when he was kicked off the prime time TV show he co-hosted for 11 years. 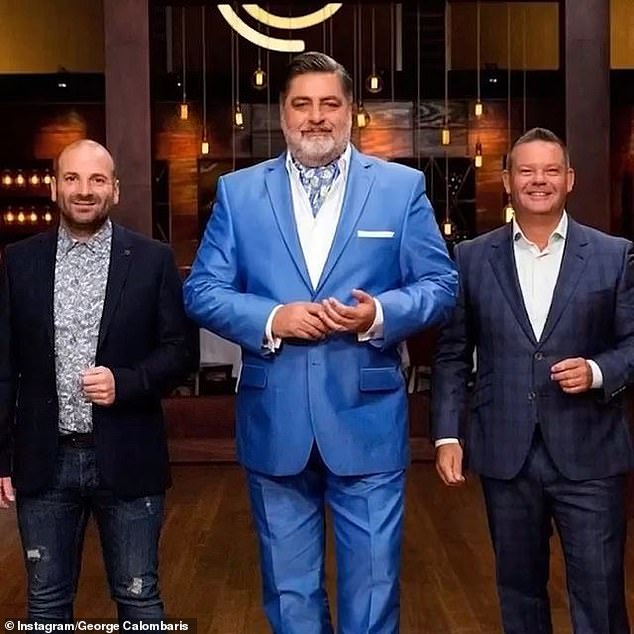 MasterChef moved from Channel Ten to Seven along with fellow judges Matt Preston and Gary Mehigan, but because of the toxicity surrounding him, Calombaris wasn’t invited.

‘Channel Seven wanted us over but then my s**t hit the fan with the restaurants and at the time the boss said we don’t want George, he’s on the nose. We were going to do something new,’ he said.

‘Seven came over and they were knocking the door down and the boys made the decision to go to Seven and Seven didn’t want me.

‘I get Channel Seven, this guy is smelly, he’s on the nose. I’m not having a go at Seven.

‘I think they (Preston and Mehigan) did what they needed to do for themselves and their families.’ 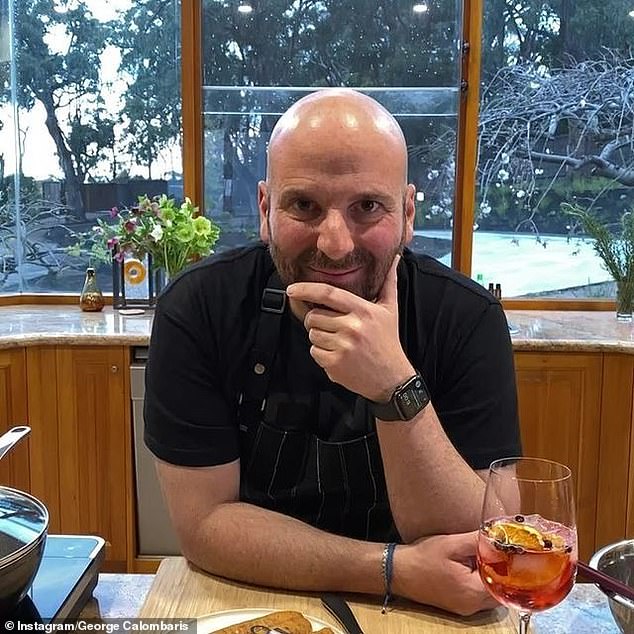 Calombaris was personally hit with a $200,000 penalty for the wage rorts while his hospitality group was ordered by the Fair Work Ombudsman to pay back workers $7.8million

Still craving the spotlight, Calombaris made a bizarre return to TV recently with an appearance on Channel Nine’s The Masked Singer.

‘Pool bars, hotels, signature restaurants, basically I’ve come on board as their culinary and creative person,’ he said.

‘I’m really excited. I’m at a point in my life where I want to be the coach not the captain.’

FEBRUARY 10, 2020 – It is reported Made could fall into voluntary administration, putting the futures of 500 workers at its 18 restaurants at risk.

MAY 2020-  the Yo Chi Frozen Yoghurt chain owned by George Calombaris is told off, marking the end to the celebrity chef’s restaurant empire.