George Calombaris’ wife and kids have been ‘heckled, teased and bullied’ over business collapse

Restaurateur and friend of George Calombaris, Matteo Pignatelli, said the celebrity chef’s wife and kids have been heckled and bullied after his business collapsed.

Calombaris has been plagued by scandal in and out of the kitchen in the years since his television debut as one-third of the MasterChef judging panel.

From a $7.8million underpayment saga, an overturned conviction for assaulting a teenager at an A-League match and his departure from the show that made him a household name – his somewhat sudden fall from grace culminated on Monday with the collapse of his restaurant empire.

A ‘devastated’ Calombaris revealed 22 companies in his MAdE Establishment Group had gone into voluntary administration.

Restaurateur and close friend of George Calombaris, Matteo Pignatelli (pictured together) said the celebrity chef’s wife and kids have been heckled and bullied after his business collapsed 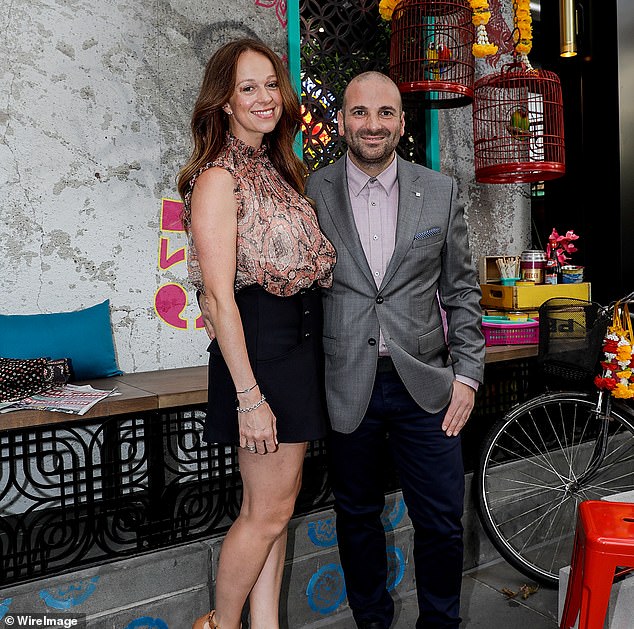 The only part of the business excluded from administration is a chain of four Yo-Chi yoghurt outlets.

Pignatelli has been close to Calombaris’ wife Natalie Tricario for many years and told The Weekend Australian the celebrity chef is ‘very, very family’.

Since Calombaris’ troubles have been broadcast in the media Pignatelli said the celebrity chef’s family has been called out in public.

‘She’s been at the supermarket and been heckled. The kids have been teased and bullied at school,’ Pignatelli said.

‘George told me: “I can handle it, but not Natalie and the kids”. ‘

Pignatelli is also speculating that Calombaris could move to Singapore to get his family away from the bad press.

The restaurateur said Singapore would make sense because of the type of schools there.

‘The kids matter most,’ Pignatelli said.

A ‘gutted’ Calombaris revealed his ‘personal devastation’ at the crumbling of his restaurant empire on Monday. 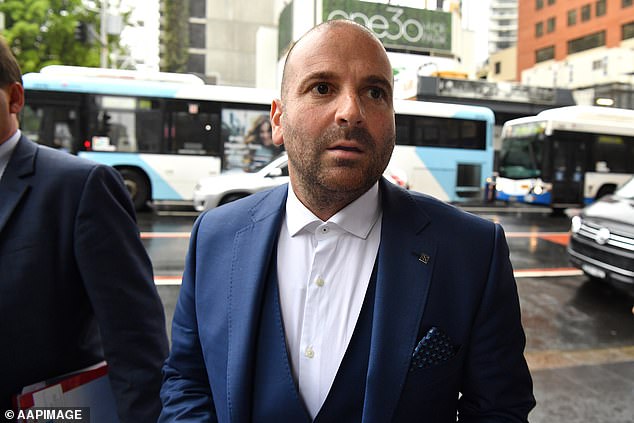 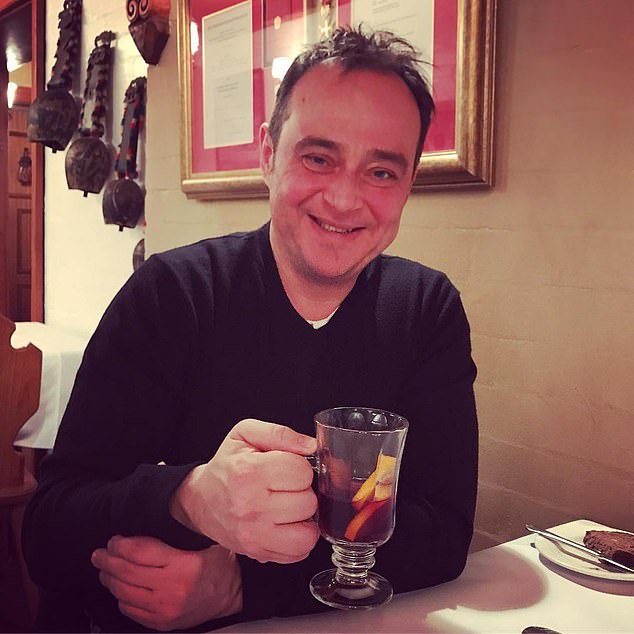 ‘Although we have all continued to work tirelessly and overcome the many challenges we have recently experienced, it is with deep sadness and regret that today MAdE Establishment has been placed into voluntary administration,’ he wrote on social media.

‘To all my team, I truly regret it has come to this. I thank you from the bottom of my heart for your loyalty and friendship.

‘I am so sorry all our collective efforts have not provided to be enough. I’m gutted it’s come to this.’

The announcement came on the same day Calombaris flagged the sale of his mansion in the exclusive Melbourne suburb of Toorak.

An ‘expressions of interest’ sign was seen outside his house on Monday.

Just weeks earlier on Australia Day, Calombaris and his wife sold their holiday home on the Mornington Peninsula for $1.01million at auction.

The bombshell decision to shut down the chef’s businesses comes after it emerged last year MAdE Establishment staff were short-changed $7.8 million in wages and superannuation.

The underpayment scandal first came to light in April 2017 when it was revealed he owed $2.6 million in back payments to 162 MAdE Establishment workers due of payroll ‘discrepancies’ dating back to 2011.

Calombaris was at the time quick to admit the mistake and assured the public that all would be rectified.

The celebrity chef and his then business partner George Sykiotis had spoken out at the time, claiming the issues were resolved.

It wasn’t until Radek Sali became involved in the business in 2016 that more discrepancies were discovered.

The company then reported itself to the Fair Work Ombudsman in 2017. At the time, Calombaris blamed the issue on ‘historically poor processes’. 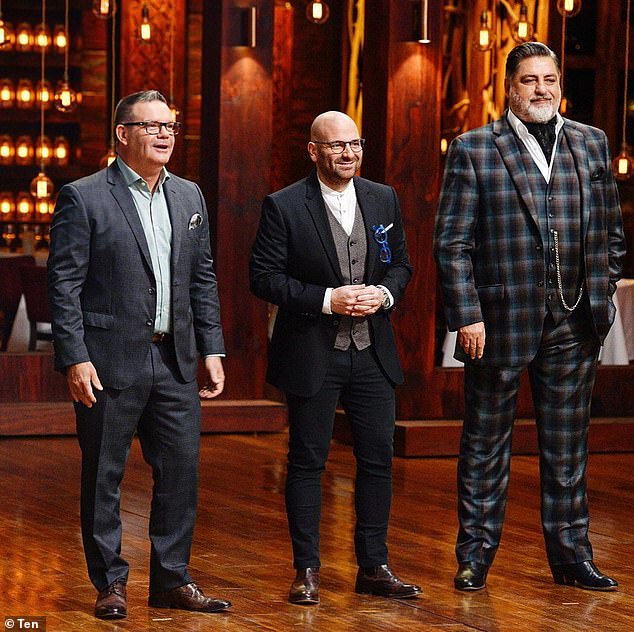 Calombaris was a judge and host on the hit Network Ten show MasterChef from 2009 until 2019. Pictured with co-hosts Gary Mehigan and Matt Preston 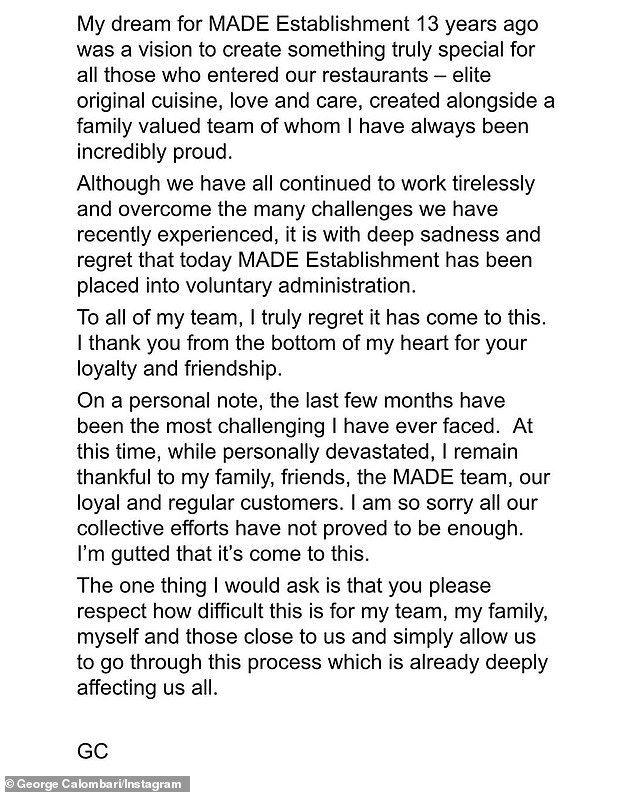 But the saga deepened in July last year when it was revealed the figure had tripled.

Following an investigation by the Fair Work Ombudsman, a number of breaches were identified, including failure to pay split shift allowances, minimum award rates and penalty rates.

Calombaris apologised to his former and current employees, saying he was ‘deeply sorry for what has happened’ – but insisted he didn’t deliberately underpay his staff.

He gave an emotional interview with the ABC after the scandal broke, pleading with customers to stand by his businesses. 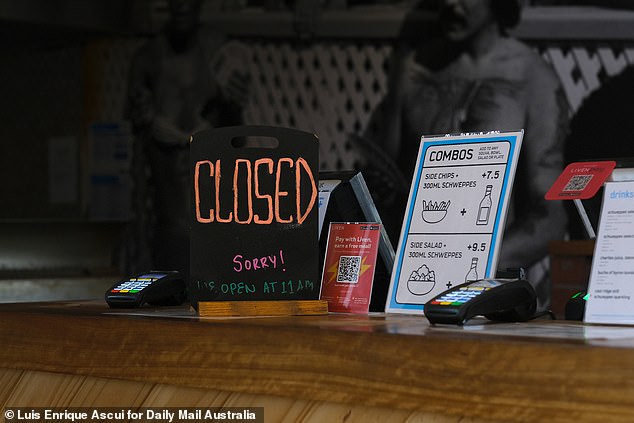 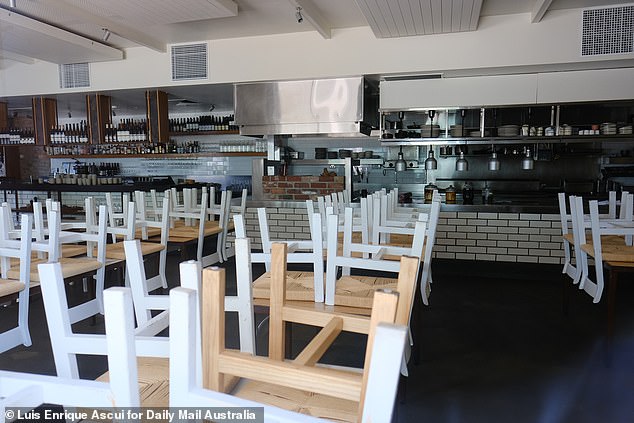 Calombaris insisted the underpayment was a mistake and blamed it on inexperience.

‘I won’t forget that afternoon in 2017 when we sat there with my new business partners after we’d done a full audit for the business and discovered the underpayments,’ he said in the interview.

The celebrity chef’s hospitality group MAdE was forced to backpay all current and former employees who had been dudded on wages.

After the announcement, MasterChef viewers called for Calombaris to be axed from the hit Channel 10 show, while Unions NSW started a petition to get him fired.

Calombaris’ decade-long run as a judge and chef on MasterChef came to an abrupt end that same month.