For Masterchef judge George Calombaris, home is a $4.75 million French provincial-style mansion at the heart of one of Melbourne’s most prestigious suburbs.

Just last year, the celebrity chef, 40, and his wife, Natalie Tricarico, bought a $2.2 million weekender on a ‘majestic’ Mornington Peninsula, via a business they run.

Calombaris’s property portfolio, valued at more than $7 million, has been revealed after the reality star and the MAdE Entertainment company he founded were fined for underpaying workers.

‘The epitome of luxury living’: Masterchef judge George Calombaris’s Melbourne home was purchased for $4.75 million in 2013 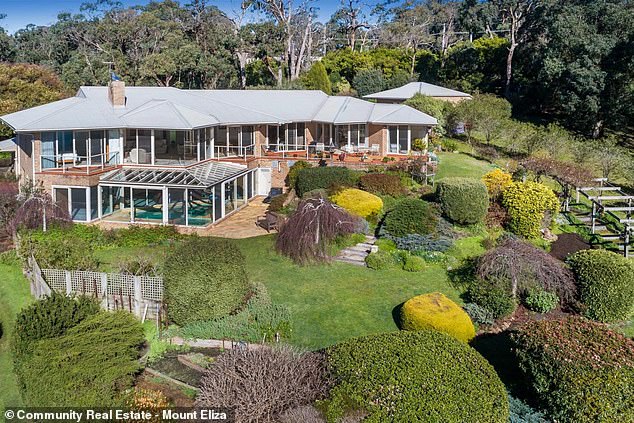 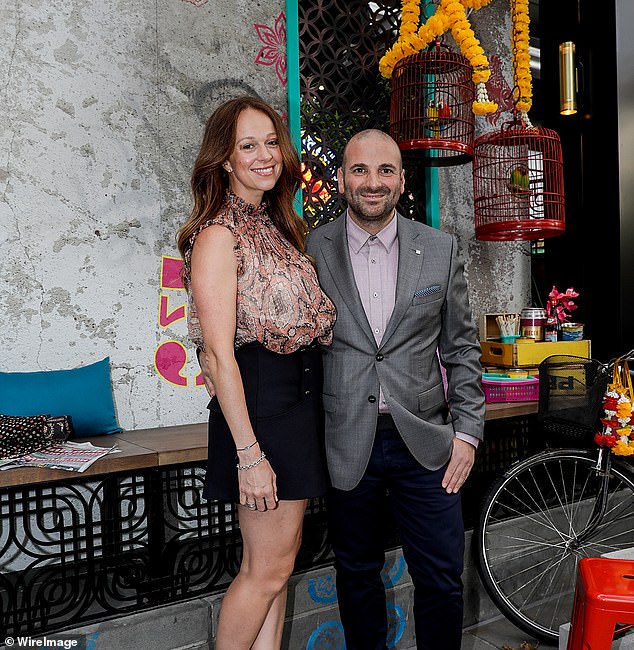 Calombaris (with his wife Natalie) and his company were slapped with a $200,000 fine by the Fair Work Ombudsman 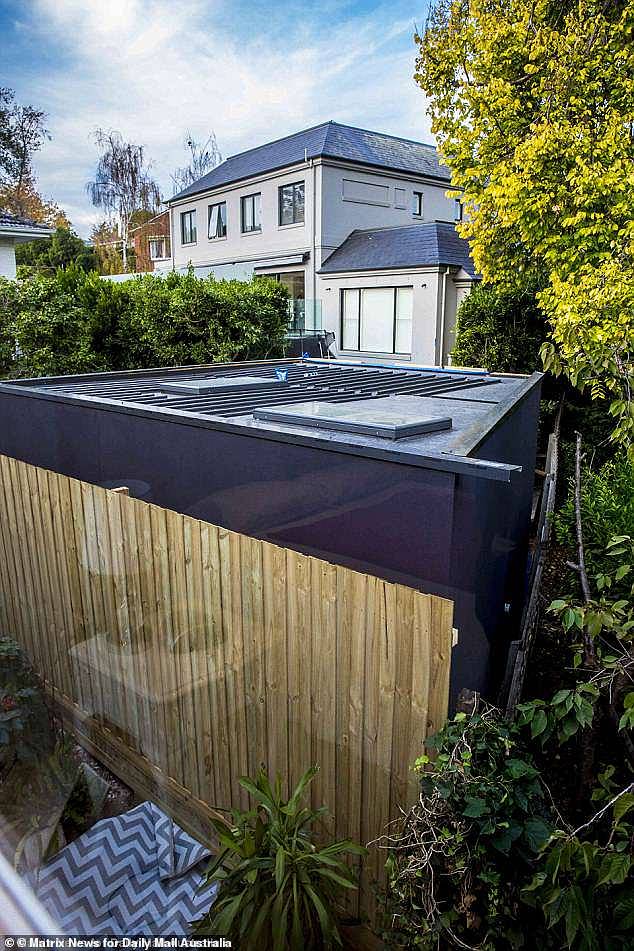 The Fair Work Ombudsman slapped Calombaris and Made with a $200,000 fine after ruling restaurant workers were underpaid almost $8 million in wages.

More than $7.83 million has been back-paid to 515 current or former employees of restaurants Press Club, Gazi and Hellenic Republic for work between 2011 and 2017. A further $16,371 was back-paid to nine employees of Jimmy Grants.

As part of a court-enforceable agreement, Calombaris must implement new payroll and compliance systems across his stable of restaurants. He will also have to ‘complete speaking engagements to educate the restaurant industry on the importance of workplace compliance’.

‘George should pay a serious price for this massive theft of workers’ wages,’ she said in a statement.

‘He should be taken off MasterChef. How many more excuses does George get?’

Ms Belfrage said she and fellow workers asked for Calombaris to hand over records so they could recover their entitlements, adding that he had not been cooperative.

Calombaris apologised this week. ‘It is our people that make our restaurants great, and it is our priority to ensure all of our employees feel respected, rewarded and supported in their roles,’ he said.

Daily Mail Australia does not suggest a connection between the wage issue and Calombaris’s property investments.

But it is clear Calombaris’s television stardom and business acumen has allowed him to enjoy the perks of an enviable property portfolio. 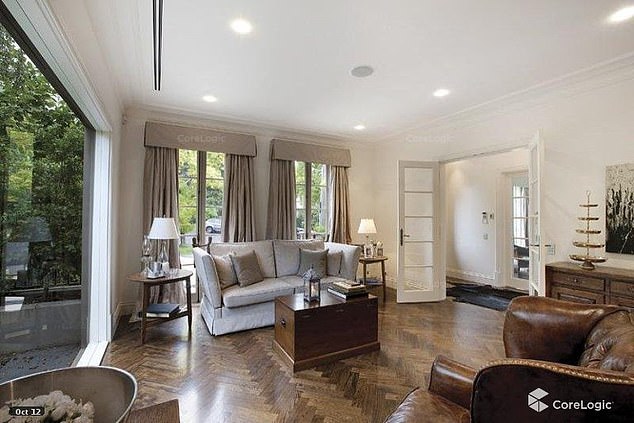 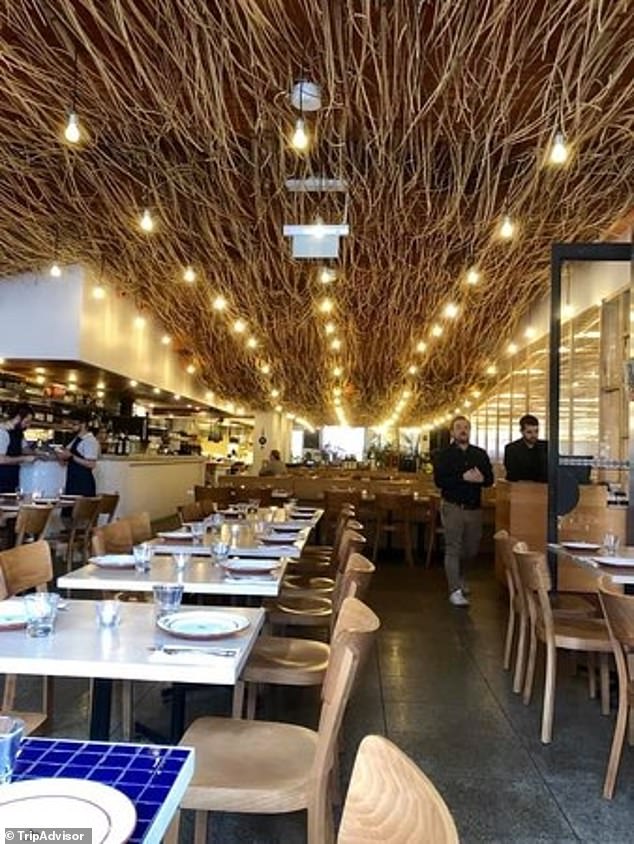 More than $7.83 million has been back-paid to 515 current or former employees of restaurants Press Club, Gazi and Hellenic Republic restaurants (Kew property above) for work between 2011 and 2017 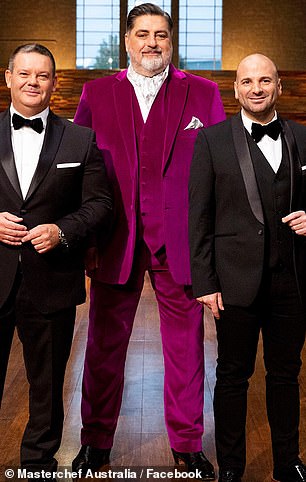 Network Ten – which broadcasts Masterchef – covered Calombaris’s underpayment saga on The Project on Thursday evening. The reality star is pictured above with fellow hosts Matt Preston (in velvet) and Gary Mehigan (left)

Real estate agents described his Toorak mansion as ‘the epitome of luxury living’.

The home has high ceilings, a lap pool, a cinema room, basement storage and zoned airconditioning.

The home was at the centre of a media storm last year after an elderly neighbour complained about a ‘monstrous’ backyard gym Calombaris had constructed in his backyard.

Helen Elsworth, 72, compared it to a public toilet block. But the celebrity chef said his neighbours would ‘be rapt’ with the result when the gym was finally completed.

The property was described as ‘(affording) a life of absolute luxury coveted by many yet achieved by few’ and a ‘grand home of incontestable splendour’.

WHAT GEORGE CALOMBARIS AND HIS COMPANY HAVE SAID

The celebrity chef told Melbourne newspaper The Herald Sun there were two ‘important things for Australians to know’ about the wage scandal.

‘The first is that when we discovered there were incorrect payments to members of the team, we self reported to the Fair Work Ombudsman and co-operated with their investigation,’ Calombaris was quoted saying.

‘The second is that our team members, past and present, have been back-paid in full, and the vast majority repaid before October 2017 in consultation with Fair Work.

‘There is no excuse for this and we have the ­systems in place now.’

MAdE, which Calombaris founded and remains a shareholder of, said in statement: ‘The incorrect payments were identified by MAdE during a review in early 2017, following a change in ownership and management.

‘After an investigation, the (Fair Work Ombudsman) confirmed Made’s finding that employees had been incorrectly classified and underpaid due to incorrect processes and failures within its payroll and human resources functions’.