George Clooney and his wife Amal are reportedly set to splash out £6.8million (€7.9million) on a sprawling 425-acre estate in the south of France.

It is thought that the couple are close to purchasing the property in Brignoles in the Var, known as Domaine de Canadel, which boasts a swimming pool, tennis court and a 25-acre (10-hectare) vineyard.

The stunning historic house is also thought to be just a stones throw from George’s fellow Hollywood star and Oceans’ co-star Brad Pitt’s Château Miraval in Correns, meaning the pals would be neighbours while in Europe.

New pad? George and Amal Clooney are reportedly set to splash out £6.8million (€7.9million) on a sprawling 425-acre estate in the South of France

Set on 425 acres (172 hectares) the 18th century main house is thought to be spread out over three stories to provide ample space and have been remodelled in the 1990s by architect Bruno Lafourcade, reports Dirt.

Images show the spacious building covered in scenic vines and boasting blue shutters on the large windows, as well as ample parking for any guests trying to soak up the sunshine with the Clooneys.

The stunning mansion is also surrounded by perfectly landscaped gardens as well as a smaller house for a caretaker and private olive grove.

While the interior of the home features lots of spacious rooms to relax in, including a large sitting area complete with a built-in bookcase and several sofas, as well as multiple bedrooms and a good-sized kitchen. 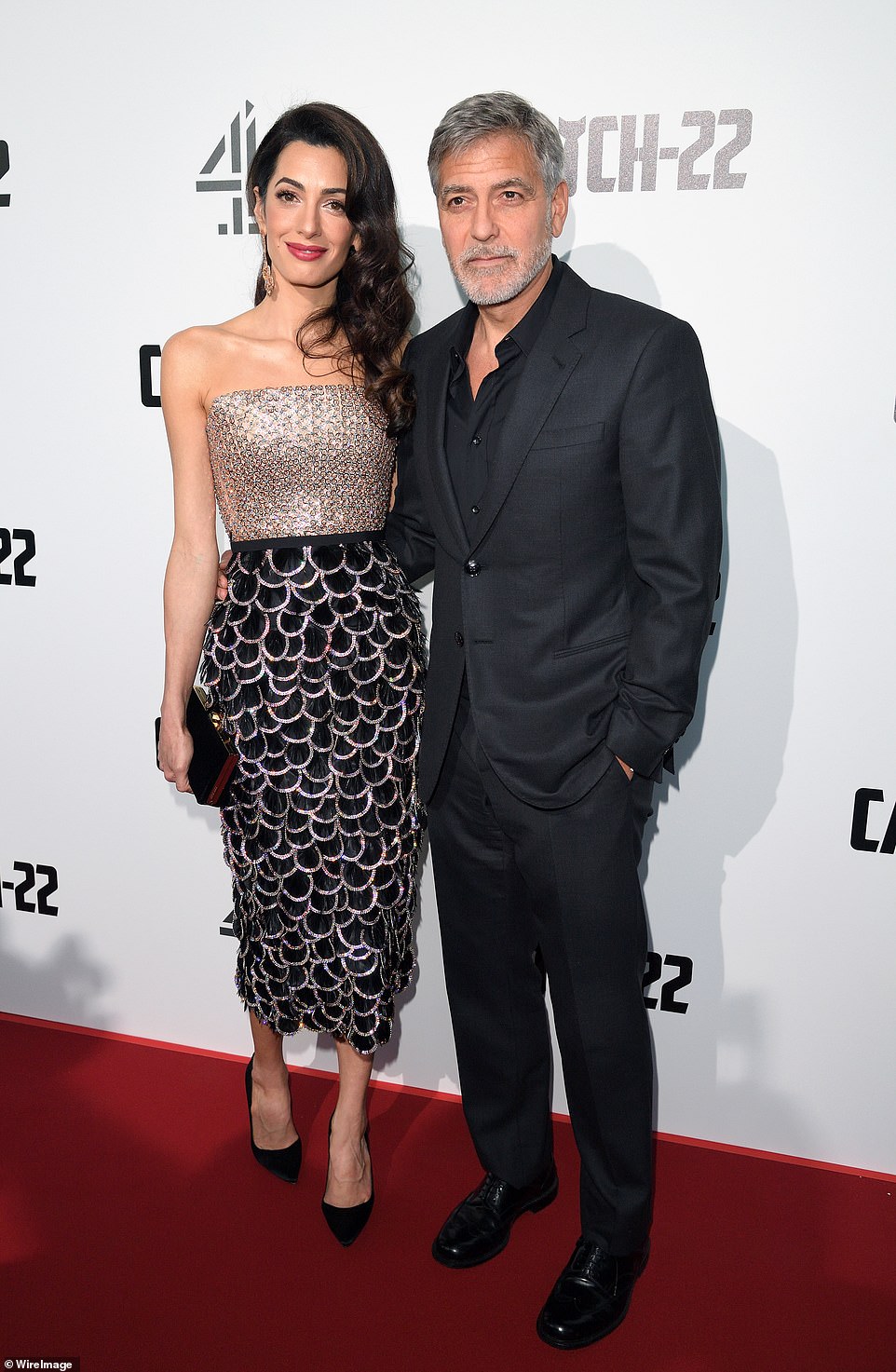 A place in the sun? If the couple do purchase the property, they’d only be a stones throw from George’s fellow Hollywood star and Oceans’ co-star Brad Pitt’s Château Miraval in Correns (George and Amal are pictured in 2019)

The Clooneys would also have lots of room to entertain while enjoying the sweeping views as the picturesque house comes with ample outside seating dotted around the property.

The mayor of Brignoles Didier Brémond appeared to confirm that the Clooneys were moving in when he recently addressed the chatter in the French press.

He told France Bleu: ‘George Clooney came above all to seek tranquility and not necessarily a large wine estate. He bought this property to come and rest.’

It is thought that George and Amal are purchasing the spacious estate from an Australian couple.

However there have been reports in the French press that the estate has already been sold to a local investor for six million euros – although no contracts have been signed, reports Var Martin. 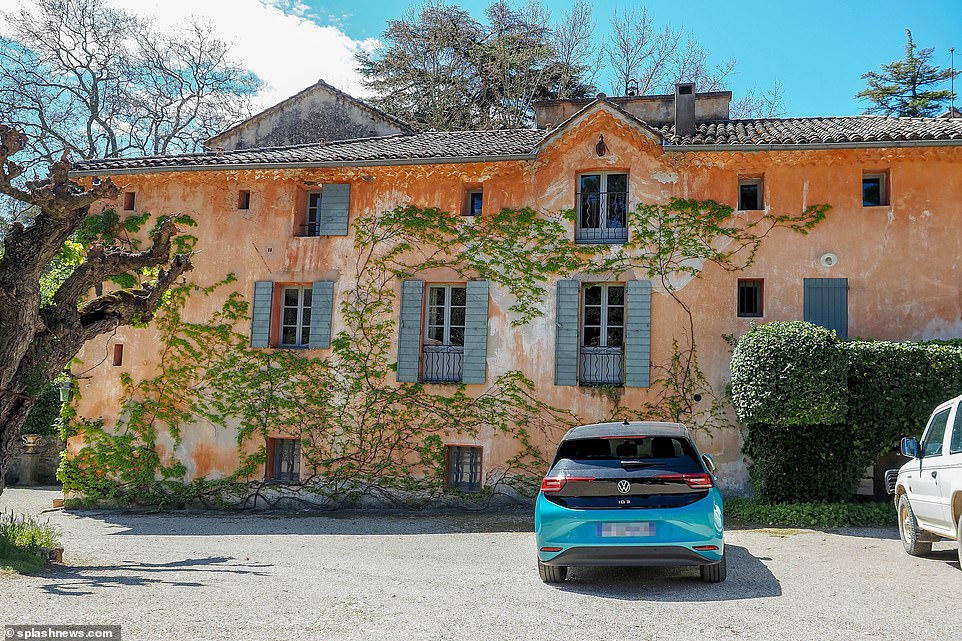 Picturesque: The countryside abode boasts vines across the building and blue shutters on the windows 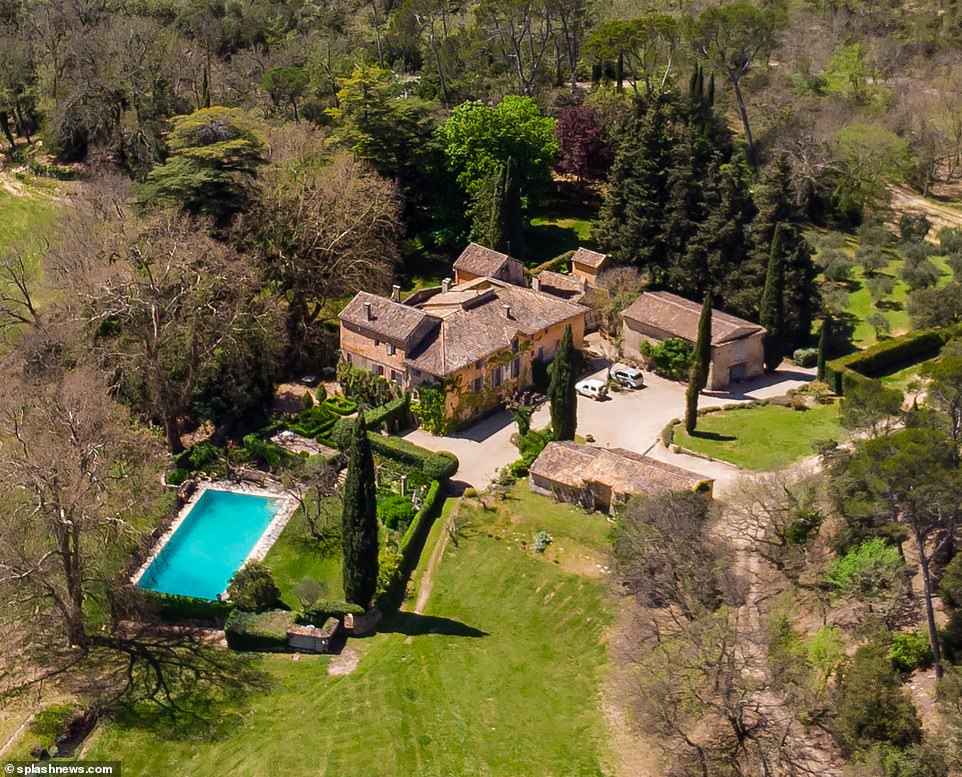 Stunning: The estate in Brignoles in the Var, known as Domaine de Canadel, comes with a swimming pool, tennis court and a 25-acre (10-hectare) vineyard 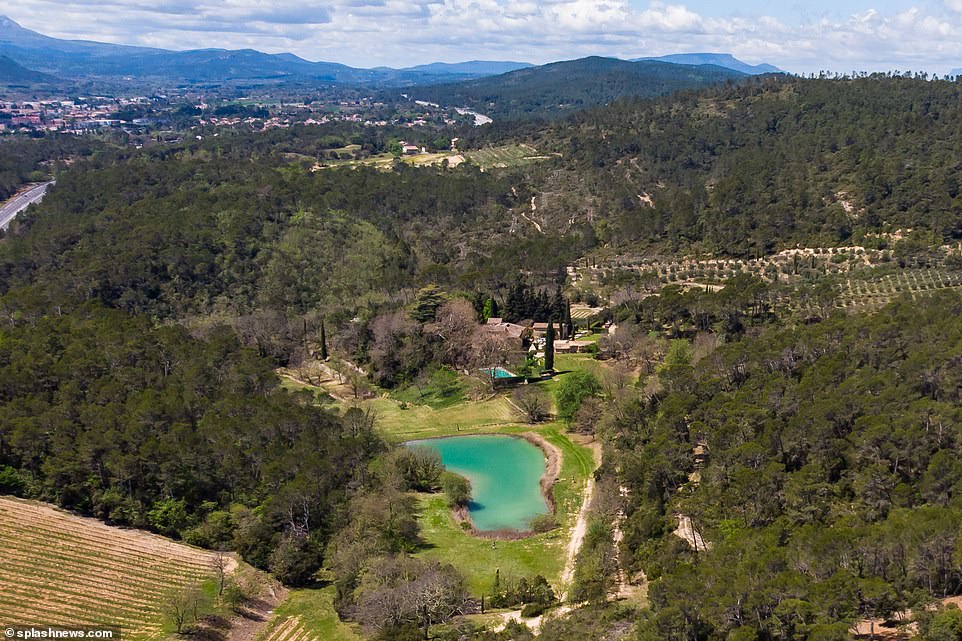 Perfect for exploring: Set on 425 acres (172 hectares) the alleged purchase would provide lots of room for entertaining guests

It comes after George said he’s ‘not thrilled’ about turning 60. The Midnight Sky actor will celebrate the milestone birthday on May 6 and though he’s not happy about his advancing years, he joked things could be worse.

‘As far as turning 60, listen, I’m not thrilled with it but it’s better than dead. So I’ll take it. I got two options,’ he quipped.

George and his wife Amal, 43, have three-year-old twins, Ella and Alexander, and the couple are already teaching the tots to be charitable.

Speaking to Entertainment Tonight, he said: ‘Well, you try [to instill charitable values]. They’re not quite four yet so they don’t [understand]. My kids will always say, they’ll pick up a toy and they’ll go, “This is for the poor people.”

‘And I go, “Good. OK, so let’s put it in the basket and we’ll take it to the poor people.” And then there’s this shock on their face when reality hits.’ 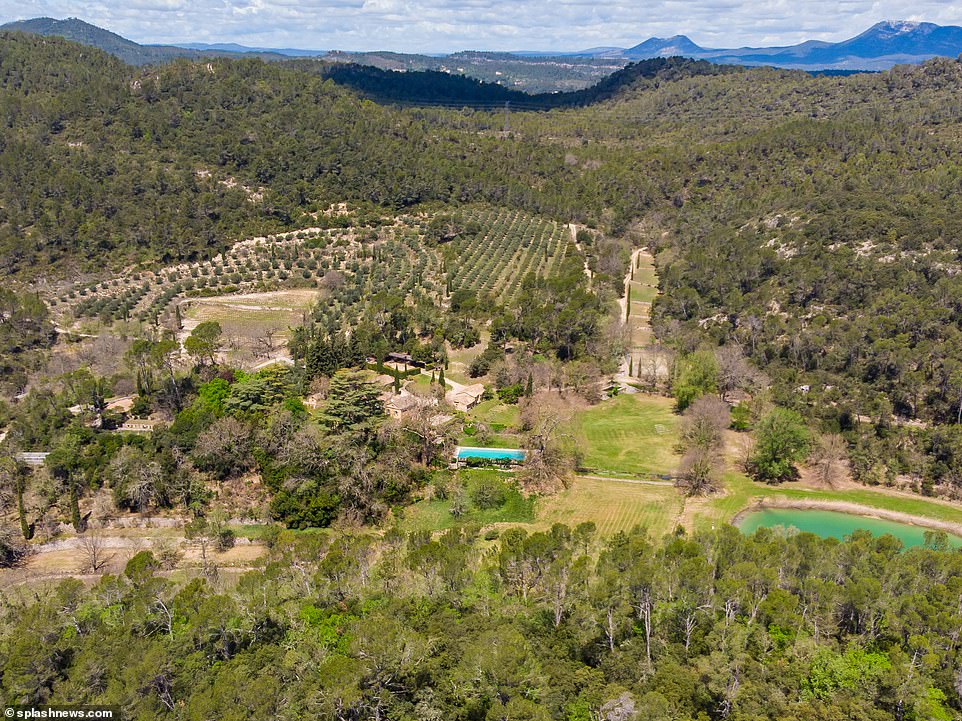 What a view: Stunning countryside scenery surrounds the abode, with mountains visible in the distance 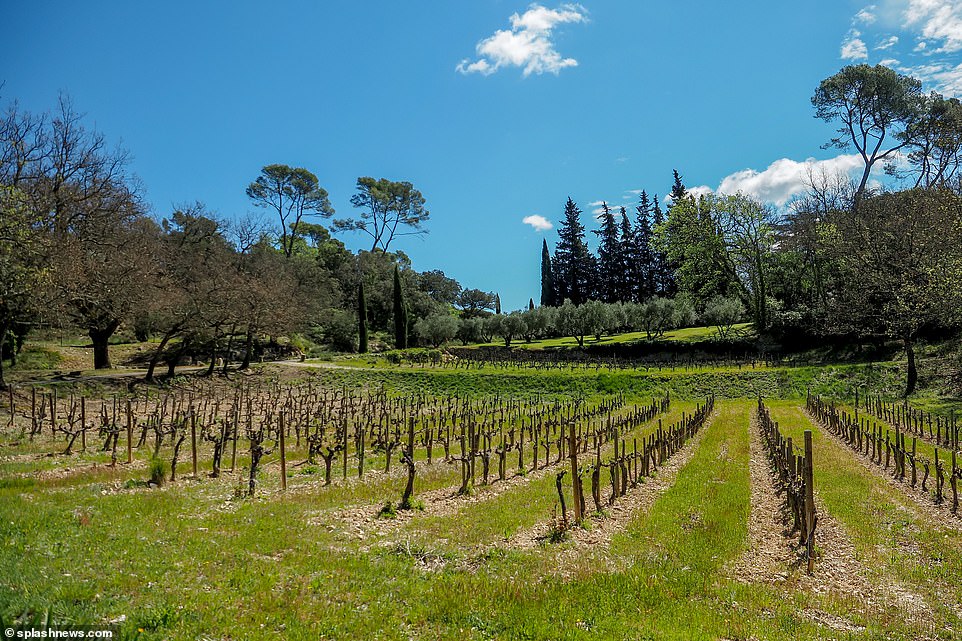 Countryside escape: The mayor of Brignoles Didier Brémond appeared to confirm that the Clooneys were moving in when he recently addressed the chatter in the French press, saying George ‘bought this property to come and rest’ 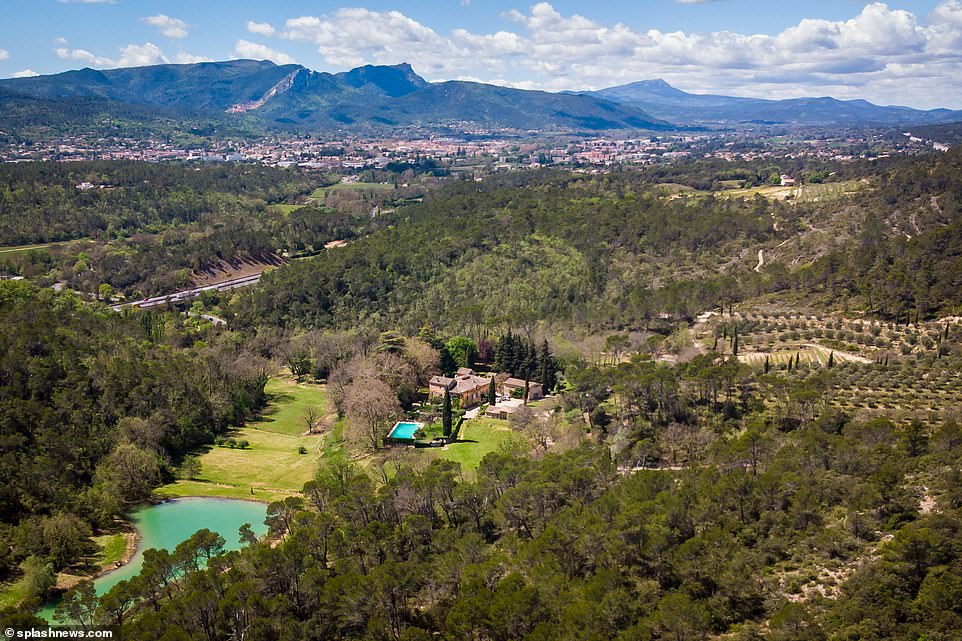 Claims: It is thought that George and Amal are purchasing the spacious estate (picutred) from an Australian couple 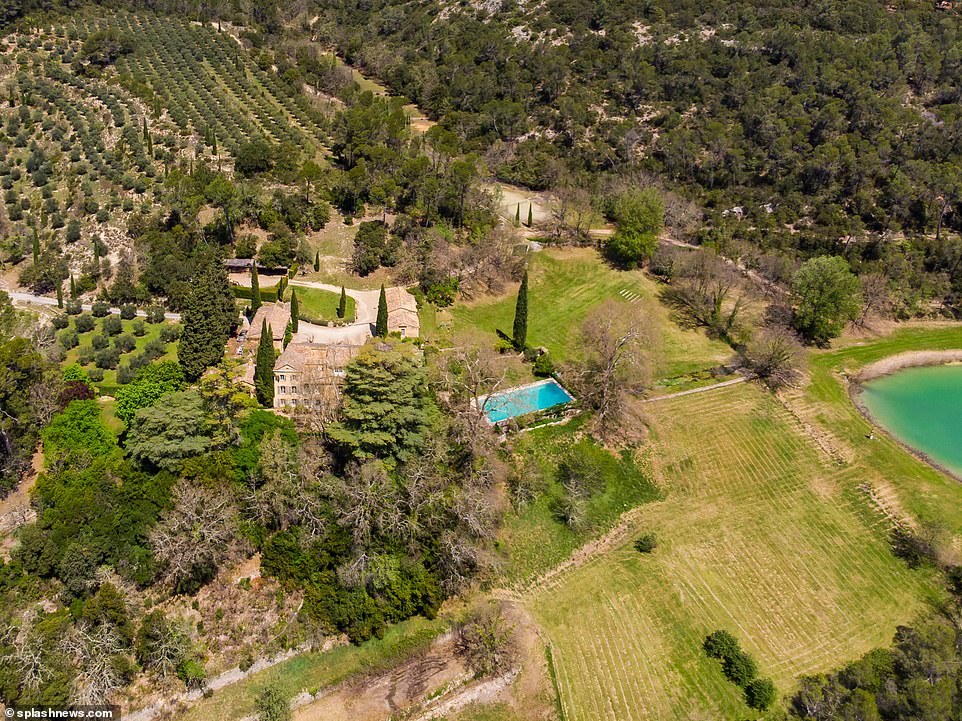 So much room: As well as having perfectly landscaped gardens, the estate comes with its own olive grove and vineyard

‘But I hope so. My parents always taught me that the best things you could do [is] challenge people in power and look out for people who aren’t in power and those kinds of things.’

The Gravity star is a director of the Motion Picture & Television Fund, which was founded in 1921 and offers care and assistance to those in the industry and their families with limited resources by helping with financial assistance, case management and even residential living at the Wasserman Campus in Los Angeles.

And George loves taking his wife to visit the facility because it’s so ‘joyous’, even though visiting has not been easy recently due to the coronavirus pandemic.

He said: ‘I brought [Amal] to an event there. This isn’t necessarily the best time because we’re still dealing with the pandemic. 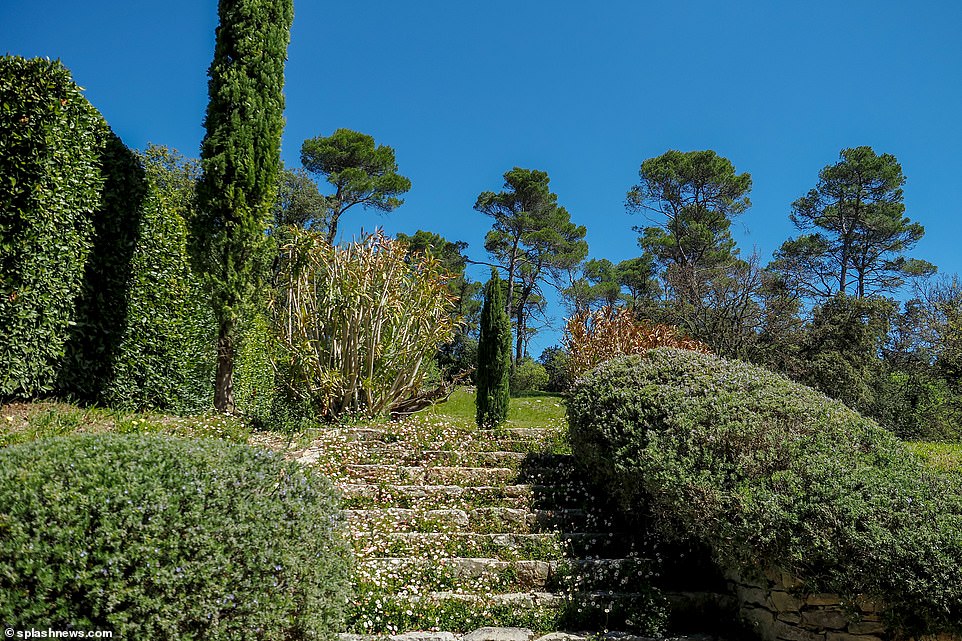 Outside: The landscaped gardens provide lots of areas to kick back in and recuperate after filming Hollywood blockbusters 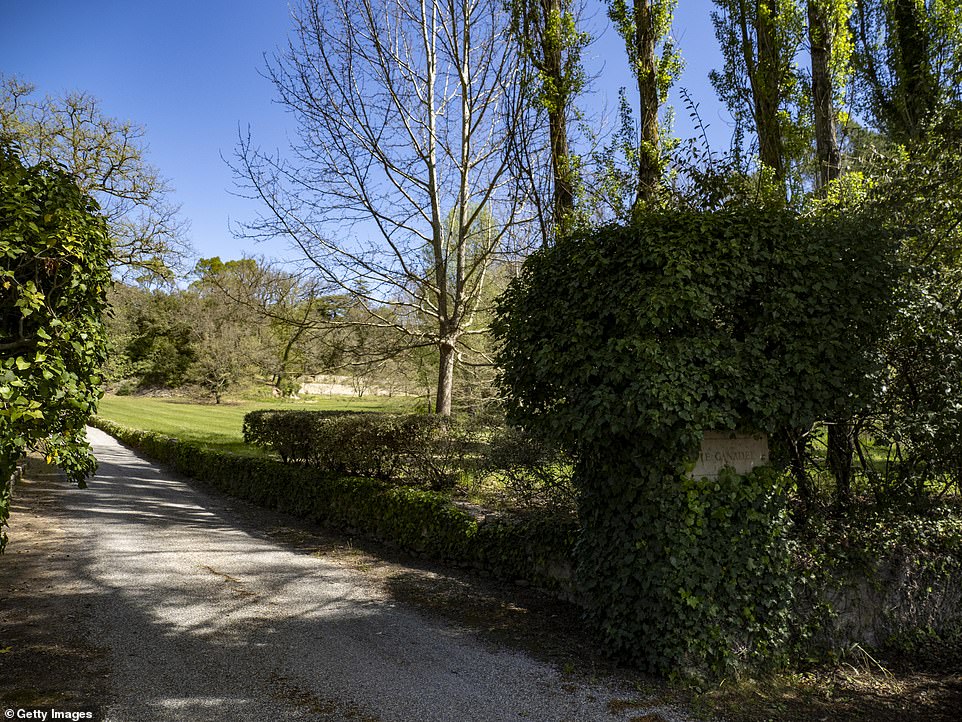 Pretty: Quiet roads also provide lots of opportunities for the owners to explore the land and soak in the stunning views 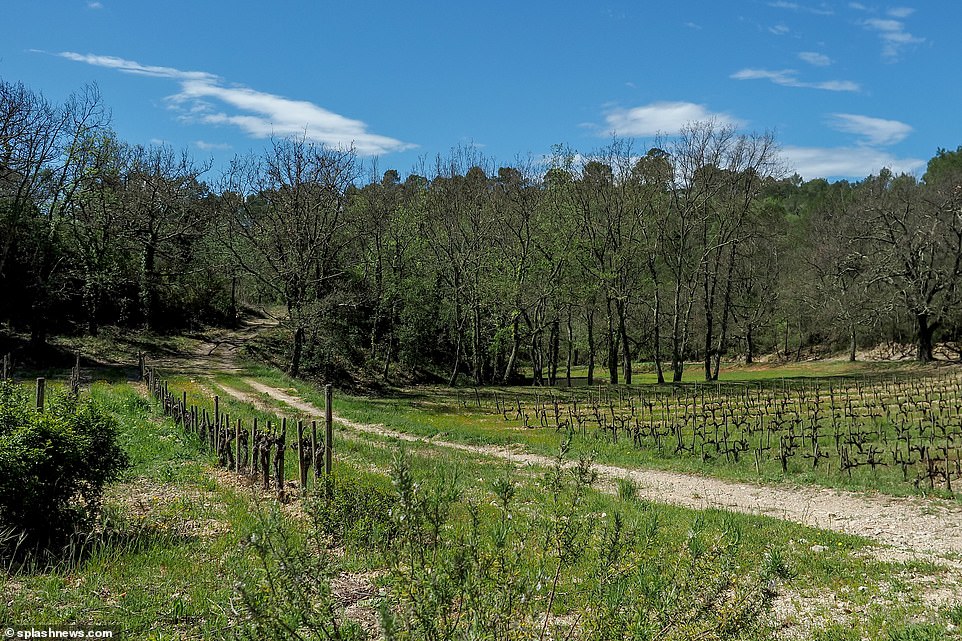 Included: The property features its own small olive grove and vineyard

‘But, when you go to that campus and you walk around – I shot scenes from a TV series there – and we sat down at a table and there’s somebody from My Fair Lady and he started singing I’m Getting Married in the Morning and it was just [amazing]. Everything about it is warm and funny.

‘It’s like you get to be around people that you absolutely would love to be around,’ he noted.

He also said that he thought that had a great effect on Amal because it was when a joyous place.

‘So for us it’s just a matter of where we wanna spend our time and money and understanding that I, in my profession, got very lucky and I know it…and luck needs to be shared.

‘Luck has to be given to other people. You gotta pass it on along the way. And my wife feels the same way and we just love it there. We love it at the home.’ 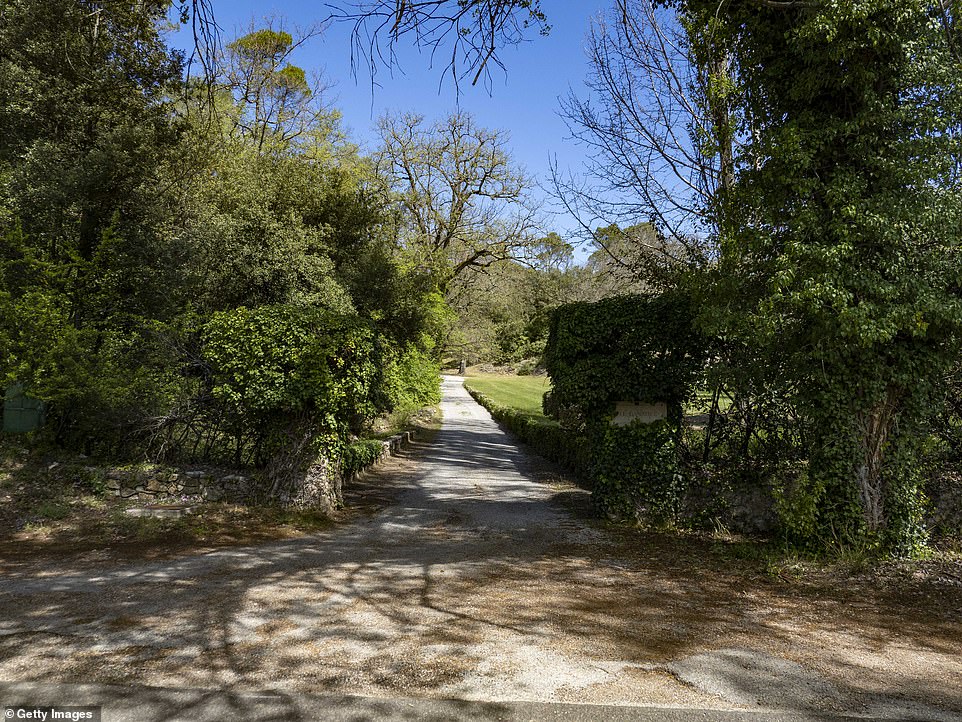 Secluded: Lots of bushes and trees create an idyllic private feeling at the sprawling estate