Republican attorney George Conway called for President Donald Trump’s impeachment again on Friday, this time in a scathing Washington Post editorial published on the same night his wife attended a flashy White House gala without him

President Donald Trump has more than met the ‘high crimes and misdemeanors’ threshold for impeachment outlined by America’s forefathers centuries ago – at least in the eyes of one of his most ardent critics, lawyer George Conway.

The never-Trump Republican husband of Trump surrogate Kellyanne Conway blasted the president yet again on Friday, this time in a scathing Washington Post editorial published on the same night his wife attended a flashy White House gala without her spouse.

In his latest anti-Trump tirade, George Conway referenced the August 12 complaint filed by a U.S. intelligence whistleblower who accused Trump of making a ‘promise’ to a yet-unidentified foreign leader who Conway suggested may be Ukraine President Volodymyr Zelensky.

A former U.S. official has confirmed the communication came in the form of a phone call, according to the Washington Post.

Zelensky and Trump spoke over the phone on July 25 and discussed the nation’s need to ‘complete investigation of corruption cases, which inhibited the interaction between Ukraine and the USA,’ according to Ukraine’s government. 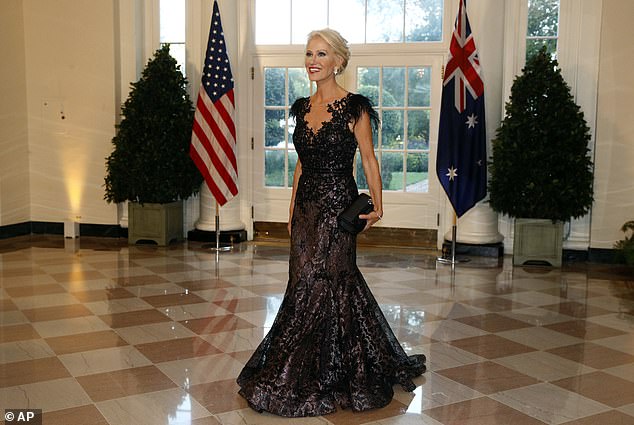 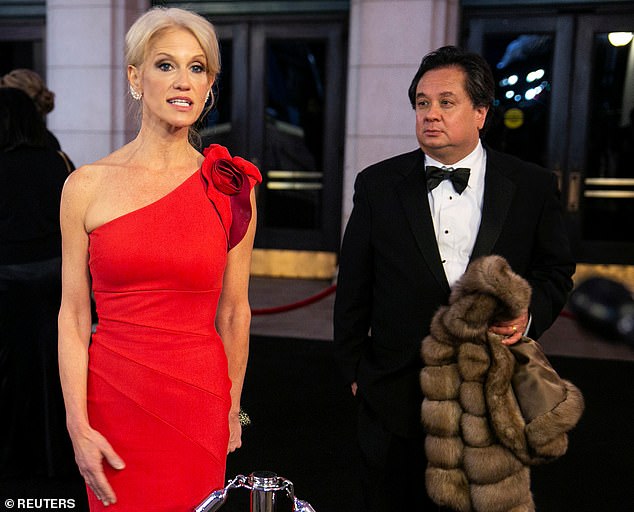 White House Counselor Kellyanne Conway and her husband George Conway arrive for a candlelight dinner at Union Station on the eve of the 58th presidential inauguration in Washington on January 19, 2017 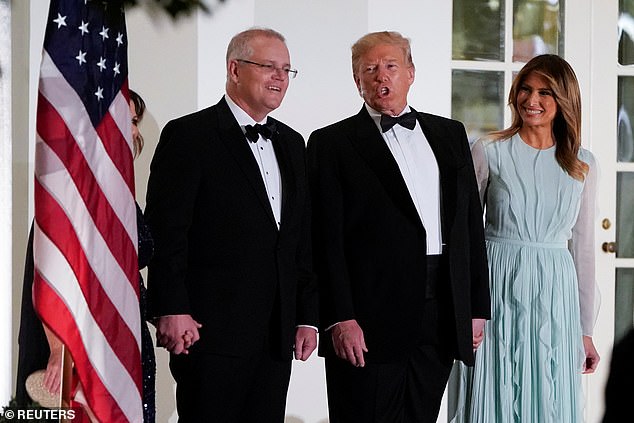 In his latest anti-Trump tirade, George Conway referenced the August 12 complaint filed by a U.S. intelligence whistleblower who accused President Trump of making a ‘promise’ to a yet-unidentified foreign leader some believe was Ukraine President Volodymyr Zelensky 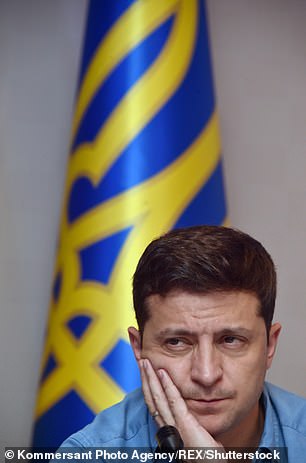 During his time as vice president under Barack Obama, Hunter’s dad made multiple trips to Ukraine to pressure the government to eliminate its widespread corruption.

Then-Ukraine prosecutor general Yuriy Lutsenko said he had no evidence of wrongdoing by Joe Biden or his son.

America’s critics abroad have capitalized on the situation to characterize the U.S. and Biden as anti-corruption hypocrites.

Conway suggest Trump believes there’s more to the story with Hunter and Joe and was anxious to dig up more dirt on his Democratic rival.

Trump’s attorney, Rudy Giuliani both admitted and denied asking Ukraine to investigate Biden in a bizarre CNN interview on Thursday.

In his op-ed, Conway pointed out that Trump recently halted the dispersal of $250 million in military assistance the eastern European nation was set to receive to help its forces deal with the threat posed by Russia, which annexed Crimea from Ukraine in 2014.

‘So it appears that the president might have used his official powers — in particular, perhaps the threat of withholding a quarter-billion dollars in military aid — to leverage a foreign government into helping him defeat a potential political opponent in the United States,’ Conway argued.

‘If Trump did that, it would be the ultimate impeachable act.’

The White House has declined comment on the situation, but Intelligence Community Inspector General Michael Atkinson concluded the complaint was a matter of ‘urgent concern’ requiring congressional oversight committees to be notified. 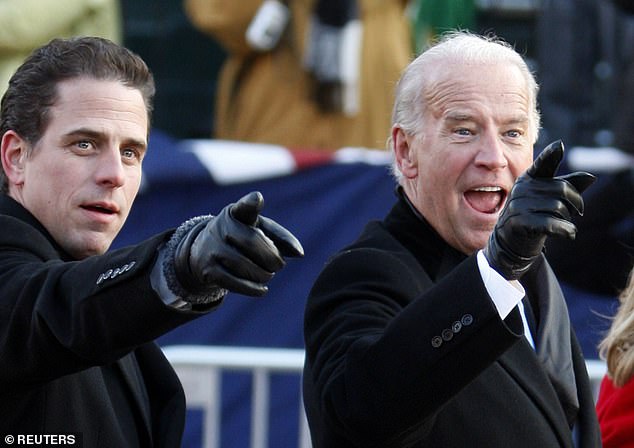 Hunter Biden (left) worked for Burisma Group in 2014. The private Ukrainian gas company has been embroiled in an international money laundering scandal During his time as vice president under Barack Obama, Joe Biden made multiple trips to Ukraine to pressure the government to eliminate its widespread corruption. Then-Ukraine prosecutor general Yuriy Lutsenko told said he had no evidence of wrongdoing by Joe Biden or his son 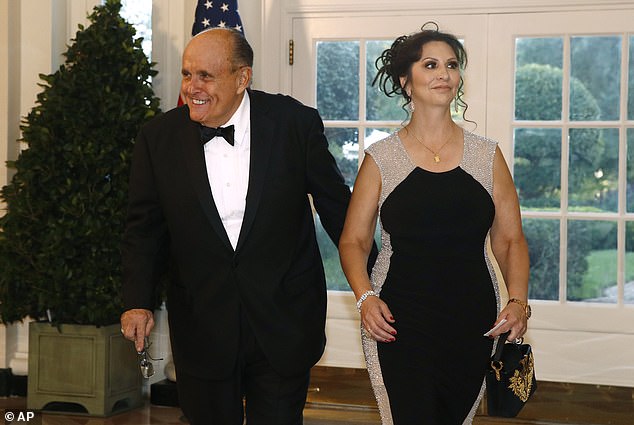 Yet Joseph Maguire, the acting director of national intelligence, has declined to provide lawmakers with specifics about the president’s asserted misdeed in defiance of a Congressional subpoena.

House Intelligence Committee Chairman Adam B. Schiff (D-California) has given Maguire a Tuesday deadline to release the complaint filed against Trump to avoid being summoned to testify on the issue.

George Conway said then-special counsel Robert Mueller’s years-long investigation into whether or not Trump’s campaign colluded with Russia during the 2016 election had already given Congress enough reason to impeach Trump.

But he said the allegations in this week’s whistleblower scandal are ‘even worse.’

‘Unlike the allegations of conspiracy with Russia before the 2016 election, these concern Trump’s actions as president, not as a private citizen, and his exercise of presidential powers over foreign policy with Ukraine,’ Conway wrote.

‘Moreover, with Russia, at least there was an attempt to get the facts through the Mueller investigation; here the White House is trying to shut down the entire inquiry from the start — depriving not just the American people, but even congressional intelligence committees, of necessary information.’

The long-simmering war of words between George Conway and Trump has been a thorn in Kellyanne’s side since Trump hired her in July of 2016.

Kellyanne was all smiles Friday night at the White House State Dinner honoring Australian Prime Minister Scott Morrison in spite of the latest controversy, which she has yet to comment on.