The Institute for Fiscal Studies said the first Conservative-only Budget for 19 years was regressive, taking much more from the poor than the rich.

The think-tank said it was ‘arithmetically impossible’ for the much-vaunted rise in the minimum wage to compensate for cuts to tax credits and other changes.

The Institute for Fiscal Studies said the first Conservative-only Budget for 19 years was regressive, taking much more from the poor than the rich

Downing Street dismissed the conclusions, repeating Mr Osborne’s insistence that all workers would benefit from the decision to increase the minimum wage to £9 an hour by 2020.

In its response to the Budget package, the IFS cast doubt on the Chancellor’s claim to be delivering a ‘lower-tax’ society, pointing out that Treasury papers show tax increases of £6.5billion a year by 2020.

And it pointed out that people paying the 40p rate of income tax are £442 worse off than they were in 2010 because thousands more have been dragged into the bracket.

The think-tank found that low-paid workers will be left worse off by the Budget measures announced by Mr Osborne on Wednesday because the impact of cuts to tax credits and other benefits outweighed the wage boost.

The biggest impact from the welfare cuts will come from the four-year freeze imposed on working-age benefits, which will cost 13million families an average of £260 a year each, said IFS director Paul Johnson. 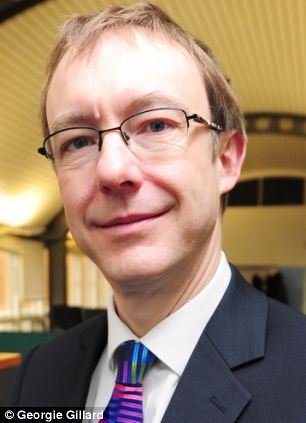 He said the increase in the minimum wage ‘simply cannot provide full compensation for the majority of losses that will be experienced by tax credit recipients – that is just arithmetically impossible’.

Total additional income as a result of the new living wage level will be around £4billion a year – far less than the £12billion being cut from welfare – and many of those benefiting from the higher minimum wage level will not be tax credit claimants, said Mr Johnson.

‘Unequivocally, tax credit recipients in work will be made worse off by the measures in the Budget on average,’ he added. ‘This Budget will lead to a lower-welfare country, as the Chancellor promised.

‘The figures are quite clear though – this was a tax-raising Budget, not quite consistent with the boast that it was aimed at a lower-tax country.’

The Treasury said the analysis was misleading because it did not account for the workers whose pay would rise thanks to the living wage. And Work and Pensions Secretary Iain Duncan Smith said: ‘If you talk about money that people have and won’t have on tax credits, then you are right to say that they will be worse off directly.

‘But when you start adding some of the other things that we have got, the tax changes and with the childcare for parents, you see that some of them are better off. So it’s a bit of a balance.’

Analysis by the IFS suggests the poorest tenth of society would lose around £800 a year as a result of tax and benefit changes in the years up to 2019 – equivalent to almost 7 per cent of their net income.

But the second-poorest tenth – many of them low-paid workers – will be hardest hit, losing around £1,300 a year, or more than 7 per cent of net income.

By contrast, the wealthiest tenth lose less than £400, and the second-richest section gain almost £200.

The changes mean that the poorest three-tenths of society have made a larger contribution than the richest tenth to the process of deficit reduction since 2010, when measured as a proportion of income.