Teachers will spend more time in the classroom as part of their training in a major overhaul of how they qualify under radical plans announced by the Government today.

Ministers will scrap the Qualified Teacher Status (QTS) and replace it with a stronger accreditation process that will be led and assessed by schools.

It will aim to give teachers the same status as doctors and lawyers whereby schools will decide when they are ‘fully functioning’ teachers.

Teachers will spend more time in the classroom as part of their training in a major overhaul of how they qualify, it was announced today by George Osborne (pictured visiting a primary school in West Yorkshire

Headteachers will be given greater powers and will be able to bring in people from other professions under the plans that come a day after George Osborne used his Budget to announce a range of education reforms.

The Chancellor said this morning that reforms to the teacher profession were needed to give children ‘a world-class schooling’.

But teaching unions reacted angrily, dismissing the plans as ‘futile and wasteful’.

It comes a day after he dedicated his eighth Budget to ‘put the next generation first’ but he faces claims he has a £560million black hole in his plans to convert all state schools into academies.

The Chancellor announced £140million would go towards funding the pledge but analysis of how much it will cost to convert England’s 15,632 remaining state schools into academies has found that the money pledged yesterday will only cover a quarter of the conversion. 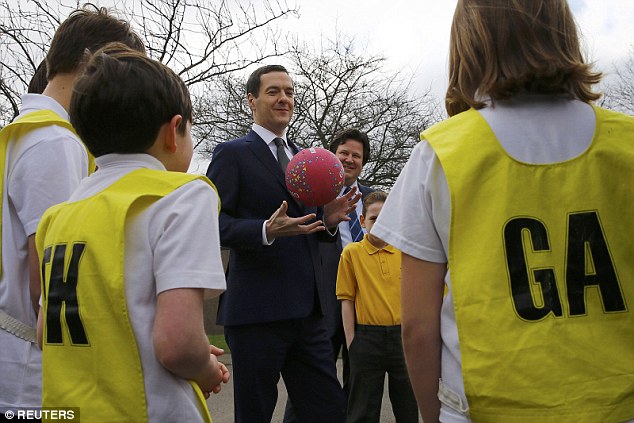 Today’s announcement will deliver a major shake-up of teacher qualifications and will give headteachers greater power over their workforce, giving them freedom to bring in people from other professions to teach pupils.

The overhaul of teacher training will be included alongside other announcements made this week on converting all schools into academies and extending school days past 3.30pm in a blueprint for reforming England’s school system.

Nicky Morgan, the Education Secretary, will introduce the plans to Parliament today. 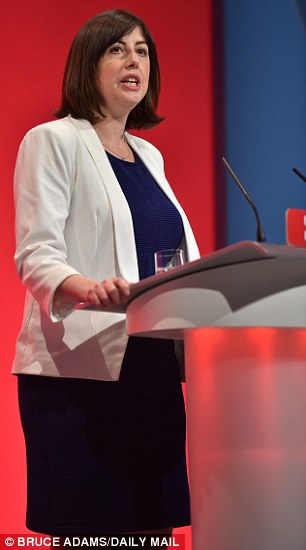 The QTS will not be replaced with another uniform qualification but instead puts the responsibility for deciding when a teacher qualifies in the hands of schools.

A teacher’s school will decide when they are ready to fully qualify and that decision will be reviewed by another school in a peer-led process that mirrors the process of qualification in other professions, such as lawyers.

But it risks reopening the fight that former Education Secretary Michael Gove faced with teacher unions when he introduced plans to allow academies to employ people with no formal teaching qualifications.

He caused outrage with education professionals after allowing schools to hire professionals such as scientists, engineers, musicians and linguists to teach even if they did not have the QTS.

Speaking on a visit to a primary school in West Yorkshire this morning, Mr Osborne said: ‘We are announcing today further improvements to our education so that the kids in our country get a world-class schooling.

‘So we are going to be changing some of the ways we qualify teachers so that they spend more time in the classroom – above all so that they are recognised for the great profession they are, in the same wa‎y for example that doctors are.

‘I think it’s going to be a welcome improvement in support and training we give to our teaching profession.’

But he was forced to defend an apparent shortfall in the amount of money he has pledged towards ‘full academisation’ of England’s schools.

The average cost of transferring a school to an academy is £45,000 – meaning the whole project will cost £700million.

With just £140million put aside for the academy conversion, it leaves a £560million shortfall.

Labour has warned that the black hole will leave Mr Osborne with no option but to raid the budget for a much-needed increase in school places.

‘Schools are already facing an eight per cent cut to their budgets, the first time education spending has fallen since the mid-1990s.

‘This half a billion pound black hole in the education budget means that schools will be further out of pocket as a result. The Chancellor needs to come clean about where this money is going to come from.

‘Parents will recognise that this announcement today doesn’t do anything to tackle the real issues facing our education system – the chronic shortages of teachers up and down the country, the lack of good school places, a widening attainment gap between disadvantaged children and their peers, and exams and assessments in schools in chaos.’

Announcing the ‘radical new proposals’ in a speech today, Ms Morgan said: ‘We have not only the best qualified workforce in history, but also a workforce that is increasingly focused on constant self-improvement, that is driven by the evidence and which like other professions is breaking new boundaries, sharing what works, challenging one another and unleashing greatness.

‘This White Paper recognises this, and goes further than any Government has done to recognise teachers as the professionals they are.’

She added: ‘All of us in education, from politicians and civil servants in Westminster to our phenomenal teaching workforce in classrooms across the country do what we do, because we believe in the potential of the next generation.

‘This White Paper is about ensuring that all of us can play the role that we do best, it’s a blueprint for how we can work together, not just to improve standards, important though that is, but to create a fundamentally different education system – an education system fit for the 21st century, an education system which is truly focused on the future.’

However teaching unions reacted angrily. Chris Keates, general secretary of the NASUWT, the largest union, said: ‘Every pupil should be entitled to be taught by a qualified teacher. However, the proposal to replace the internationally recognised Qualified Teacher Status (QTS) standard with a highly discretionary system of accreditation will rightly provoke serious concerns amongst teachers, parents and the general public.

‘Whilst the White Paper belatedly acknowledges that all teachers should be either accredited or on a path to accreditation, ministers do not appear to have grasped the need to ensure that all teachers are guaranteed access to high quality teacher training and continuing professional development which are the hallmarks of high performing education systems around the world.’

The Conservative’s former Coalition partners also criticised the plans to replace the QTS. John Pugh, the Lib Dem Education spokesman, said: ‘This is a disgraceful step which will drive down standards, disempower parents and devalue teachers.

‘Teachers are held to a high standard because the job they do is so important. It is right that their expertise is formally recognised and it is right that parents know the level of training and experience they can expect from their child’s teacher.

‘The Tories like to talk tough on standards in education but this is the exact opposite, leading to unacceptable variation in teaching standards.’