Investors will be penalised less heavily when selling shares after George Osborne announced a significant cut in capital gains tax in this year’s budget.

The higher rate of tax has been slashed from 28 per cent to 20, while the basic rate will fall from 18 per cent to 10, with the changes coming into effect next month.

It’s the latest measure to make life more accommodating for investors, following the upcoming introduction of £5,000 in tax-free dividends and the increase in the personal allowance to £11,000 – both in April 2016.

Protecting their nest egg: Investors will be able to keep more of their profits when selling shares

Capital gains is a tax on the profit made when an individual sells or disposes of an asset that has increased in value, so a reduction means that investors will be able to keep more of the money they make outside of a tax-free wrapper, such as an Isa.

The Treasury said the reduction in CGT was ‘to ensure that companies have the opportunity to access the capital they need to grow and create jobs’, and to make sure the next generation enjoy a ‘strong investment culture’.

However, property investors and landlords will not see any benefit from the change as sales of residential property and carried interest (the share of profits or gains paid to asset managers) will be subjected to an eight percentage point surcharge – taking them back to the existing rate.

On top of the CGT cut, ‘entrepreneurs’ relief’ will also be extended to long-term investors in unlisted companies.

From tomorrow, anyone buying newly-issued shares in an unlisted company will see their CGT capped at 10 per cent up to an allowance of £10million, provided they are kept for at least three years.

Maike Currie, investment director at Fidelity International says that when looked at in the context of the other allowances brought in by the government, these add to up to a generous financial proposition. 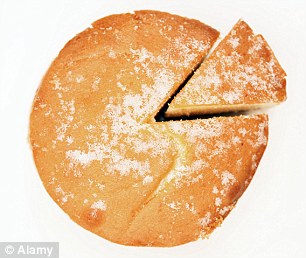 Tax cut: From April, the government will take a smaller slice of investors’ profits

‘That’s a sum total of tax free allowances that could amount to a not insubstantial £33,100

‘Fundamentally there will exist some form of tax- free allowance for most forms of investment return, whether dividends, interest or capital growth.’

She notes that these will be available in addition to the annual ISA allowance and pension allowance and that married couples and civil partners should certainly consider how they might use both sets to potentially make the most of the lower income of one partner and so lower tax rates.

Simon Bashorun, financial planning team leader at Investec Wealth & Investment, agrees that investors need to think about how to make the most of these tax cuts.

He says: ‘The increase in the distance between income tax rates and CGT rates will make drawing on capital each year as a form of income even more attractive than it currently is. This reinforces the need for individuals to build up portfolios which can provide gains to draw down on tax efficiently in the future.

‘Alongside the changes to the taxation of dividends and the normal annual capital gains allowance, the reduction in CGT rates makes directly held stocks and share investments very attractive indeed in certain situations.’