One of George Pell’s accusers has accepted the high court’s decision to overturn his child sex abuse conviction – saying the law is ‘weighed in favour of the accused’.

Known as Witness J, the former choirboy came forward after another accuser died in 2014 and claimed he too was abused by the cardinal.

He said he understood there must be ‘due and proper process’ in a civil society, but feared the system was flawed  – leaving many child sex offenders unpunished.

Cardinal Pell was jailed for six years in 2018 for sexually abusing two choirboys in Saint Patrick’s Cathedral in 1996, but on Tuesday his convictions was quashed.

Two of three Court of Appeals justices at the upheld the jury’s verdict last year, but a full bench of the High Court unanimously quashed the convictions.

‘I respect the decision of the High Court. I accept the outcome,’ Witness J said in a statement released by his lawyer, Vivian Waller.

A child’s tricycle is seen on the gate of the Carmelite Monastery (pictured) where Cardinal George Pell is staying in Kew, Melbourne on Wednesday 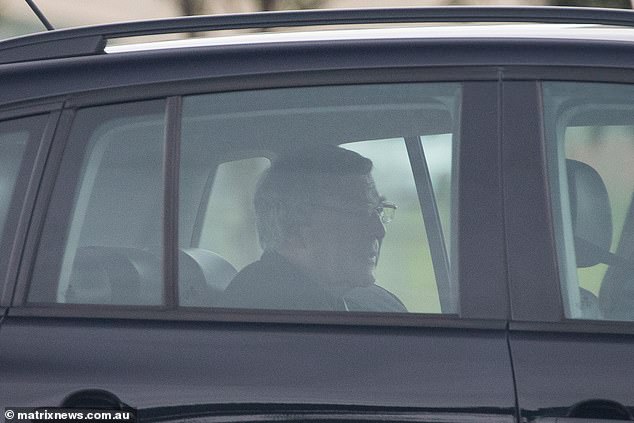 ‘It is difficult in child sex abuse matters to satisfy a criminal court that the offending has occurred beyond the shadow of a doubt.

‘I understand why criminal cases must be proven beyond all reasonable doubt.

‘No-one wants to live in a society where people can be imprisoned without due and proper process. This is a basic civil liberty.

‘But the price we pay for weighing the system in favour of the accused is that many sexual offences against children go unpunished.’

But Witness J said he hoped the outcome wouldn’t discourage child sexual abuse survivors from coming forward, and reassured them ‘most people recognise the truth when they hear it’. 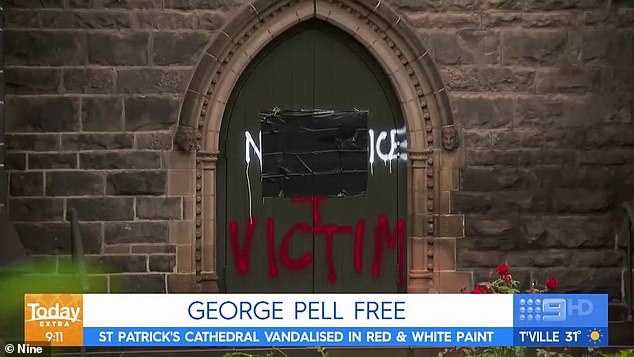 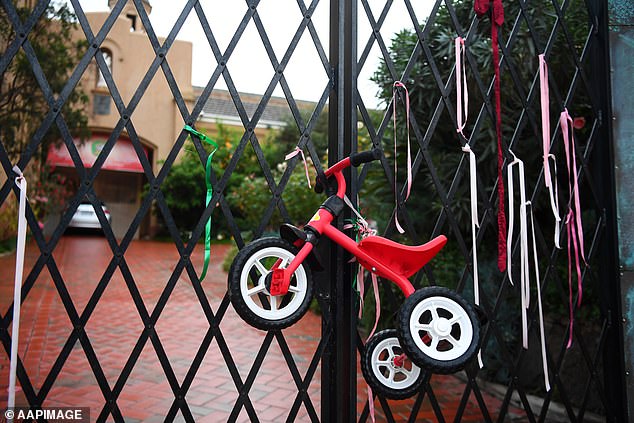 Cardinal Pell was acquitted of child sex abuse convictions and spent his first night out of prison in this monastery, where a child’s bike was left (pictured)

The father of the boy who died said he was shocked at the result, and heartbroken for his son’s friend ‘who had nothing to gain from speaking out’.

Cardinal Pell spent his first night after 405 days in prison at the Carmelite Monastery in Melbourne, where a lone child’s tricycle was left overnight.

And it seems Pell could be already enjoying his new found freedom, with a private chef seen leaving the Carmelite Monastry in Melbourne on Wednesday morning. 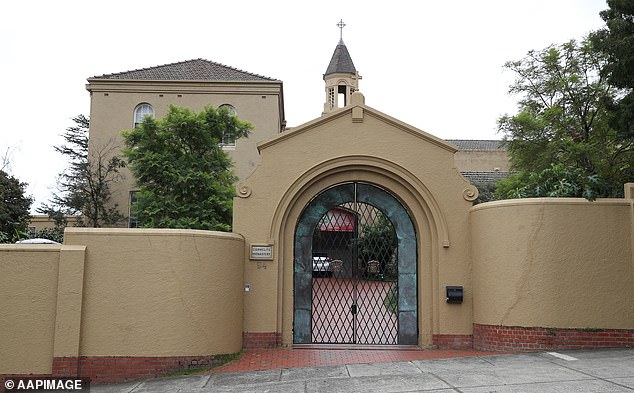 The Carmelite Monastery in Kew (pictured), where George Pell is staying following his release HM Prison Barwon in Geelong on Tuesday

He is also said to be planning a trip to Rome, which is currently in lockdown after 17,000 Italian coronavirus deaths, or out to America, which is similarly affected.

Some reports suggested that the cardinal could even speak directly to the media as early as Wednesday afternoon. 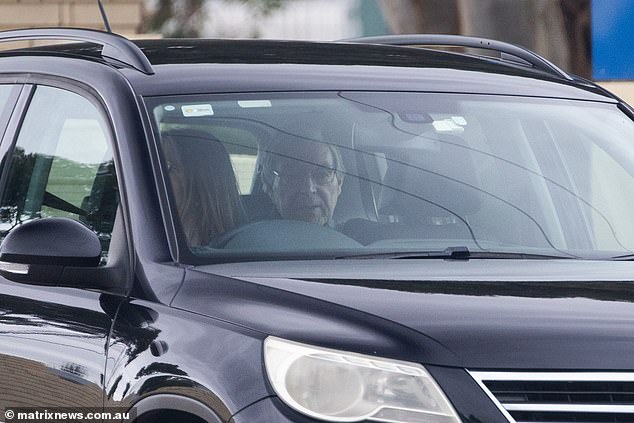 George Pell is seen on Tuesday (pictured) after being released from prison, having spent 405 days behind bars 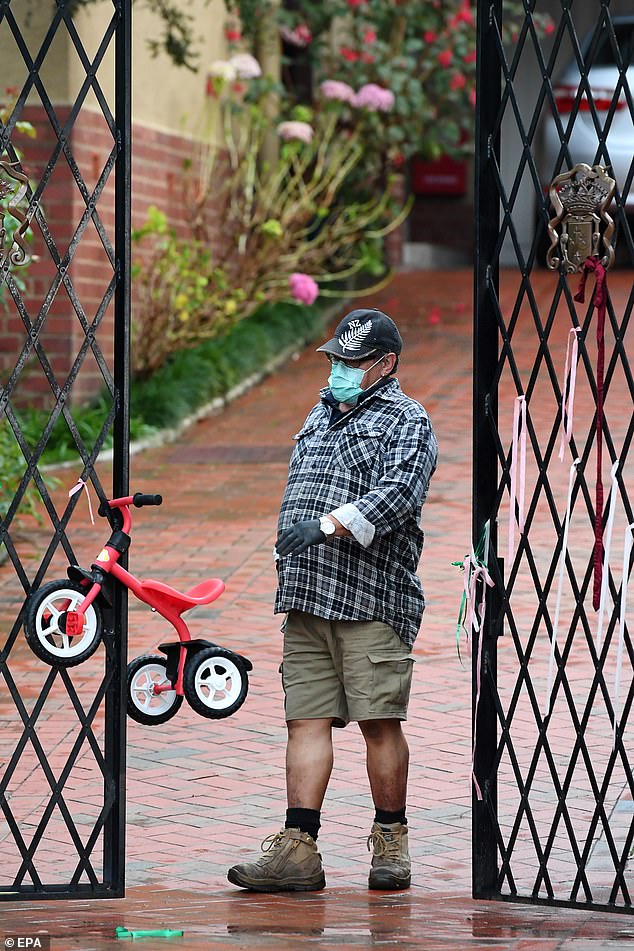 It was also vandalised overnight, with messages such as ‘no justice’ and ‘the law protects the rich and powerful’ scrawled across its doors and forecourt.

Meanwhile, the Vatican welcomed Cardinal Pell’s acquittal, praising him for having ‘waited for the truth to be ascertained’.

While not mentioning Cardinal Pell by name, Pope Francis offered his Tuesday morning mass for those who suffer from unjust sentences.

‘I would like to pray today for all those people who suffer unjust sentences resulting from intransigence (against them),’ the Pope said. 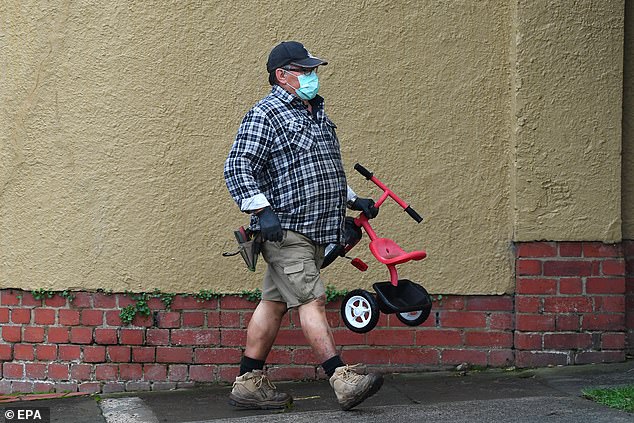 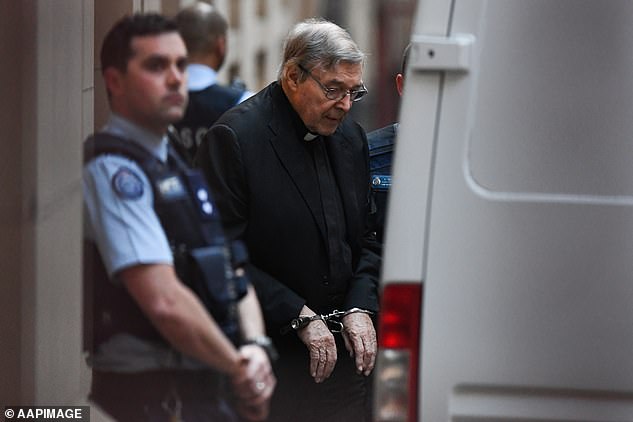 The 78-year-old cardinal was watching television just after 10am when the news broke on Tuesday that he was to be released.

‘I was watching the television news in my cell when the news came through… I thought, ‘well, that’s great. I’m delighted’,’ he told The Daily Telegraph through a friend.

‘Of course, there was no one to talk to about it until my legal team arrived. However, I did get a great cheer from somewhere within the jail and then the three other inmates near me gave a great cheer as well.’

When asked by a prison guard how he felt about the ‘miracle’, Cardinal Pell said there was no miracle, only ‘justice’. 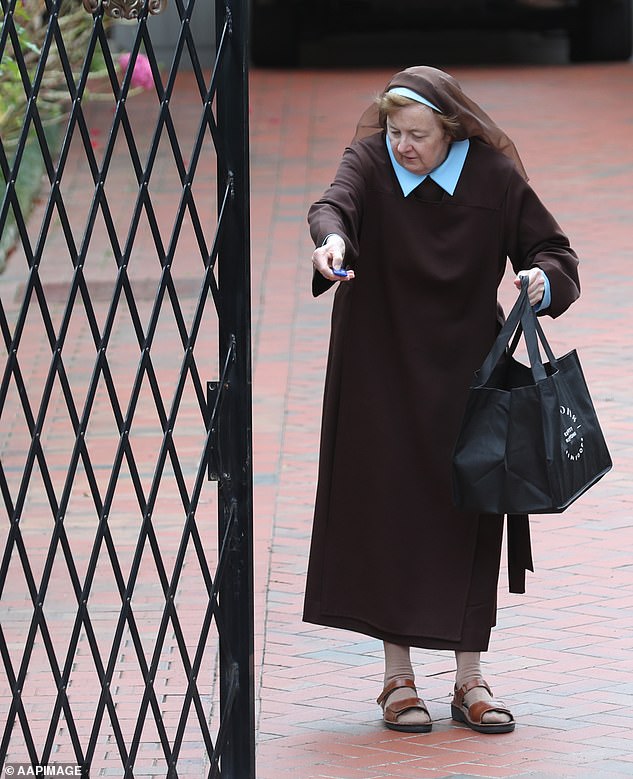 A nun closes the gates at the Carmelite Monastery in Kew, where George Pell is staying following his release HM Prison Barwon in Geelong (pictured on Tuesday)

Pell’s first meal as a free man was steak and vegetables, which was cooked by nuns.

He did not stop to speak as he left the prison and instead issued a statement saying the serious injustice he has suffered had been remedied.

Pell said his trial was not a referendum on the Catholic Church or how Australian church authorities dealt with paedophilia.

‘The point was whether I had committed these awful crimes, and I did not,’ he said.

Cardinal Pell was charged by Victoria Police officers after a man came forward in 2014 alleging he and another choirboy had been sexually abused at St Patrick’s Cathedral in Melbourne in 1996.

That boy, now in his 30s, gave evidence in court, revealing he felt compelled to come forward after the death of the other boy.

A jury convicted Cardinal Pell of five charges in December 2018 after an earlier jury was unable to reach a verdict.

With coronavirus sending Queensland into lockdown, the forecourt and road outside the High Court in Brisbane were empty for the handing down of Tuesday’s decision.

The charges against George Pell:

The surviving choirboy had alleged that Pell had caught him and his friend swilling altar wine and said something like ‘What are you doing here?’ or ‘You’re in trouble’.

‘There was this moment where we all just sort of froze and then he undid his trousers or his belt, like he started moving underneath his robes,’ he said.

He said the other boy struggled while Pell’s hands were around his head and shoulders.

The surviving choirboy said Pell then turned his attention to him and put his penis in his mouth.

‘Archbishop Pell was standing. He was erect and he pushed it into my mouth.’ 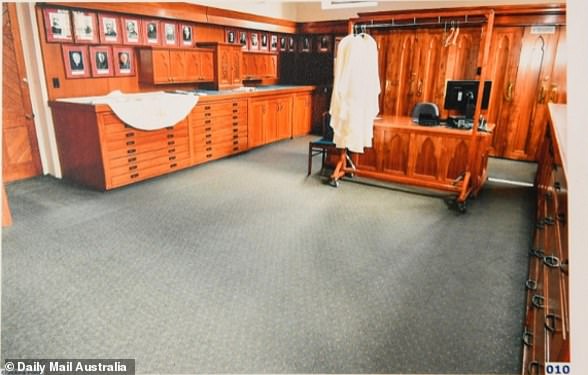 Pell was originally found to have exposed himself and forced a boy to perform oral sex on him inside the sacristy of St Patrick’s Cathedral in Melbourne (pictured). He has always maintained his innocence and has now been acquitted of all charges by the High Court of Australia