Convicted child sex offender George Pell scoffed and called the allegations against him ‘disgraceful rubbish’ when he was first questioned by detectives almost three years ago.

The 77-year-old cardinal first responded to the accusations when he spoke with Victorian Police in a filmed interview in the Hilton Hotel at Rome Airport, Italy, on October 19 2016.

Pell, Australia’s highest ranking catholic, was found guilty of four counts of indecent assault and one count of rape by a Melbourne jury last December and his conviction was made public on Tuesday.

The cardinal, who claimed to be innocent in the 2016 police video, has maintained his stance and is expected to appeal the conviction.

Police gave Pell the floor to explain his version of events before eventually laying charges over the sexual abuse of two choirboys at St Patrick’s Cathedral in Melbourne in 1996.

Dressed in his clerical uniform, Pell was prepared to cooperate with the investigation as proved by a statement he read aloud and gripped tightly.

‘I have to rely on the law and my conscience, which say that I’m innocent,’ he said in the 2016 police video.

‘And I have to rely on the integrity of investigators not setting out to make a case but actually searching for the truth.’

The footage, which was played to jurors, marked the first time he heard the detailed complaints.

Pell explained he is aware of the investigation but said he did not know the full extent of the allegations. 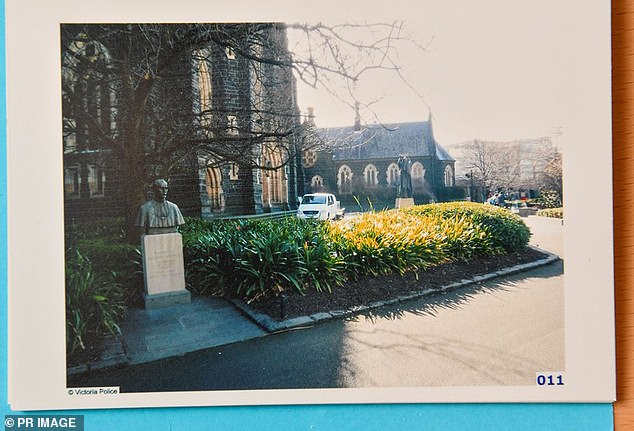 ‘From what I’ve been told the allegations fan a period in 96 at St Patrick’s Cathedral in Melbourne,’ he said.

‘From what I’ve been told the allegations involve vile and disgusting conduct contrary to everything I hold dear and contrary to the explicit teachings of the church which I have spent my life representing.’

Pell said the allegations were made against the first person in the western world to create a church structure which tried to ‘heal wounds’ inflicted by the sexual abuse of children by some in the church.

He claimed the allegations are a ‘product of fantasy’.

Detective Sergeant Christopher Reed, who later charged Pell, began to explain the extent of the allegations – which left Pell responding in disgust.

Pell, who had his arms crossed, was told he allegedly planted himself in sacristy room after Sunday mass and wouldn’t let the boys leave. He then moved his robe to expose his penis.

‘Oh stop it,’ Pell responded while bowing his head. 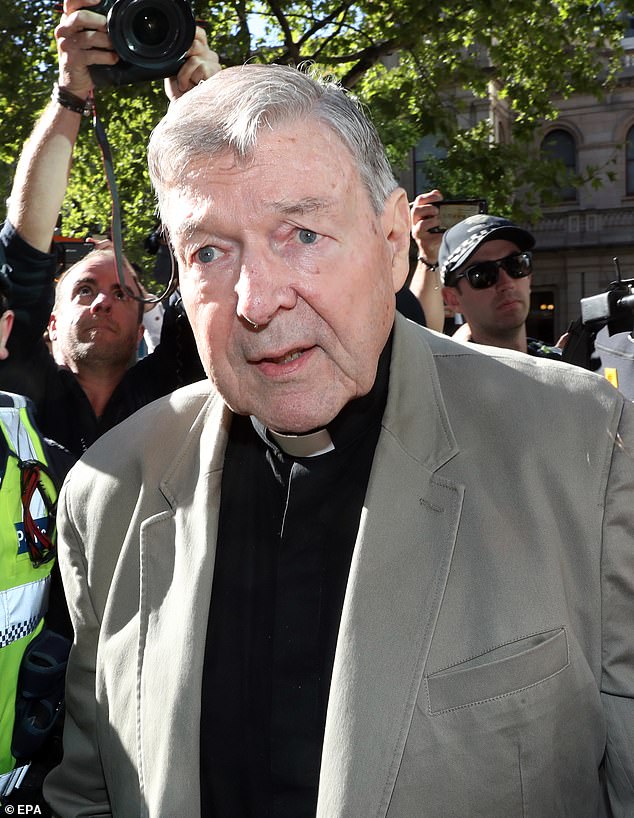 Pell, Australia’s highest ranking catholic, was found guilty of four counts of indecent assault and one count of rape by a Melbourne jury last December

‘What a load of absolute and disgraceful rubbish. Completely false. Madness.’

Pell defended his innocence and claimed the people who were around him at the church would be able to firm-up his story.

Newly installed as Archbishop of Melbourne, Pell said he didn’t live at the cathedral and would only visit the location for Sunday mass and big feasts.

He claimed he was always accompanied by church officials and did not know any of the choirboys in 1996.

‘I had nothing to do with the choir and I didn’t know any choirboys in 96. I was never present in choir practice,’ Pell said.

Pell continued to defend himself by describing the busyness of the sacristy on a Sunday, where hundreds of people are present and he was side-by-side with his master of ceremonies.

‘This is in the sacristy, at the cathedral, after Sunday mass? Well, need I say anymore,’ he told detectives.

‘What a load of garbage and falsehood and deranged falsehood.’ 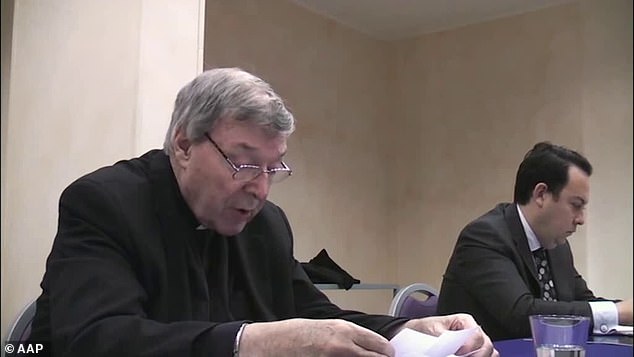 The 77-year-old cardinal first responded to the accusations when he spoke with Victorian Police in a filmed interview in the Hilton Hotel at Rome Airport, Italy, on October 19 2016 (pictured)

In his statement Pell said the offences would cause ‘immeasurable damage’ to himself and the church if charged.

Detectives told Pell he could be charged but Pell maintained his innocence and claimed he could prove the allegations were false.

‘I’m not guilty as charged,’ he said.

Pell, who was jailed on Wednesday and withdrew a bail application, is due to be sentenced on March 13.

Prosecutors have flagged he is facing ‘significant’ jail time.

Ten character references were put forward by the defence in an effort to minimise the period, including from former prime minister John Howard who said he had known Pell for about 30 years as being of ‘high intelligence and exemplary character’.