Russell was attempting to pass Bottas around the outside of the Finn’s Mercedes on the 200mph run down to the opening corner in Imola.

But the Williams driver dipped his front-right tyre on to the damp grass, causing him to lose control of his Williams and crash into Bottas. 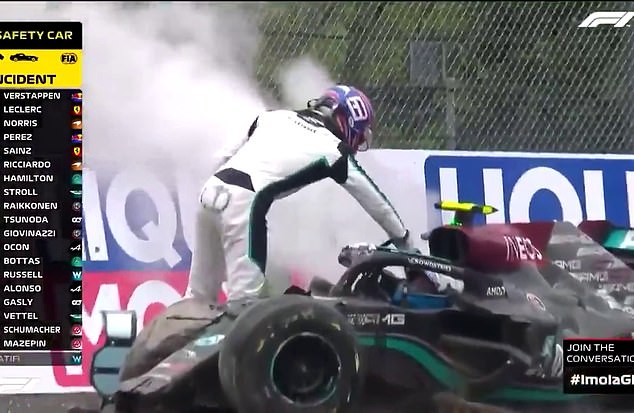 Both drivers ended up in the wall with significant damage sustained to their respective cars.

Russell, a member of the Mercedes junior academy and hopeful of a promotion from Williams to the world champions, left the cockpit of his damaged machine, before heading over to confront Bottas. 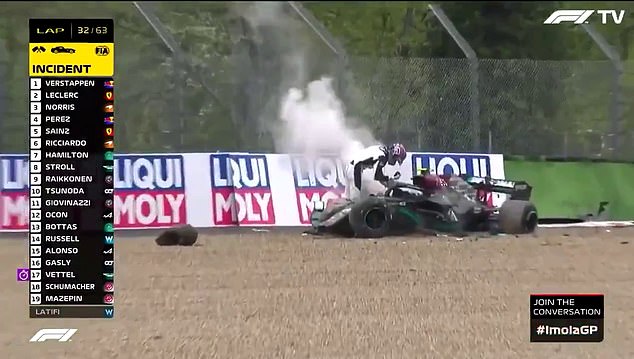 Russell leaned into Bottas’s car and hit the Finn on his helmet with Bottas gesticulating back at the Williams driver.

The race was stopped on lap 34 of 63 to clean up the debris from the crash.

The flashpoint took place just moments after Lewis Hamilton slipped from second to ninth after running off the road at turn 7 and damaging his front wing.

The world champion stopped for repairs but emerged from the pits way down the order with Max Verstappen leading. 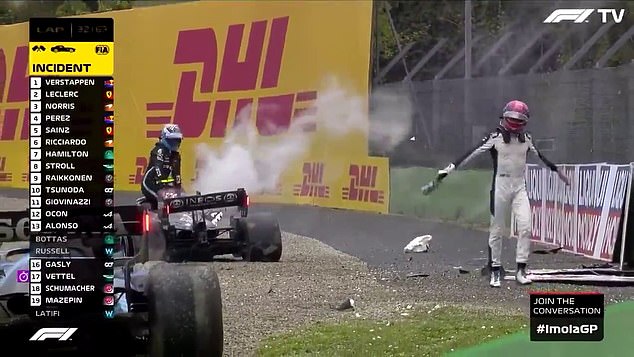