A Florida judge agreed to let former neighborhood watch leader George Zimmerman serve probation for a year after his attorney entered a no contest plea Tuesday to resolve a misdemeanor charge of stalking a private investigator associated with a documentary on the black teenager Zimmerman killed.

Seminole County Judge Mark Herr admonished Zimmerman to understand that ‘words matter.’ Under a no contest plea, a defendant doesn’t admit guilt, and a conviction is withheld if the conditions of the plea are met. Zimmerman wasn’t at the courthouse during the hearing.

‘Please counsel him,’ the judge told his attorney, Zahra Umansky. ‘Words do matter.’ 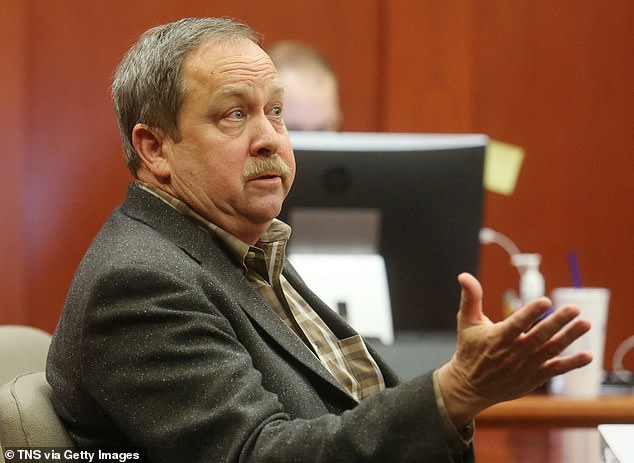 The private investigator, Dennis Warren, said after the hearing that Zimmerman didn’t get the sentence he deserved but believed ‘we got the best we could.’ He said he had hoped the case would have been handled as a felony rather than a misdemeanor.

The private investigator said he didn’t think Zimmerman could get through a year without violating his probation. 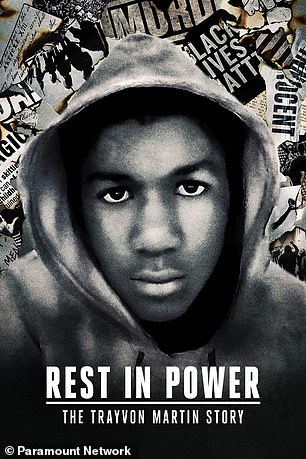 The private investigator was hired by a documentary filmmaker who was working on a series on Trayvon Martin, the black teen who was fatally shot by Zimmerman in 2012

‘He can’t stay away from trouble. He’s toxic,’ Warren said.

Zimmerman was accused of sending threatening messages to Warren. The private investigator was hired by a documentary filmmaker who was working on a series on Trayvon Martin, the black teen who was fatally shot by Zimmerman in 2012.

Zimmerman, who identifies as Hispanic, was acquitted of all charges in the case, which raised questions about race and Florida’s ‘stand your ground’ self-defense law. That law allows people to use force without retreating if they feel threatened. Critics say the law allows black men to be victimized by gun violence

The documentary was produced by rapper Jay-Z.

Reading a victim impact statement in court, Warren said Zimmerman made scores of harassing emails and telephone calls, threatening the private investigator and his family starting last December. The threats included details about his life that few people knew, such as where he was traveling and on what airline, said Warren, who got extra security for his house.

‘The threats were for me to immediately stop what I was doing or he was going to harm me,’ said Warren, who added he believed Zimmerman still had ‘a propensity for violence.’ 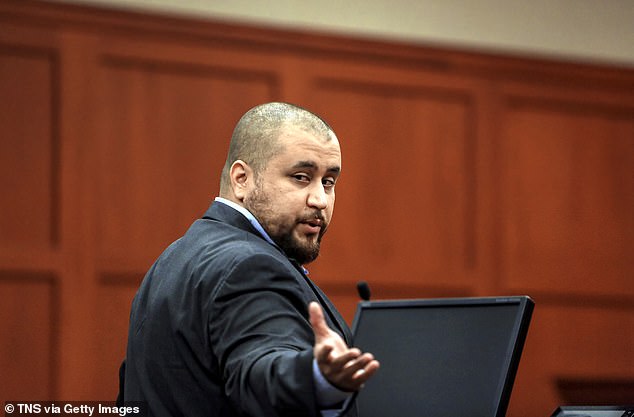 Zimmerman wasn’t at the courthouse during the hearing

When Warren started describing how he felt mistreated by Zimmerman’s attorney during a deposition, the judge stopped him after Umansky objected.

‘I feel your pain, Mr. Warren … Let’s keep it to Mr. Zimmerman, not counsel,’ Herr said. ‘He is going to be watched and hopefully, it will never happen again. Hopefully.’ 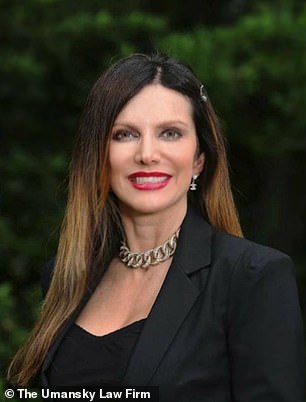 ‘Please counsel him,’ the judge told his attorney, Zahra Umansky. ‘Words do matter

Under the terms of Tuesday’s agreement, Zimmerman has to report for probation by Thursday and can do it by telephone. He can have no contact with Warren and his wife for a decade.

Since Zimmerman’s 2013 acquittal in Martin’s fatal shooting, Zimmerman has had several run-ins with the law, including two cases of domestic aggravated assault that were later dropped

The judge expressed hope that Zimmerman would avoid making future appearances at the Seminole County Courthouse.

‘We would like to not have to see his name for a while,’ Herr said.