Georgia Box tipped to be the next Rita Ora

A singer who has had over 90 million views online is set to hit the charts – and she’s already been tipped to be the next Rita Ora.

Georgia Box, 22, from Essex, started posting videos of herself singing on Facebook and YouTube after leaving school – attracting a massive fanbase online.

Many of her videos have ended up going viral, including a song she wrote giving the female response to Shaggy’s classic hit It Wasn’t Me.

Now, Georgia has her eyes set on the charts with her new single, I Don’t Want You Anymore, which was inspired by a recent break-up.

Georgia Box, 22, from Essex, has had over 90million views online, after starting to post videos of herself singing on Facebook at the age of 19

Speaking to FEMAIL, Georgia explained how she always knew she wanted to be a singer even as a child.

‘When I was a little girl, my mum always used to tell me that I used to sing before I talked,’ she said.

‘I always knew I loved singing. I used to always watch Stars In their Eyes and dress up as the celebrities off there and put on my little performances.’

Georgia said it was when she left school that she began to properly focus on her music, gigging locally, as well as starting to record videos of herself singing and posting them online at the age of 19. 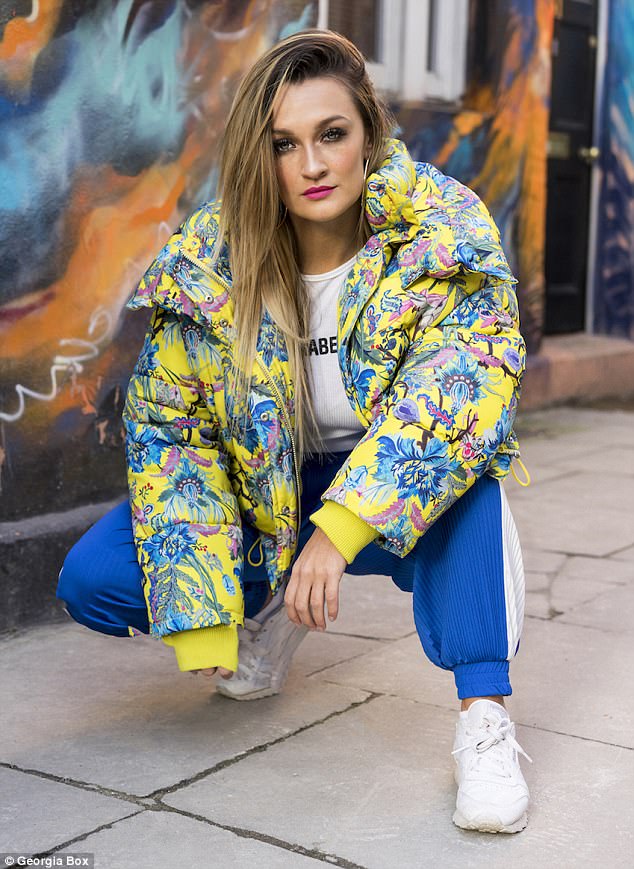 The singer has seen a number of her videos go viral, including her song giving the female response to Shaggy’s classic hit It Wasn’t Me

‘I started to put my own covers of songs on my Facebook page, mainly because it was a bit of fun,’ she said.

‘After about six months of doing it, I did a cover of Chandelier by Sia – that was my first video that went a bit viral.

‘That was the stage where it started snowballing for me online.’

In July last year, Georgia’s female response to Shaggy’s It Wasn’t Me became an online sensation – receiving over 30million views on Facebook.

She explained how showing off her creativity in her videos has allowed her to grow her fanbase on social media. 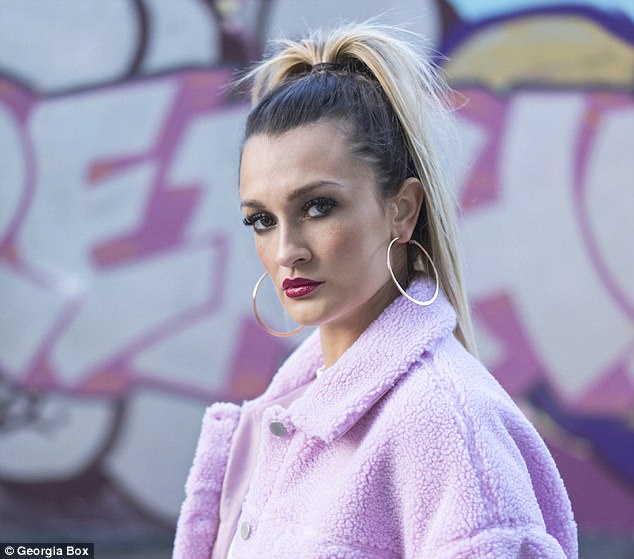 Georgia now has her eyes set on the charts with her new single, I Don’t Want You Anymore, inspired by a recent break-up

‘I like to keep all my content on there creative, and do something that somebody else hasn’t done,’ she said.

‘I’ve tried to stay really engaged with everyone who has come on to my page. I really couldn’t do it without them, they’re the people keeping me active online.’

Georgia described how she got the inspiration for her new single I Don’t Want You Anymore, which she co-wrote with Tre Jean Marie, after splitting with her ex.

‘At the time, I’d recently had a break-up with someone. A week after the break-up they were with someone else,’ she said.

‘I was getting loads of calls and messages from people asking me if I was okay, people expecting me to be falling apart, but the reality of it was that I was totally fine with it.’ 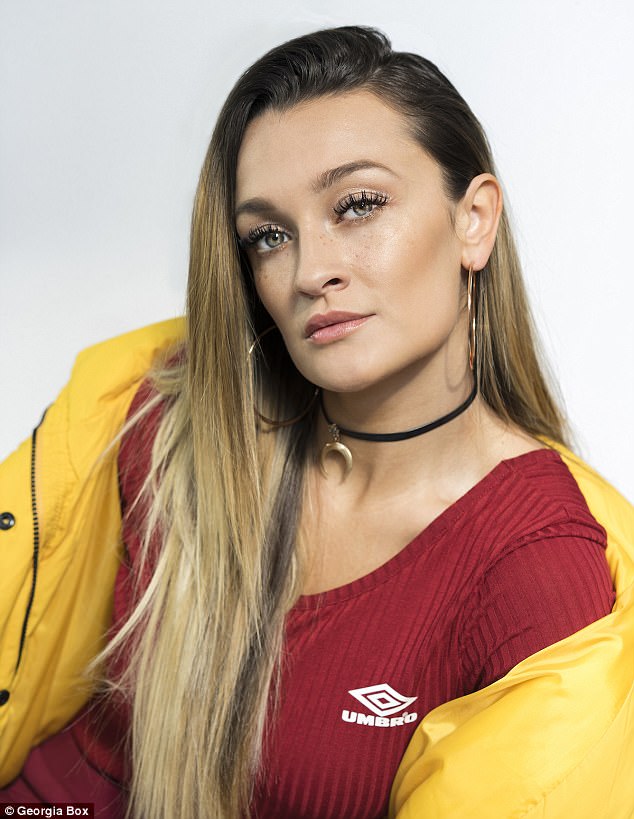 Georgia said she always knew she wanted to be a singer even as a child, when she would put on her own performances for her family 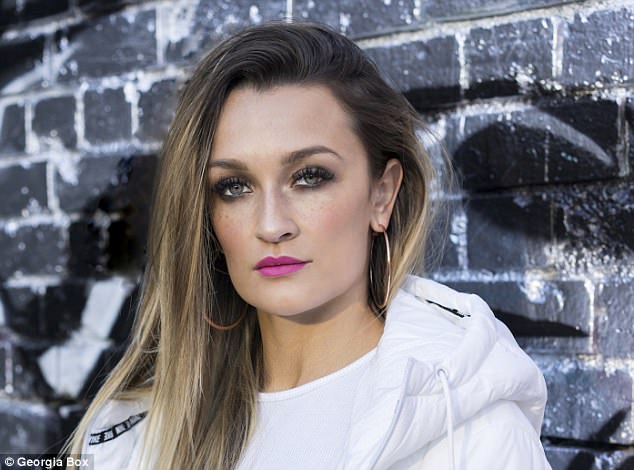 The Facebook star began sharing videos online, and rapidly grew her own fanbase

The singer said she often draws from her personal life when it comes to songwriting, in the hope that it will resonate with other people.

She added that she hopes to drive home the message that people – and women in particular – shouldn’t feel like they should behave in particular way.

‘I think there are so many stereotypes about what women should be,’ she said. ‘I love getting glammed up, but at the same time I also love my tracksuits and I like to play football, and they are things a lot of people wouldn’t put together.

‘People shouldn’t feel they should conform to a certain way. You just do whatever makes you happy.’

Georgia has already drawn comparisons with the likes of Rita Ora, while chart-topper Dua Lipa is a particular influence of hers. 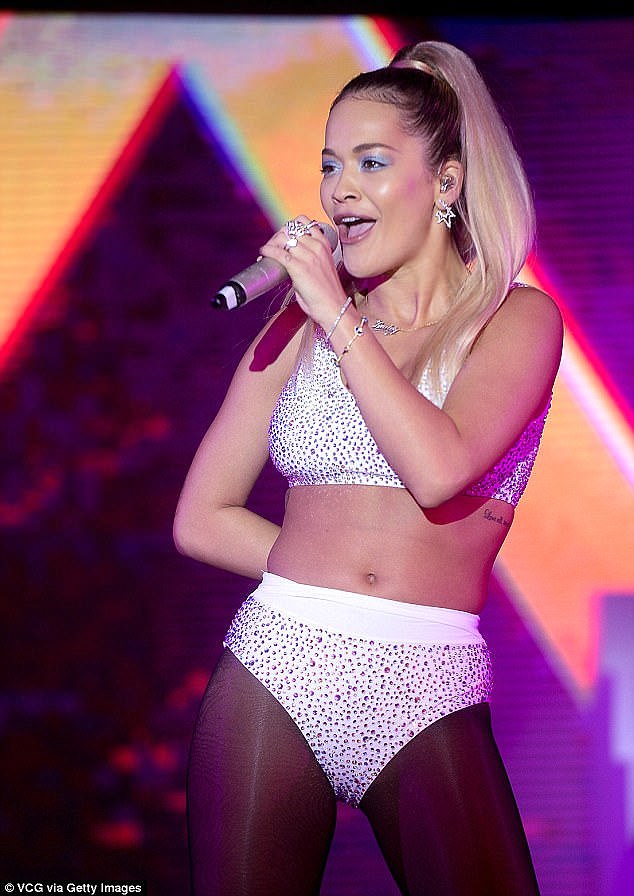 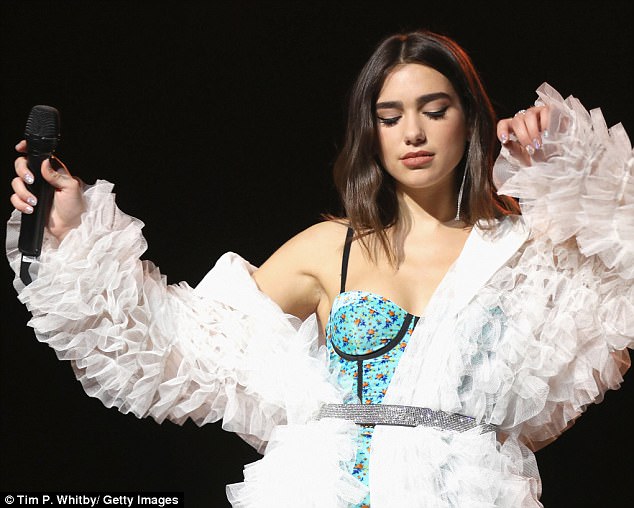 Dua Lipa (pictured) is another influence for Georgia, who hopes to drive home the message that women shouldn’t feel they have to ‘conform’

‘The women that are releasing music at the moment are incredible, the messages they put into their music are really strong. It’s great to see how well they’re doing.’

Georgia hopes her new single will be a springboard for bigger successes to come in the future.

‘Music’s my life really, but seeing it all come together has been really exciting,’ she said.

‘I’d just love as many people to hear my music as possible and I’m going to carry on releasing as much music I can,’ she said.

‘Of course, the main aim is to be filling out stadiums and performing to as many people as possible.’

Georgia Box’s I Don’t Want You Anymore is available to stream now on iTunes and Spotify.