A Georgia cop has been fired for posting a Facebook comment calling for the hanging of five black people who were involved in the 2016 murder of a white grandmother.

Officer Robert ‘Skipper’ Dunn had been employed with the Rossville Police Department on a part-time basis prior to his termination on Thursday.

Dunn has worked in law enforcement since 1981, and told ABC9 that he was ‘very disappointed and sad that his four-decade career’ had ended in such a way.

On Monday, Dunn took to Facebook to share a post showing mugshots of five black people involved in the 2016 robbery and murder of grandmother, Dorothy Dow, 83 .

Justin Grady, Cortavious Heard, Mina Ellery and Angel Harmon were sentenced to life in prison for the brutal attack on Dow.

The group broke into Dow’s home with the intent of stealing money. However, when they were unable to find any, they punched the grandmother in the face, broke both of her arms and set her on fire. She later died in hospital.

A friend of the group, Shanquavious Cameron, was sentenced to seven years in prison for a related robbery that took place at the Dow residence several days prior to the murder.

‘I think a hanging is in order,’ Dunn wrote in his Facebook post above the five mugshots. 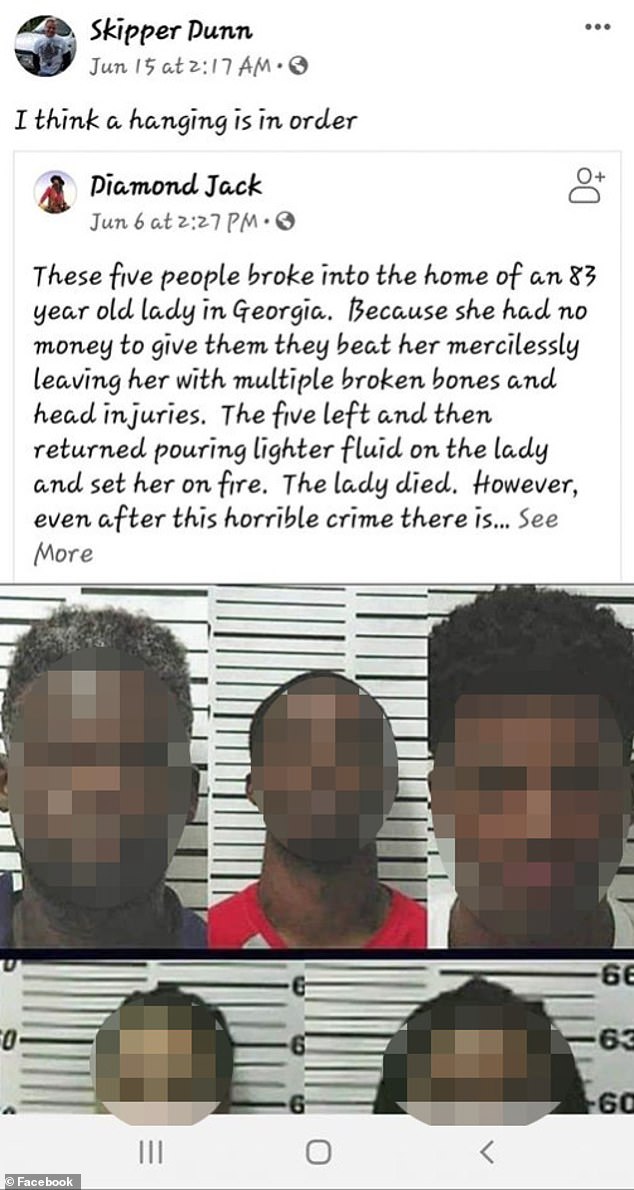 The Rossville Police Department was immediately inundated with complaints about Dunn’s post – which was swiftly removed from Facebook.

Despite deleting the post, Dunn insisted it was not racist.

He told ABC9 that ‘he would have suggested the hanging, no matter the race of suspects’, due to the gruesome nature of their crimes.

The Rossville Police Department launched an investigation, which concluded with Dunn’s termination.

In a statement shared on Thursday, they wrote: ‘After a detailed internal review of the issue, the Police Department has decided that Officer Robert ‘Skipper’ Dunn will no longer be performing duties with the Rossville Police Department.

‘It is important that everyone understand Officer Dunn certainly enjoys the First Amendment Right to post his opinions. However, when those posts or opinions detract from his ability to effectively serve the community it is in the best interest of the community that he no longer be assigned those duties’. 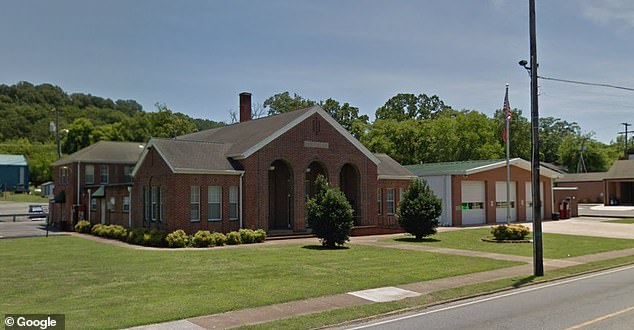 The Rossville Police Department is pictured. Dunn had worked with the Department on a part-time basis since 2017. He has been working with law enforcement in Georgia since 1981