Two Georgia police officers killed a pet dog and then allegedly forced the owner to saw off the animal’s head with a knife or risk being arrested, a new lawsuit claims.

Joe Goodwin and his girlfriend Tosha Dacon filed a lawsuit last week after their two-year-old pitbull cross Big Boy was shot dead outside their home in Crawford County two months ago.

The couple claim Crawford County sheriff’s deputy Wesley Andrew Neesmith killed their beloved pooch after going to their home on December 1 to investigate reports the dog had bitten a neighbor.

The lawsuit claims fellow deputy James Hollis then ordered a distraught Goodwin to behead the dog with a knife.

‘Under extreme emotional duress and distress, and under threat of incarceration and physical harm, Plaintiff Goodwin was forced to decapitate the dog with a knife,’ the lawsuit reads.

After he was forced to decapitate Big Boy, the two officers allegedly ordered Goodwin to take the animal’s head to the Crawford County Health Department.

The lawsuit says that Goodwin was too ’emotionally and mentally distraught to comply’ so his partner Dacon had to do it.

Goodwin, who had filmed part of the confrontation and posted it on Facebook at the time, claimed that the officers told him the dog had been shot after it lunged at a deputy.

He said the officers claimed that the dog’s head had to be removed to be tested for rabies – even though Big Boy was fully vaccinated against the deadly disease.

Testing for rabies can only be done via a brain autopsy. 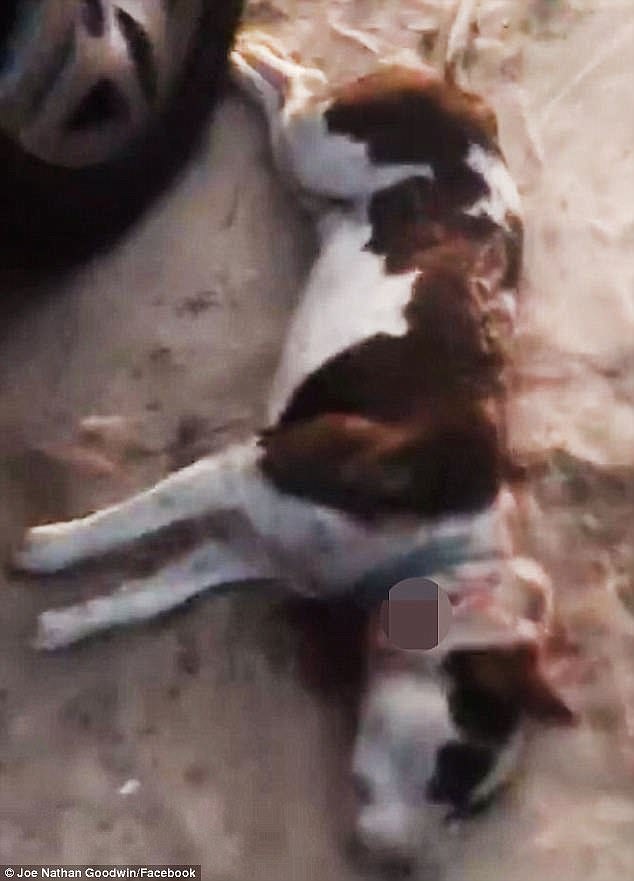 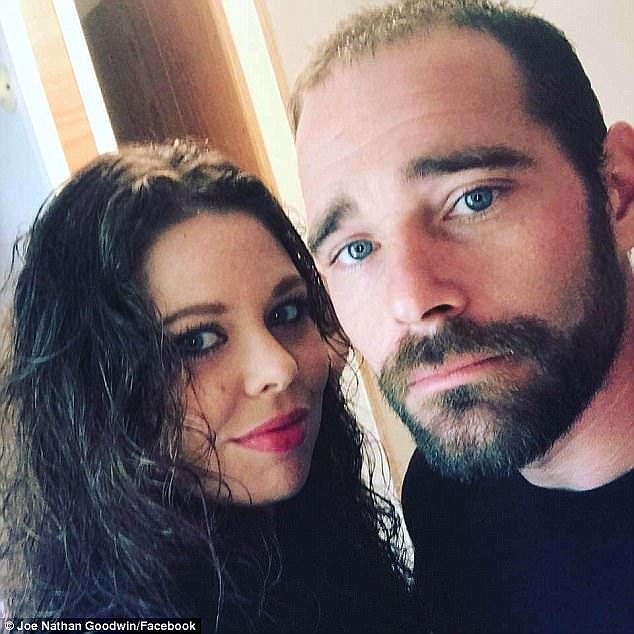 Goodwin and his girlfriend Tosha Dacon (above) claim that another sheriff’s deputy, James Hollis, then ordered a distraught Goodwin to behead the dog with a knife

Goodwin claims that when he initially refused to remove his dog’s head, the officers threatened to have him arrested and charged with disorderly conduct.

They allegedly would not let him leave to retrieve the dog’s vaccination paperwork.

At one point while he was filming, Hollis can be heard saying: ‘We asked you to remove the dog’s head. And you’re refusing, right?’

Goodwin, who still appeared to be in shock, replied: ‘I ain’t got a… knife to cut the head off’.

He claims the officers gave him the option to call a vet and pay for the head to be removed, but he said he couldn’t afford to do that procedure.

Goodwin said he complied because he feared he would be shot otherwise. 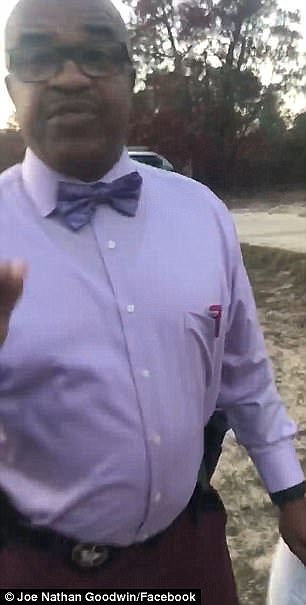 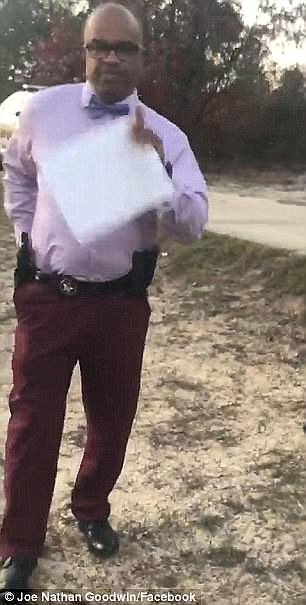 Goodwin, who had filmed part of the confrontation and posted it on Facebook at the time, claimed that Hollis (above) had threatened to arrest him if he didn’t comply 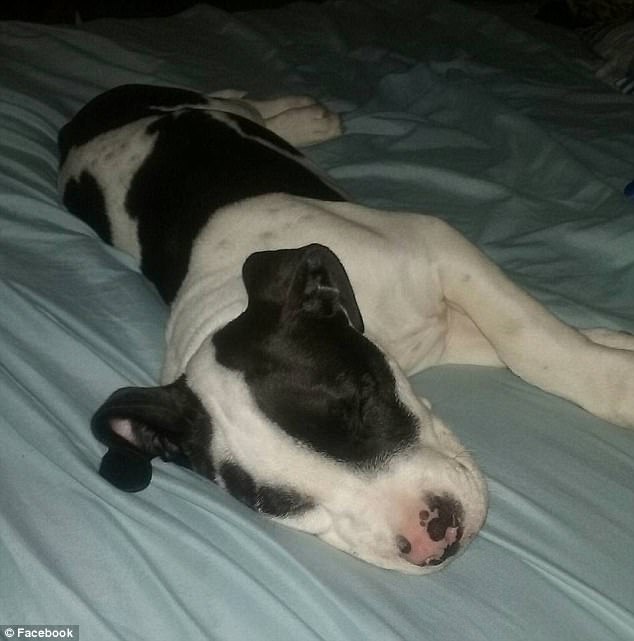 Once he finally reluctantly agreed, his girlfriend had to go and retrieve a kitchen knife to carry out the horrific task.

Goodwin was then allegedly forced to saw and hack away at his pet’s neck with the small knife until he could remove his head.

The lawsuit claims he and his girlfriend continue to endure ‘great physical and mental pain and suffering’ and it has required counseling.

Goodwin claims he lost his job as a result of the stress caused by the incident.

Hollis was placed on paid administrative leave while an investigation was carried out. Neesmith resigned from his position in mid-January.

In addition to Hollis and Neesmith, the lawsuit also names Sheriff Lewis Walker.

The couple are suing them for $75,000 as compensation for their pain and suffering.