Georgia has executed an inmate convicted of the 1996 killing of an off-duty prison guard who agreed to give him a ride outside a Walmart.

In a final statement Wilson Jr is said to have insisted he had not killed anyone and repeated the words: ‘About to be free.’

He told family and friends: ‘I love y’all forever’, adding: ‘I ain’t never took a life in my life.’ Wilson took about 10 deep breaths, paused and then took a few more breaths before falling still.

The state attorney general’s office said in a statement that Byrd was pronounced dead at 9:52 p.m.

He is said to have requested a last meal of one medium thin-crust pizza, 20 spicy buffalo wings, one pint of butter pecan ice cream, apple pie and grape juice.

The U.S. Supreme Court, without explanation, had earlier rejected the request to block the execution in a statement hours later.

Wilson and Robert Earl Butts Jr. were convicted of murder and sentenced to death in the March 1996 killing of 24-year-old Donovan Corey Parks in Milledgeville, about 90 miles southeast of Atlanta. Butts, who was 40, was executed in May 2018.

The State Board of Pardons and Paroles on Thursday denied Wilson’s request for clemency. The parole board is the only authority in Georgia that can commute a death sentence. 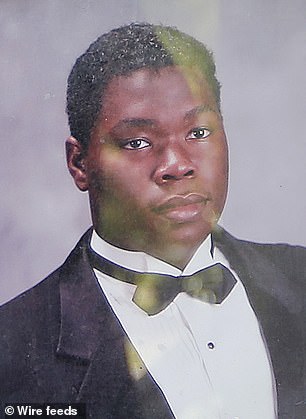 Authorities say 42-year-old Marion Wilson Jr., left, was pronounced dead Thursday evening following an injection of the sedative pentobarbital at the state prison in Jackson. Wilson and Robert Earl Butts Jr. were convicted of murder and sentenced to death in the March 1996 killing of 24-year-old Donovan Corey Parks, right

A witness heard Butts ask Parks, an off duty prison guard, for a ride at a Walmart store where he had gone to buy cat food on March 28, 1996, prosecutors have said. 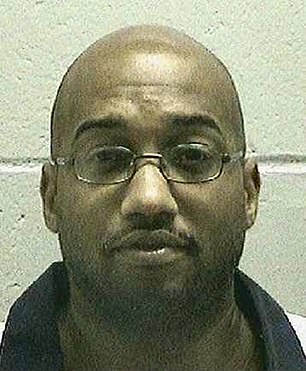 Parks and Butts are said to have known one another after working together at Burger King.

Butts was in the front passenger seat and Wilson was in the back as they left the parking lot. A short distance away, they ordered Parks out of the car, killed him and stole his car, prosecutors said.

Wilson’s lawyers argued in a court challenge filed in Butts County Superior Court that it was Butts who fired the fatal shotgun blast and that Wilson didn’t kill Parks or have any advance knowledge that Parks would be killed. The prosecutor also used false or misleading arguments to persuade the jury to impose the death penalty on Wilson, they said.

Wilson’s death sentence is, therefore, unconstitutional, they argued in a court challenge.

Lawyers for the state argued in response that those claims had already been raised by Wilson’s lawyers and rejected by the courts in previous proceedings. With no new evidence or change in the law, they wrote, those arguments are procedurally barred.

Wilson’s lawyers say that while he suspected Butts planned to rob someone, he didn’t know Butts intended to harm or kill anyone and that he remained in the back seat of the car when Parks was killed.

Donovan’s brother Christopher Parks told 11 Alive: ‘I just keep picturing him. It was right around 9 o’clock. Last time I saw him, and I think back to a lot of times when my mother was alive, she told me, she said, “you never know when you leave the house when you come back and everything in it changes”.’ 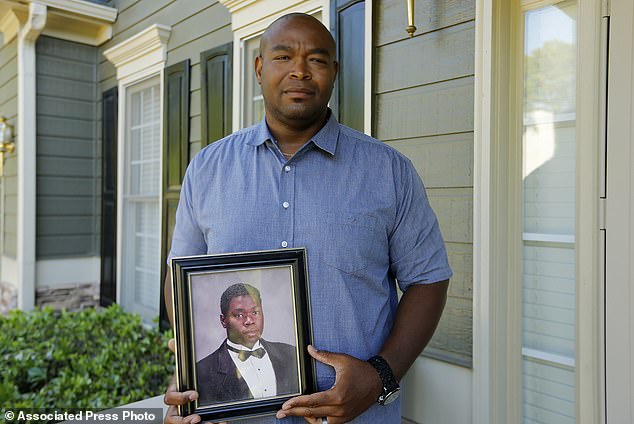 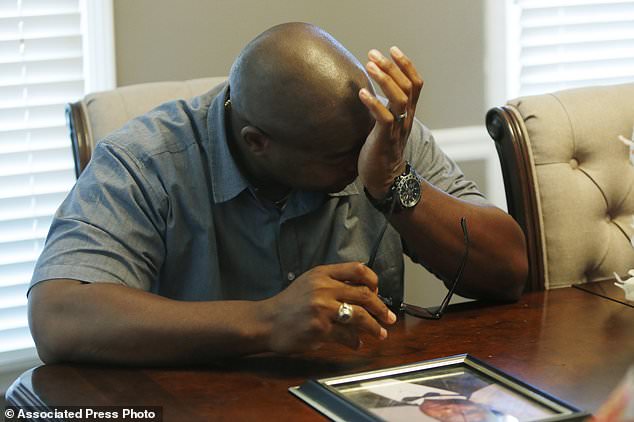 Chris Parks wipes away a tear while talking about the murder of his brother. Marion Wilson Jr. and Robert Earl Butts Jr. were convicted of murder and sentenced to death in the March 1996 killing of 24-year-old Donovan Corey Parks. Butts was executed in May 2018

During Wilson’s trial, Ocmulgee Judicial Circuit District Attorney Fred Bright told jurors it didn’t matter which man shot Parks, that they were both guilty of murder. But during the sentencing phase of the trial, Bright told jurors that Wilson ‘blew his brains out on the side of the road.’

During the sentencing phase of Butts’ trial a year later, Bright used similar language to indicate Butts was the killer.

Lawyers for Wilson say Bright later testified under oath that he believed Butts to be the shooter. To secure a death sentence that jurors might not otherwise have imposed, they wrote, Bright ‘was willing to cross ethical and constitutional lines’ to falsely say Wilson was the shooter.

‘The prosecutor’s deliberately misleading argument to the jury constitutes a rank violation of Mr. Wilson’s constitutional right to a fair and reliable sentencing proceeding,’ they wrote.

Wilson’s sentence is ‘excessive and disproportionate to his culpability,’ making it unconstitutional, his lawyers argued.

Lawyers for the state countered that Bright repeatedly said throughout the trial that is wasn’t clear which man fired the gun. They also said courts have previously found there was enough evidence that Wilson participated in the killing to warrant a death sentence.

In a separate court motion filed in Baldwin County, Wilson’s lawyers wee seeking a new trial and DNA testing on the necktie worn by Parks. The tie had been pulled so tight around his neck that it had to be cut from his body.

The necktie was critically important to the prosecution’s arguments that Wilson actively participated in the killing and deserved the death penalty, his lawyers argued. DNA evidence could have resulted in an acquittal, or at least a lesser sentence, if it had been available at the time of trial, they argued.

State lawyers said that even if DNA testing was done and Butts’ DNA was found and Wilson’s wasn’t, it wouldn’t matter since Wilson was wearing gloves the night of the killing and there is other evidence establishing his guilt.

Wilson is the second prisoner executed by Georgia this year. It was the 1,500th execution in the United States since 1976, the year capital punishment was reinstated.