The chairman of the Georgia Republican party is among GOP officials facing a criminal probe over claims they tried to overturn Joe Biden’s 2020 victory.

David Shafer has been told he is one of 16 electors in the Peach State who now face possible charges for allegedly vowing to sway the last presidential election in Trump’s favor.

Shafer and his unnamed fellow electors were previously told they were ‘witnesses’ into an ongoing probe by Fulton County District Attorney Fani Willis.

CNN reported that they’ve now been told they’re targets of the investigation over claims they tried to undermine America’s electoral college.

Under the Electoral College process, voters cast their ballots for candidates, but are actually picking a group of representatives, or electors, for those candidates.

Georgia, like most states, have a winner take all system in which the candidate who wins the popular vote, is represented by all the electors. They meet and cast their vote in the state Legislature. Those votes are given to the candidate which won the most votes.

Those elector votes are then certified by the governor and sent to Congress. 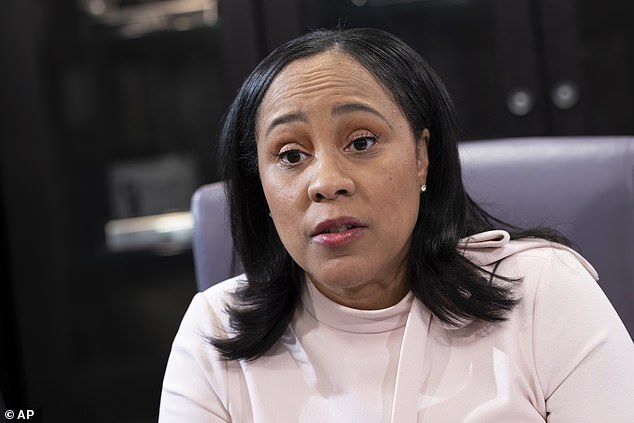 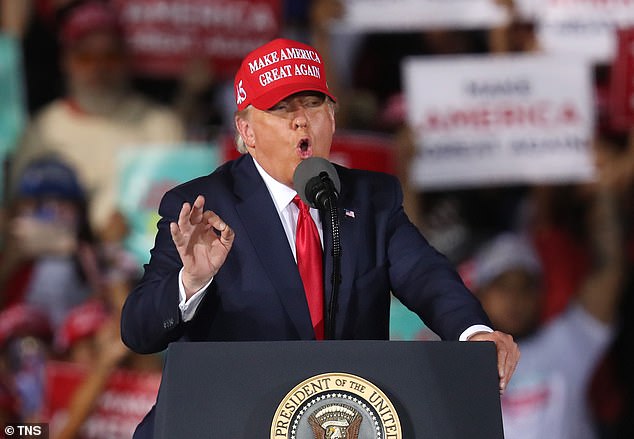 Despite the close race, Biden won the state. Losing Georgia was particularly sore for Trump, as Biden’s victory was the first time the state had gone Democrat since Bill Clinton won it in 1992.

Trump was infamously recorded on the phone to Georgia’s Republican Secretary of State Brad Raffensperger urging him to ‘find’ another 11,870 votes to propel him to victory.

It is now alleged that Shafer and 15 other Republican sent phony paperwork to Congress and the archives claiming they were the electors and they had cast their vote for Trump.

‘Each of the sixteen persons who signed the unofficial Elector Certificate ultimately submitted to the National Archives received a similar target letter alerting, that person both that his testimony was required by the special purpose grand jury and that he was a target of the investigation,’ the Fulton County prosecutor wrote in her motion. 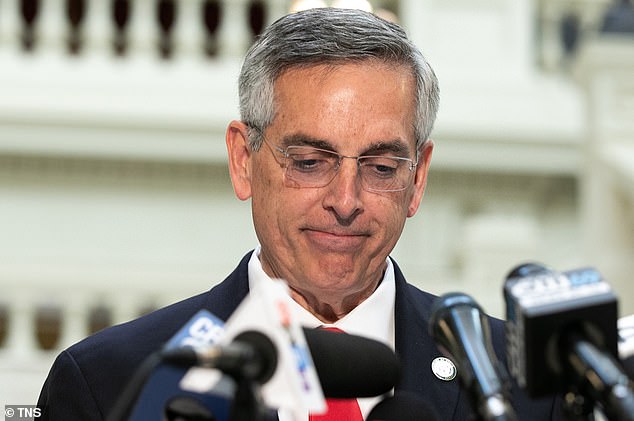 Because the vote was so close, the former commander-in-chief reached out to the Secretary of State Brad Raffensperger, who oversees the vote count, and asked him to ‘find’ enough votes to win the battleground state in a recorded phone call.

‘I just want to find 11,780 votes,’ Trump said according to a transcript of the call.

Trump has denied any wrongdoing.

The former president had claimed that there was widespread voter fraud in the state.

A special grand jury has been convened by the prosecutor to look into the former president’s effort to overturn the result.

Georgia State Senator Burt Jones has also called on the court to disqualify Willis from her role in the case.

Attorneys representing the men filed a motion charging there was a conflict of interest because she threw her political support behind an opponent of Jones.

‘The unavoidable conclusion is that the nominee electors’ change of status was not precipitated by new evidence or an honestly-held belief that they have criminal exposure but instead an improper desire to force them to publicly invoke their rights as, at best, a publicity stunt,’ the lawyers wrote.

In response, the District Attorney’s Office said: ‘Jones has done nothing to establish an actual conflict of interest in the case.’

The next hearing in the case is on July 21 and Jones is scheduled to testify before the grand jury on July 26.

The Justice Department has been investigating a plan across several other states, including Pennsylvania, Michigan, Arizona, Wisconsin, Nevada and New Mexico to submit fake declarations of victory in order to overturn Biden’s victory.

The January 6th Committee subpoenaed 14 people involved in the effort saying they had information on ‘who was behind that scheme.’

‘The existence of these purported alternate-elector votes was used as a justification to delay or block the certification of the election during the Joint Session of Congress on January 6, 2021,’ wrote panel Chairman Rep. Bennie Thompson (D-Miss.).