Georgia Gov. Brian Kemp is suing Atlanta’s mayor and city council to block the city from enforcing its mandate to wear a mask in public and other rules related to the COVID-19 pandemic.

‘Governor Kemp must be allowed, as the chief executive of this state, to manage the public health emergency without Mayor Bottoms issuing void and unenforceable orders which only serve to confuse the public,’ the lawsuit states.

Kemp on Wednesday clarified his executive orders to expressly block Atlanta and at least 14 other local governments across the state from requiring people to wear face coverings. 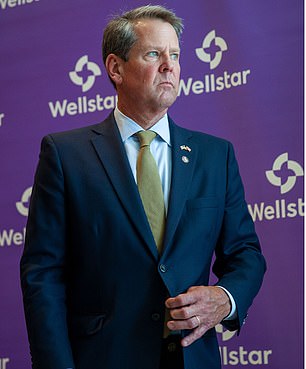 Kemp’s order was met with defiance Thursday by Bottoms and some other mayors, who said they would continue enforcing the order.

On Twitter, Kemp said: ‘This lawsuit is on behalf of the Atlanta business owners and their hardworking employees who are struggling to survive during these difficult times.’

‘These men and women are doing their very best to put food on the table for their families while local elected officials shutter businesses and undermine economic growth.’ 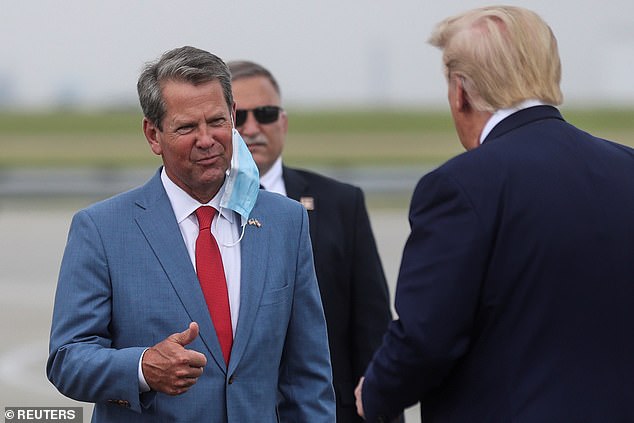 Georgia’s Gov. Brian Kemp is pictured greeting President Donald Trump as he arrived in Atlanta on Wednesday. Kemp has sued Atlanta mayor and city council to block them from enforcing its mandate to wear a mask in public

Bottoms fired back moments later, tweeting ‘3104 Georgians have died and I and my family are amongst the 106k who have tested positive for COVID-19. Meanwhile, I have been sued by @GovKemp for a mask mandate.’

‘A better use of tax payer money would be to expand testing and contact tracing. #ATLStrong’

It comes after Brian Kemp voided face mask mandates in at least 15 local governments across the state Wednesday after the communities went ahead and defiantly adopted the orders.

Kemp had earlier argued that Georgia’s cities and counties had no power to order masks, while an increasing number of other states have required residents to wear facial coverings in public.

The Republican governor has instead been trying to encourage voluntary mask wearing, including telling people that reduced infections from mask-wearing would make college football season possible.

Kemp’s move is likely to infuriate local officials in communities that had acted, including Atlanta, Augusta, Savannah, Rome and the governor’s hometown of Athens-Clarke County. 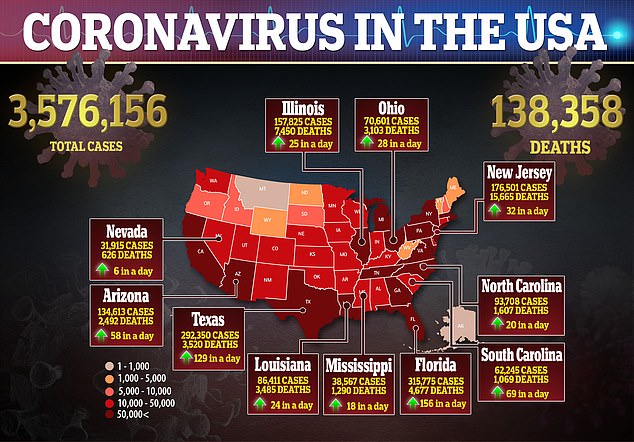 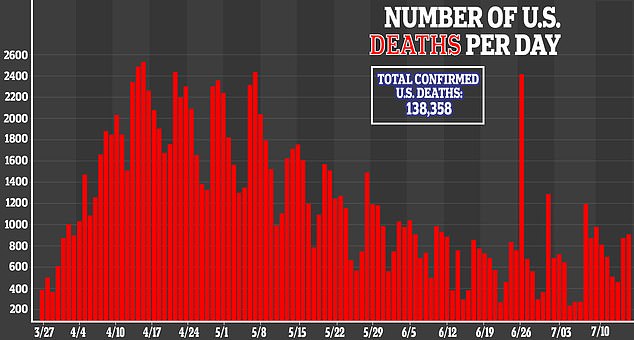 Savannah Mayor Van Johnson was the first local official to defy Kemp and order masks, and had said police would start writing $500 citations to businesses that didn’t enforce the law.

‘It is officially official. Governor Kemp does not give a damn about us,’ Johnson wrote on Twitter Wednesday night. ‘Every man and woman for himself/herself. Ignore the science and survive the best you can.’

Kemp’s new order also bans local governments from requiring masks on public property, which voids requirements that some governments have imposed for citizens to wear masks inside city and county buildings.

Kemp was among the first governors to ease earlier restrictions, and while infections declined for weeks afterwards, they began to rise in June.