They found love on last year’s season of The Bachelorette.

And Georgia Love and Lee Elliott appear just as smitten with each other a year after their romance was revealed in the matchmaking series’ finale.

The loved-up couple both took to Instagram on Saturday to celebrate the moment they could finally parade their affection in public.

Loved-up as ever! Former Bachelorette couple Georgia Love and Lee Elliott celebrate ‘finaleversary’ one year after debuting their relationship to the public 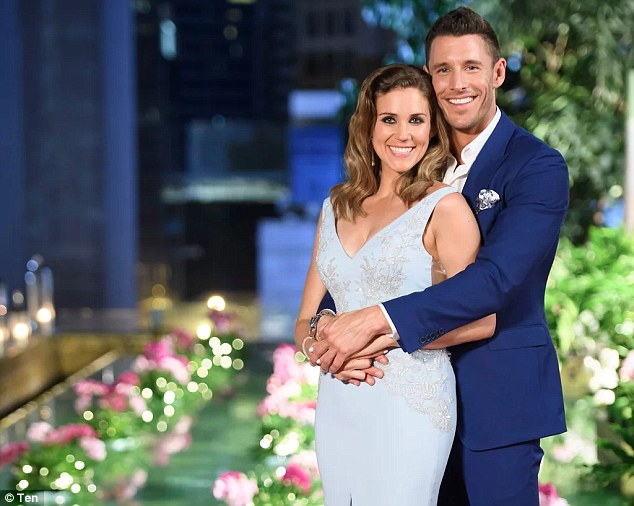 The BIG reveal! Georgia’s finale, where she confessed her love for mechanical plumber Lee, aired on Channel Ten on October 27, 2016

Georgia’s finale, where she dumped Matty J for Lee, aired on Channel Ten on October 27, 2016, with the couple forced to keep their love under-wraps until the public announcement.

Georgia shared a cute photo of the couple holding hands walking through a vineyard to mark the special date.

She wrote: ‘One year ago we were finally allowed to walk down the street together and this is pretty much how we’ve been doing it ever since.’ 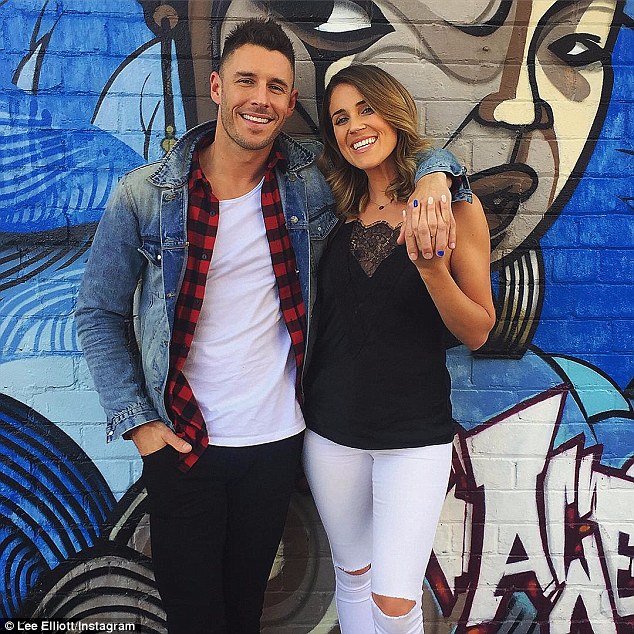 ‘One year ago we were finally allowed to walk down the street together’: Georgia marked the special day by uploading a couple picture together

The TV journalist’s beau also took the opportunity to celebrate, posting a photo of the pair at his sister’s wedding.

As Georgia blew Lee a kiss, he sweetly captioned the happy snap: ‘It was always you.’

He also affectionately dubbed the day with the use of the hashtag: ‘finaleversary.’ 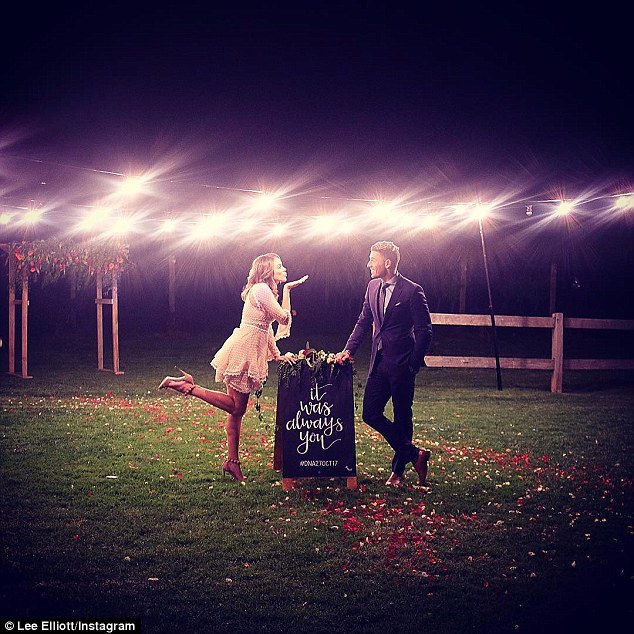 ‘It was always you’: Lee also shared a photo of Georgia blowing him a kiss as they attended his sister’s wedding 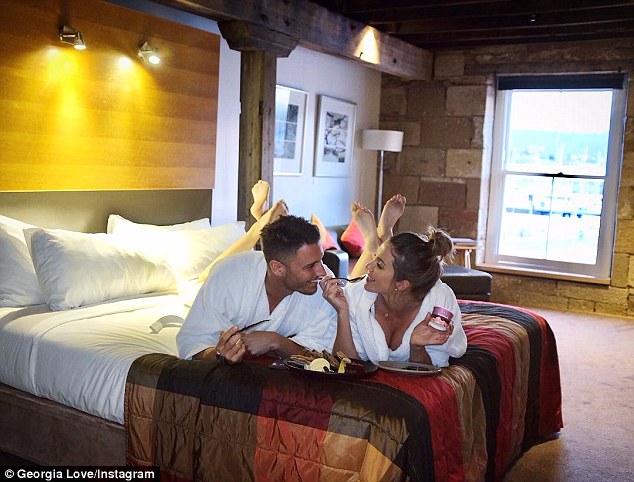 Always celebrating! As the final generally airs weeks after the actual couple becomes ‘official’, the pair recently took a romantic European holiday to celebrate a year of being together

As the final generally airs weeks after the actual couple becomes ‘official’, the pair recently took a romantic European holiday to celebrate a year of being together.

The reality show lovebirds have shown no signs of slowing down with their relationship, but are in no rush to get engaged.

Georgia told News Corp in June: ‘We want to move in together when we both decide we want to stay together every single night, not because of the public perception.’ 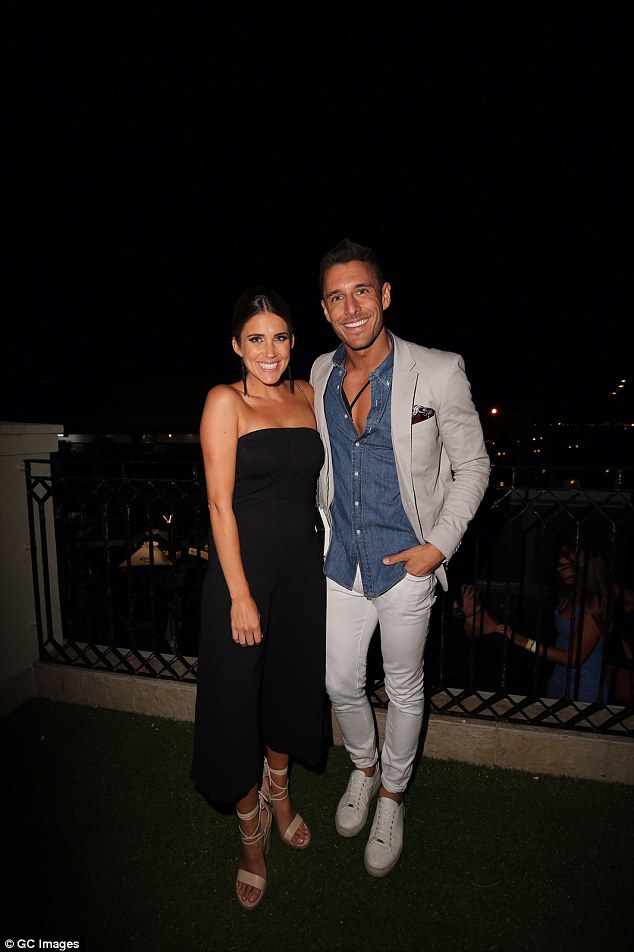 ‘A wedding isn’t on the cards’: Georgia and Lee appear to be in no rush to get engaged or settle down