Georgia man, 26, leans into a Wendy’s drive-thru window before throwing items at staff in Florida

Moment ‘belligerent’ Georgia man, 26, leans into a Wendy’s drive-thru window before throwing cups, straws and making a grab for the cash drawer in Florida

Florida authorities are searching for a ‘belligerent’ Georgia man reportedly who forced his way into a Wendy’s drive-thru window and threw items at staff.

The Hillsborough County Sheriff’s Office shared video of the incident to Facebook and asked for the public’s help in locating 26-year-old Kelvin Barnes.

According to a press release, Barnes and a group of unidentified passengers pulled up to a Wendy’s restaurant around 11pm on August 2 in Tampa.

‘An employee told deputies, Barnes, and his unidentified passengers, for some unknown reason became belligerent while placing their order,’ the release said.

Surveillance footage shows Barnes and around four others appearing upset outside the Wendy’s building.

One man, identified as Barnes, calmly approaches the drive-thru window on foot before he unexpectedly squeezes through the opening and begins throwing stuff.

With only half his body inside the Wendy’s kitchen, Barnes begins to hurl nearby cups, straws and even the makes a grab for the unattended cash drawer.

Barnes manages to slip out of the window as four Wendy’s employees rush to stop him.

They slam the drive-thru opening shut, prompting an irate Barnes to strike the sliding window twice. 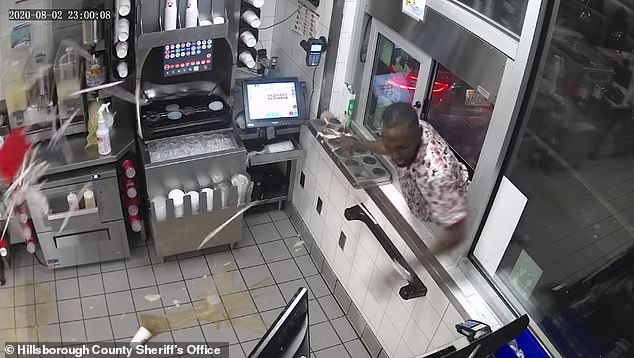 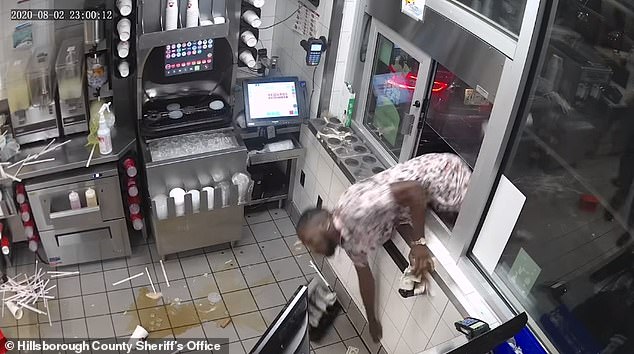 Barnes made a grab for the cash drawer, but it’s unclear if he was going to throw it at staffers or take the money

The group of unidentified friends appear to briefly calm Barnes and lead him to their waiting vehicle, but he once again beats on the drive-thru window.

The Wendy’s employees were left to clean up the discarded straws, utensils and spilled soda on the floor.

Employees told Hillsborough deputies they didn’t know why Barnes had become upset while making his order or why he allegedly threatened to physically fight them.

‘We have clear surveillance video of this suspect and are asking everyone to take a good look and call us if they know where Kelvin Barnes is hiding,’ said Sheriff Chad Chronister in the press release.

‘He didn’t get away with any money, but the damage and hostility this restaurant and its employees faced is unacceptable and we will make sure Barnes learns his lesson.’ 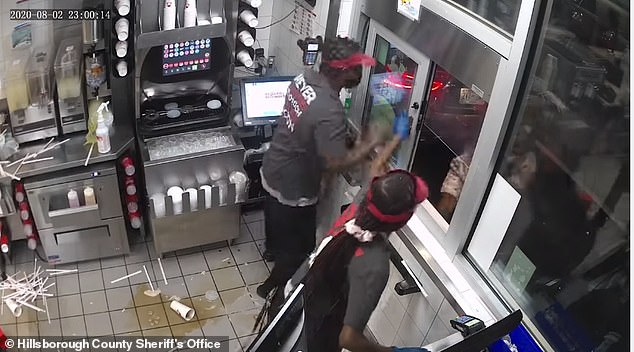 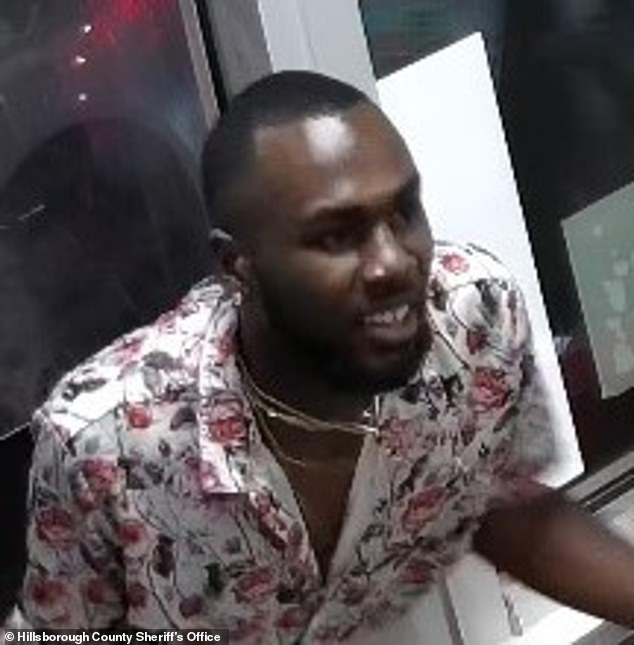 Deputies learned that the Nissan Maxima driven by Barnes was actually a rental.

The rental company is currently filing a failure-to-return report with the Tampa International Airport Police Department.

‘Barnes has a Georgia driver’s license and has no known local address.’ authorities said.

He is facing burglary, criminal mischief and petit theft charges.

Anyone with information on his whereabouts is urged to contact the Hillsborough County Sheriff’s Office at (813) 247-8200.