Georgia May Foote has fiercely denied claims she was axed from Coronation Street after refusing to have her character convert to Islam.

Her former co-star Marc Anwar told The Sun On Sunday that following Georgia’s decision not to go through with the storyline, her character Katie Armstrong was written out in 2014.

However the actress, 27, has blasted his comments as completely ‘fake’ on Twitter, and revealed she would have ‘jumped’ at the chance to play such a challenging plot twist.

Not true: Georgia May Foote has fiercely denied claims she was axed from Coronation Street after refusing to have her character convert to Islam

She wrote angrily to her 333,000 followers: ‘Again. Fake s*** stories. As an actress I would have jumped at the chance to play such a diverse storyline.’

Before adding firmly: ‘This was not the reason behind me leaving the show I loved and cherished for 5 years.’

A spokesperson for Coronation Street also told MailOnline: ‘Georgia May Foote did not refuse to do any storylines during her time on the show.’ 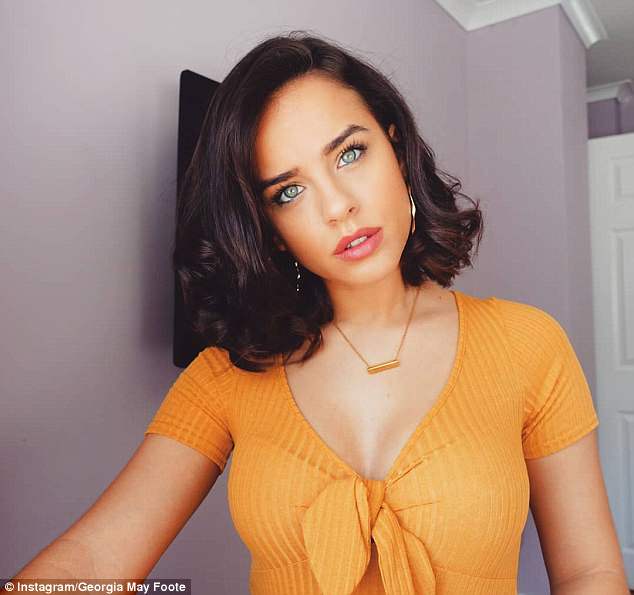 Furious: She wrote angrily to her 333,000 followers: ‘Again. Fake s*** stories. As an actress I would have jumped at the chance to play such a diverse storyline’

The claims were made by Marc Anwar,who was axed from the the ITV soap in 2016 after he was revealed to have posted racially offensive tweets – with his character Sharif Nazir abruptly leaving Weatherfield in the thick of a dramatic affair storyline.

Marc told the publication that Georgia was approached by producers with a storyline which would see her fall in love with Sharif’s grandson Zeedan (played by Qasim Akhtar), and would eventually convert to Islam so they could be together.

He said: ‘The storyline was that he would then ask her to become a Muslim. But when that was put to her she declined. I don’t know what her reasons were.

‘But she was adamant she didn’t want to do that storyline. And so the response was, ”OK, see you later.” 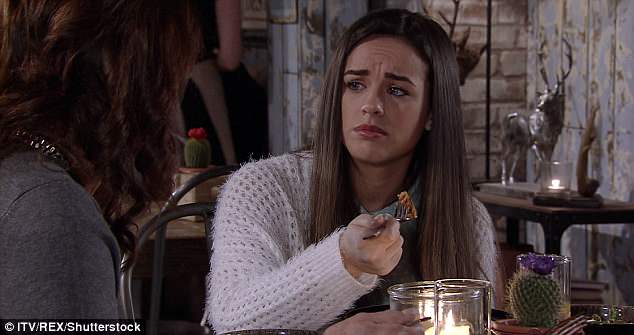 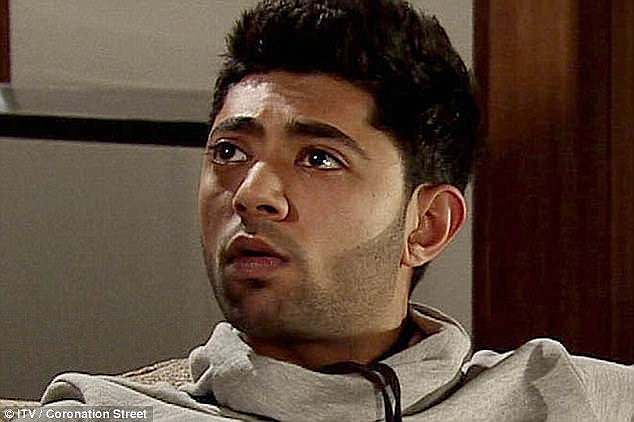 Dramatic: The storyline entailed that Georgia’s character Katie would have fallen for Zeedan Nazir (played by Qasim Akhtar)

Georgia was written out of Corrie in 2014 after five years in the role, and the star told OK! magazine at the time: ‘I was a bit gutted that leaving Corrie wasn’t my decision – it’s like a boyfriend dumping you first.’

To add insult to injury two years after her character left the Street – with the door left open for a possible return – Katie was killed off-screen in a car accident.

Meanwhile Marc was sacked from the soap in 2016 after he posted a slew of racially offensive tweets just days after 17 soldiers killed at a Kashmir airbase sparked a clash between India and Pakistan.

During his rant – in which he inserted asterisks in the most offensive words – Anwar said: ‘Ban #india movies in #PakistanisLeaveIndia. B******s p**s drinking c***s.’ 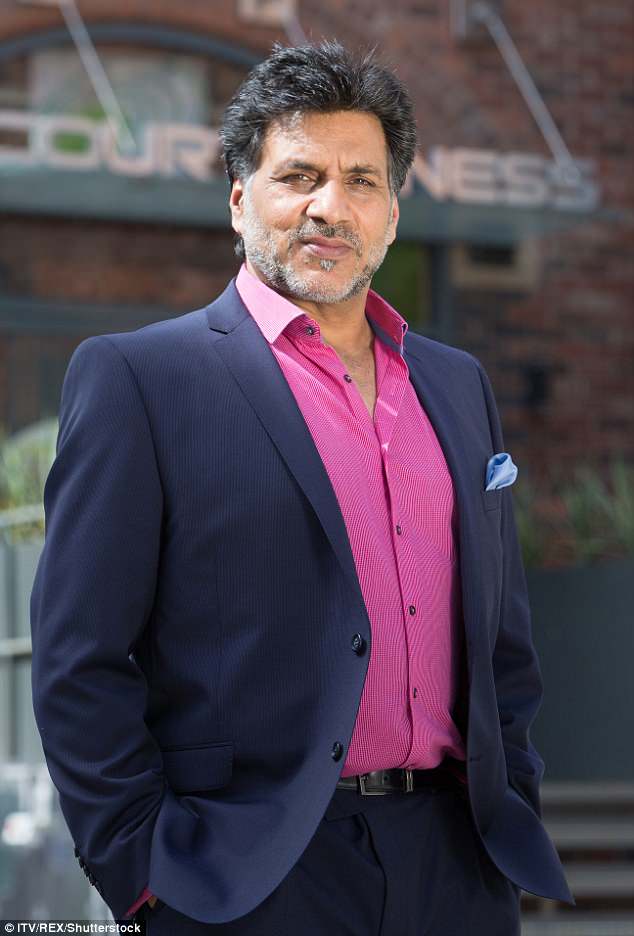 Explosive: Marc, 62, told The Sun On Sunday Georgia was approached by producers with the conversion storyline, but refused and was soon written out of the soap

Despite posting an apology video and deleting the tweets, Marc was swiftly axed from Corrie, with his character Sharif leaving under a cloud of mystery just as his seven-year affair with Sonia Rahman (Sonia Rahman) was discovered by wife Yasmeen (Shelley King).

In a statement a spokesman for ITV said at the time: ‘We are deeply shocked by the entirely unacceptable, racially offensive comments made on Twitter by Marc Anwar. We have talked to Marc and, as a consequence of his comments, he will not be returning to Coronation Street with immediate effect.’

Speaking to The Sun Marc also said that he immediately regretted posting the offensive tweets, adding they were sent ‘in the heat of the moment’ after he heard that a male relative had been killed in the Kashmir conflict. 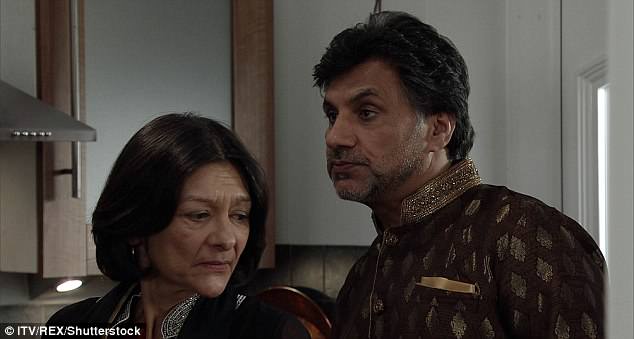 Sacked: Marc himself was sacked from Corrie in 2016, after he was revealed to have posted racially offensive tweets in response to the Kashmir conflict between India and Pakistan