A mother of two has told her children that God would protect them before closing her eyes and ramming their car into a utility pole.

Bahari Shaquille Warren, 25, was charged with two felony counts of cruelty to children early on Wednesday after the car crash in Norcross, Georgia, on the northeast outskirts of Atlanta.

Police said that Warren was driving north on Peachtree Industrial Boulevard when she crossed into the oncoming lanes and ran off the road, hitting the pole.

‘She was telling us to believe in god so nothing would happen to us,’ one of the children told police, according to patrol car footage obtained by WSBTV.

Warren told the children, who are aged five and seven, to buckle up and then accelerated blindly, police said. 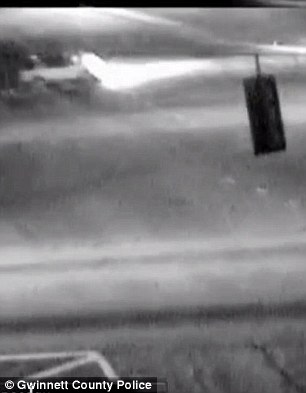 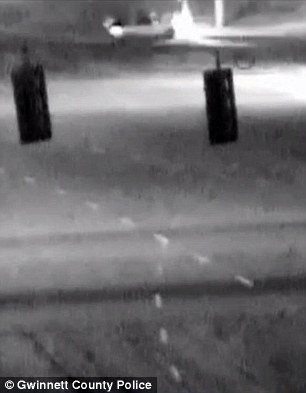 Warren told the children to buckle up and then accelerated blindly, police said. ‘Her eyes (were) closed and she was saying, “blah, blah, blah, I love God”,’ the daughter said 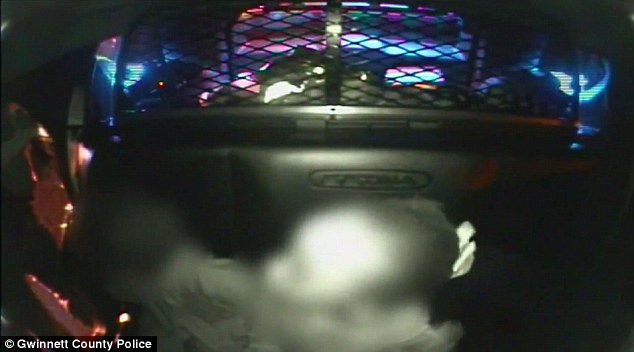 ‘She didn’t want us to just have a car accident. She wanted us to know that God is real,’ the daughter added.

After the crash, Warren admitted that she intentionally crashed the car to prove to her children that God is real, according to police.

The children stayed with a grandmother as Warren was taken into custody.

She was released from Gwinnett County Jail on Friday afternoon on $11,200 bond, according to jail records.

Warren’s attorney, Angela Brown, could not immediately be reached for comment early Saturday.

The mother is next due in court on Wednesday, according to court records, which spell her first name as Bakari.