An off-duty state trooper has died in a car crash that critically injured his two-year-old daughter.

Georgia State Patrol Trooper Tyler Parker, 23, ran his truck off the road in a single-car crash during a heavy rainstorm at around 5.20pm on Monday in Crisp County, Sheriff Billy Hancock said.

Parker was pronounced dead at the scene. His two-year-old daughter Savannah was rushed to the hospital in critical condition, but is expected to survive.

The trooper’s wife Tina was also in the vehicle but was not seriously injured. 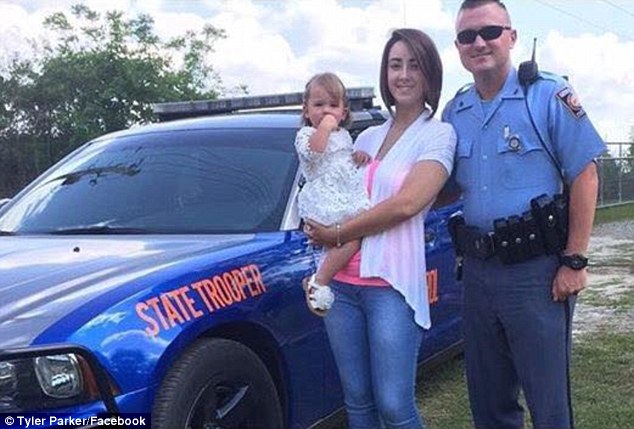 The crash took place on Arabi Warwick Road and weather was a factor, the Georgia State Patrol told the Macon Telegraph.

The state Department of Public Safety post requested prayers for Savannah and Parker’s wife and family.

Parker’s father is retired Trooper Gary Parker, according to WALB.

First responders told the station that they believe Tyler Parker’s truck hydroplaned and hit a tree.

Before becoming a state trooper, Parker was a deputy in the sheriff’s department in Crisp County. 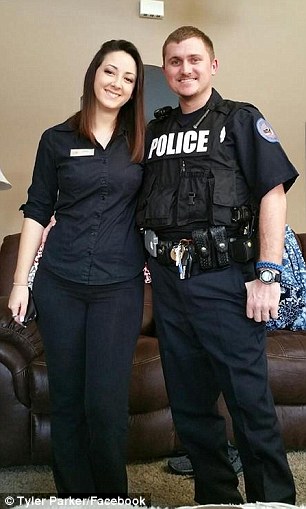 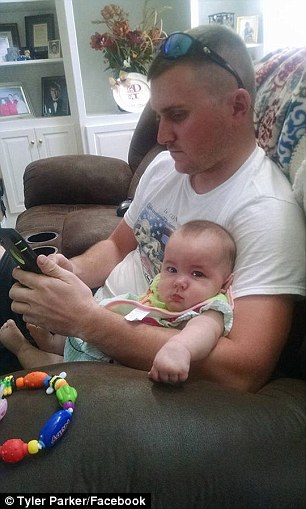 He was a graduate of the 98th Trooper School in 2016 and was assigned to Post 30 in Cordele, where he was from.

Savannah is being treated for her injuries in Navicent Health in Macon.

‘The Georgia State Patrol and the entire DPS family are heartbroken this morning,’ the Georgia Department of Public Safety said on Facebook Tuesday morning.

‘We thank you for your thoughts and prayers for his wife and family during this difficult time.’