Malik Yancey, 17, was arrested Saturday after he was allegedly clocked by police going 96mph before crashing the stolen car

A 17-year-old was arrested after he was clocked by police going 51mph over the speed limit in Georgia.

Suwanee police said they clocked a driver, identified as Malik Yancey, going 96mph in a 45mph zone near the intersection of McGinnis Ferry Road and Peachtree Industrial Boulevard.

Yancey allegedly led police on a wild chase early Saturday morning that resulted in him crashing into another car stopped at a red light.

Authorities said Yancey then got out of the car and fled the crash scene.

Police told the station that the car he was driving had also been stolen out of DeKalb County.

A retired police officer at a nearby QuikTrip gas station saw what was happening and was able to help apprehend Yancey.

‘The retired officer walked off and went into the QT to get his coffee. (He) came out and watched the rest of the event,’ Suwanee Police Capt. Shane Edmisten told the station.

The video showed Yancey being arrested by Suwanee police outside of the QuikTrip after he fled on foot.

No injuries were reported from the crash. Yancey faces seven charges related to the incident. 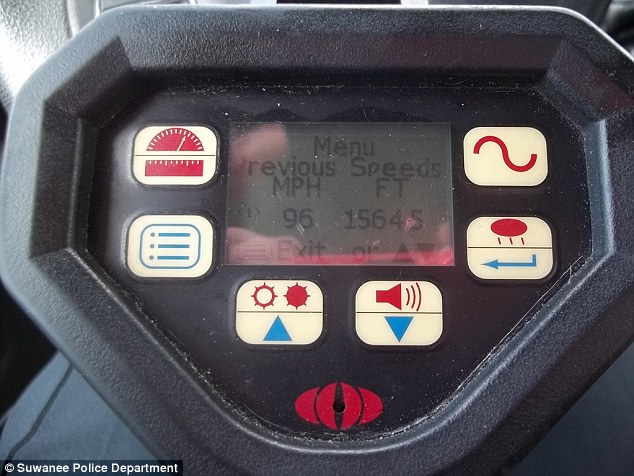 Yancey allegedly led police on a wild chase early Saturday morning that resulted in him crashing into another car stopped at a red light. He speed topped at 96mph (pictured is the police radar gun) 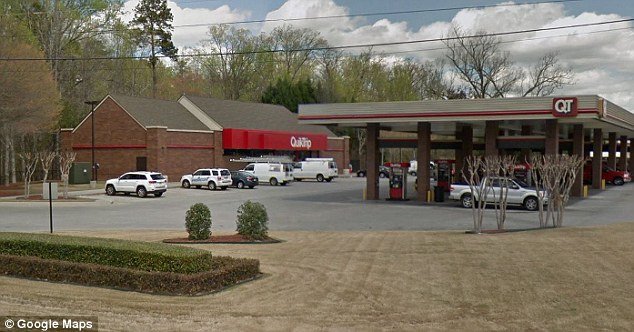