Georgia Toffolo made a stylish arrival at a breakfast hosted by Le Chameau and The Lady Garden Foundation at London’s Petersham Nurseries on Tuesday.

The former Made In Chelsea star, 27, wowed onlookers at the Covent Garden hotspot in a glittery silver blouse which she wore with coordinating flared trousers.

She elevated her height with a pair of pink heels while toting her essentials around in a coordinating handbag, at the event raising funds for gynaecological health.

Looking good: Georgia Toffolo wowed onlookers in a glittery silver blouse and flared trousers as she lead the stars at the Lady Garden charity breakfast on Monday in London

Accessorising her look with a collection of dazzling necklaces, the reality star exhibited her flawless complexion and wore her blonde locks in beachy waves.

She was soon joined by Jenny Halpern Prince who commanded attention in an eye-popping pink blazer which she teamed up with a white shirt and red trousers.

Toff also chatted up a storm with Georgina Kirby who looked graceful in a green maxi dress while putting her best fashion foot forward in a pair of red leather boots.

Tamara Beckwith looked ever-stylish in a burgundy wool polo neck sweater which she layered beneath a smart camel suit. 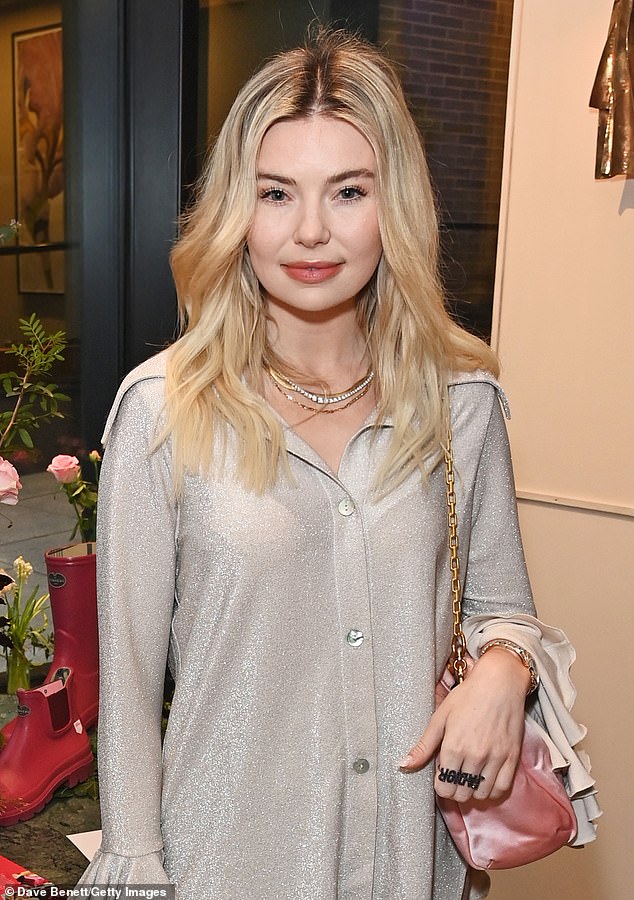 Beauty: Accessorising her look with a collection of dazzling necklaces, the reality star exhibited her flawless complexion and wore her blonde locks in beachy waves 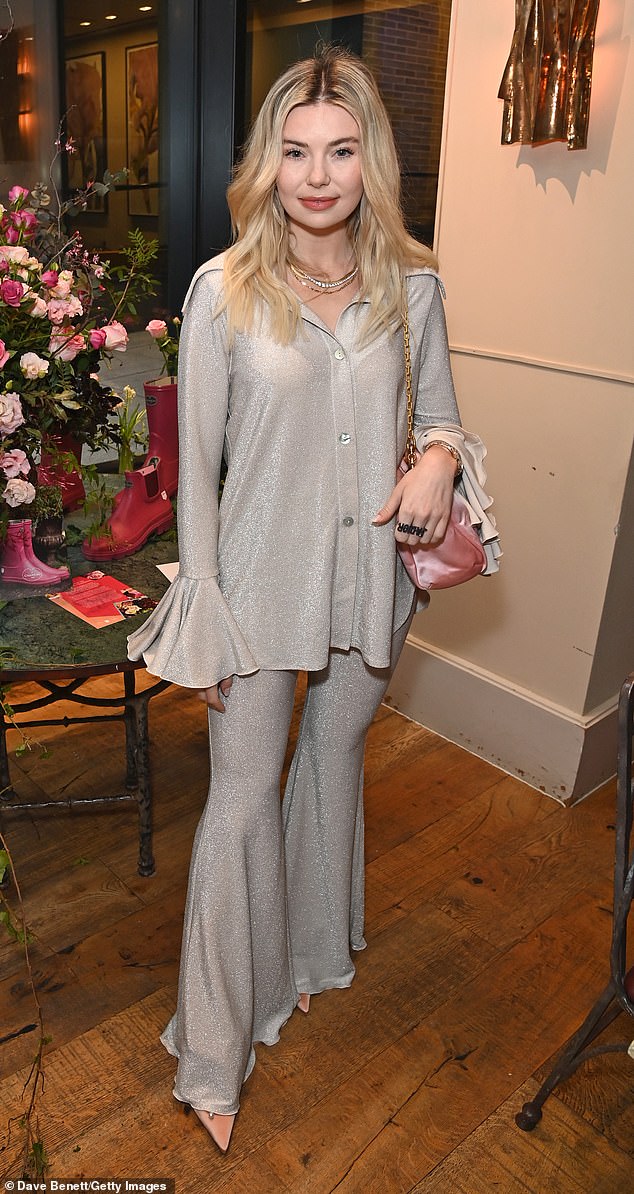 Trendy: The former Made In Chelsea star, 27, made a stylish arrival at the Covent Garden hotspot with coordinating flared trousers 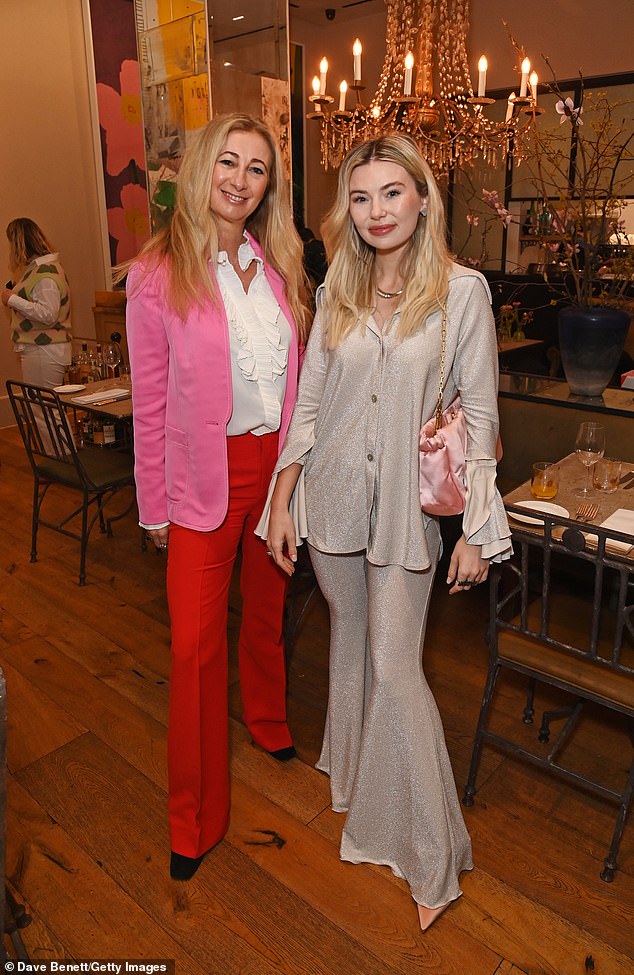 Pals: She was soon joined by Jenny Halpern Prince (left) who commanded attention in an eye-popping pink blazer which she teamed up with a white shirt and red trousers 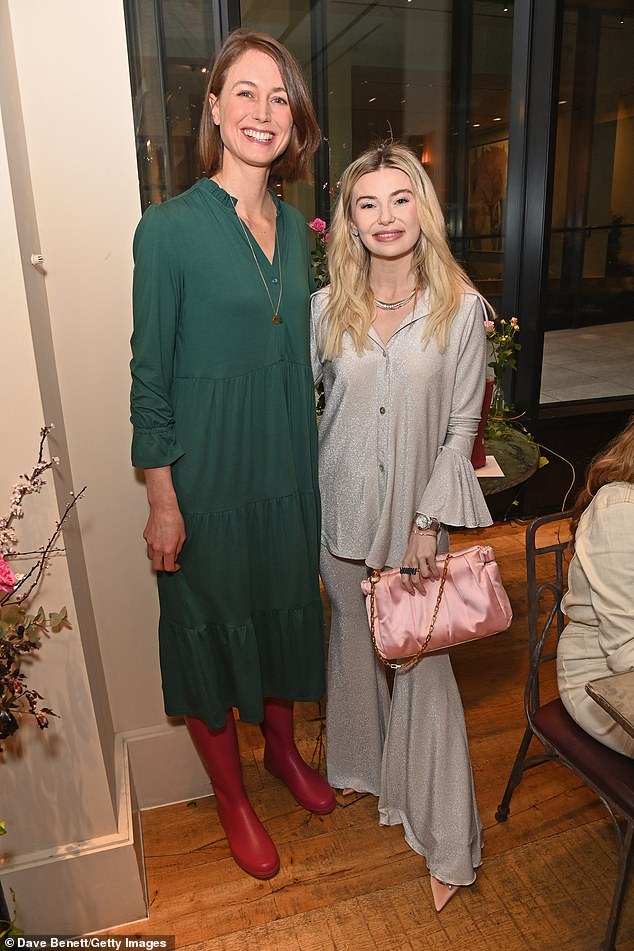 Beaming: Toff also chatted up a storm with Georgina Kirby (left) who looked graceful in a green maxi dress while putting her best fashion foot forward in a pair of red leather boots

It comes after Georgia kicked off a four-part series for This Morning titled ‘Holiday 22’ with a trip to Mexico – one of the cheapest long-haul, all-inclusive destinations.

She travelled up the Yucatán Peninsula, went swimming in the Cenotes and ate beans again for the first time since her I’m A Celebrity Get Me Out Of Here stint in 2017.

The influencer hopped on a boat and visited Isla Mujeres, which translates to ‘Island of Women’ and is just off the mainland of Cancun.

There, she met a restaurant owner Javi and travelled around the 7km island with him on a golf cart, stopping off at stunning North Beach. 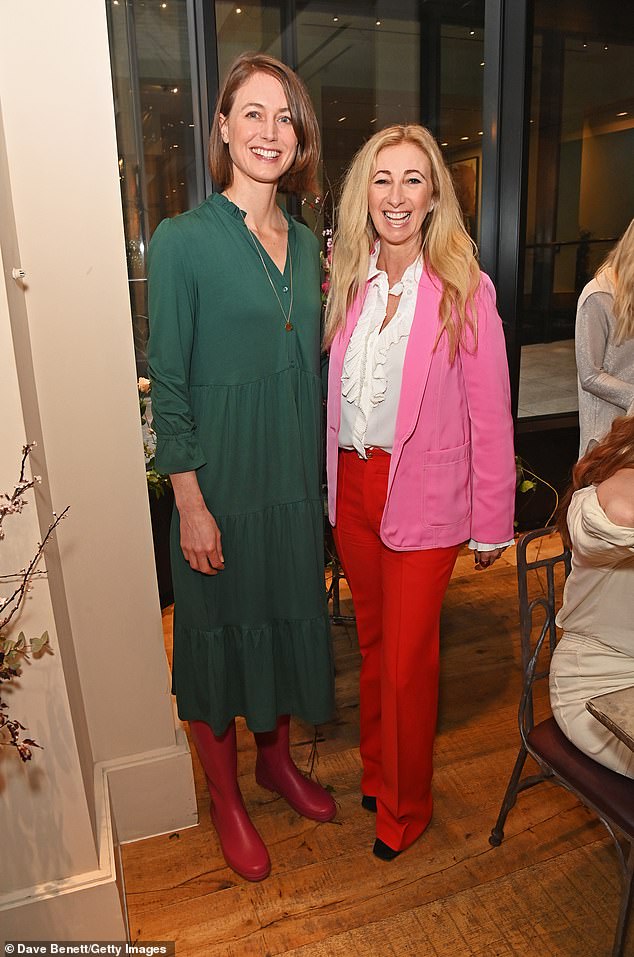 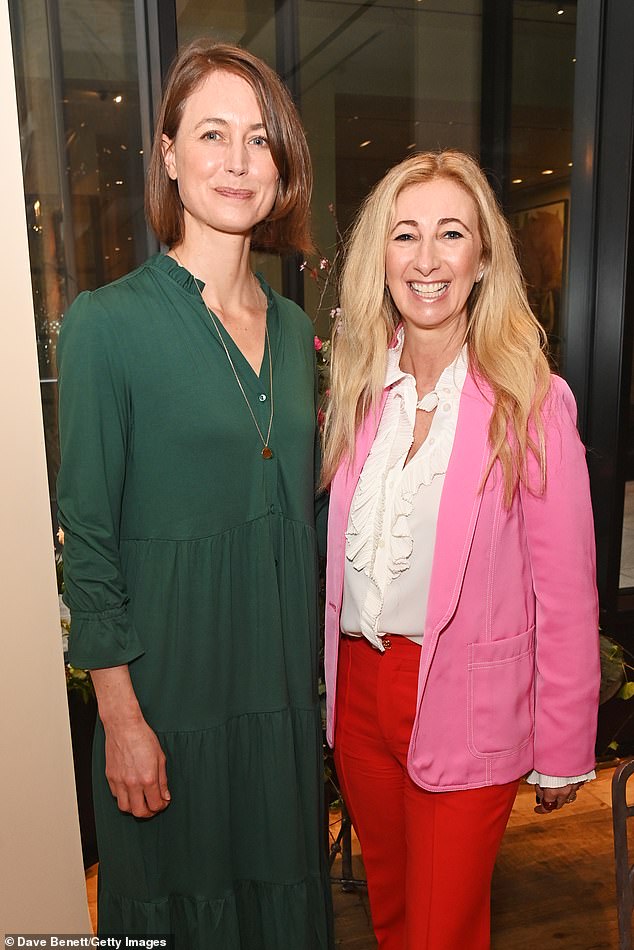 Grinning: They appeared to be in high spirits, enjoying one another’s company

Having a blast! Georgina continued to pose for the camera while Amanda Wakeley looked smart in a black jacket featuring grey sleeves 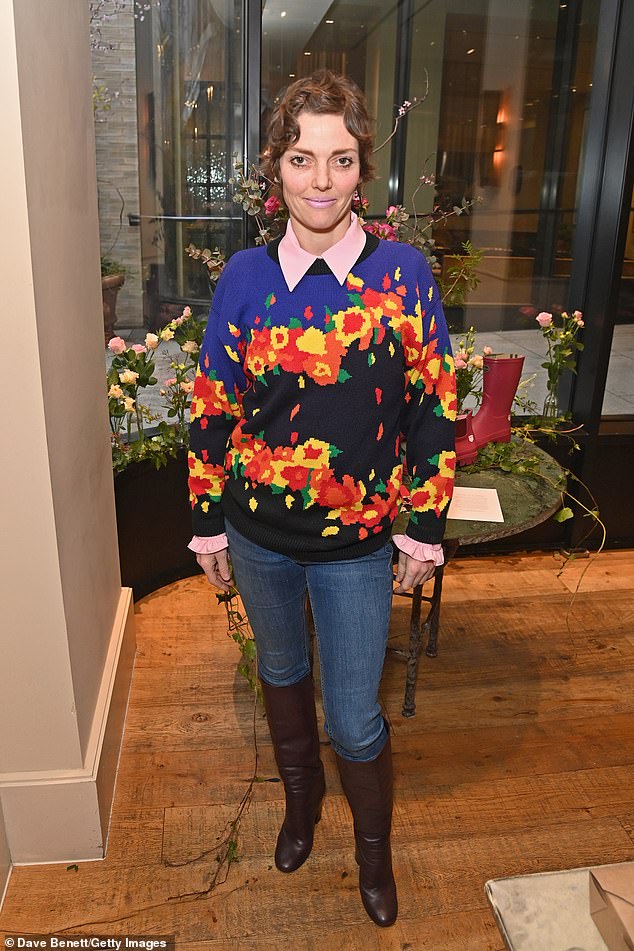 Standing out: Camilla Rutherford ensured she was the centre of attention in a multi-coloured floral jumper

Javi also showed her how to make Tikin Xic – a colourful grilled fish cooked in banana leaves. Georgia ended the VT by jumping into the clear water sea.

Gushing about her Mexico adventure, Georgia said: ‘It was amazing! We went all the way up the Yucatán Peninsula and the further we were going, the more authentic it was – from the food we were eating to the accommodation we were staying in.

‘I did some really cool things such as zip wiring, canoeing, swimming in the Cenotes – pretty cool stuff and that was all a first for me! I’ve never really been anywhere similar to Mexico before.

‘The culture is so rich and I’d never really experienced anything like it… and the crew and I really fell in love with the people. Everyone was amazing.

Gorgeous: Tamara Beckwith looked ever-stylish in a burgundy wool polo neck sweater which she layered beneath a smart camel suit 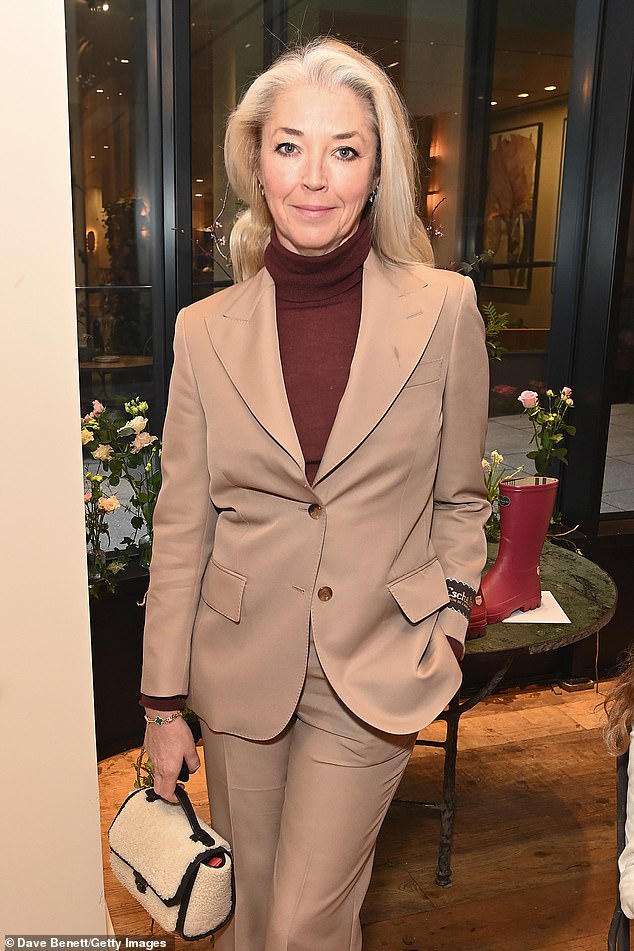 Wow! Tamara certainly knows how to put her modelling skills to use 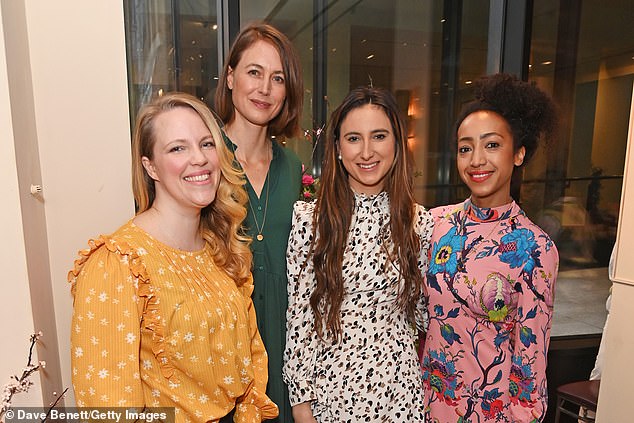 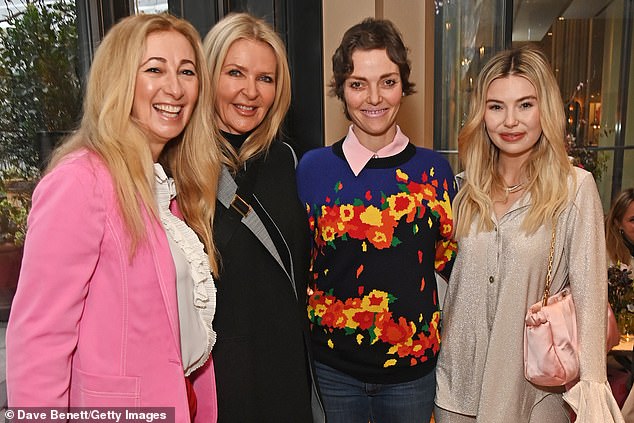 Friends: Jenny, Amanda, Camilla and Georgia (pictured L-R) appeared to be in their element

They were not only accepting of us trying to show everyone this beautiful country, but we also got taken to a cemetery, which sounds quite sad, but it was the most beautiful thing I’ve ever seen.

‘It was extraordinary and they explained how they were their ancestors and I felt really privileged to be part of it.’

Asked who she’d choose from the This Morning team as her travel buddy, Georgia admitted: ‘I think it’d have to be Gyles Brandreth because the only thing I missed out on was learning more about the history of the place, because we were so busy running around filming, but I’d love to know what he thinks about our surroundings. 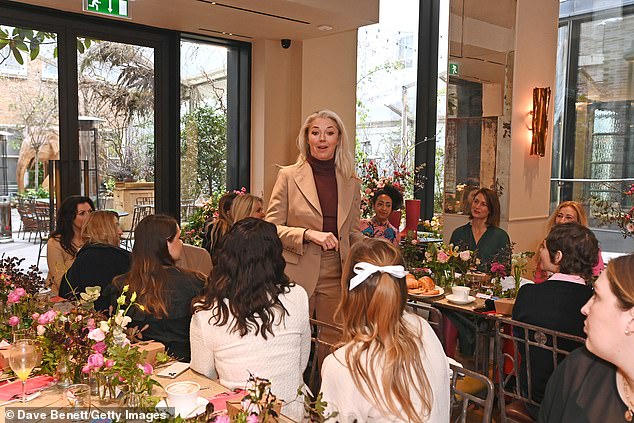 Centre of attention: Tamara put her public speaking skills to use as she addressed her audience 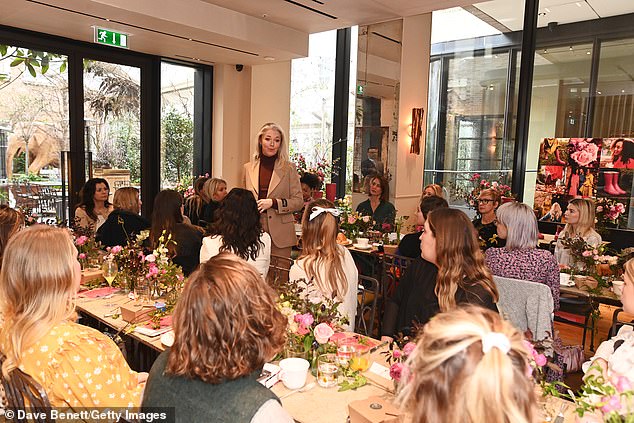 Elegant: She oozed glamour as she commanded the attention of her crowd

‘Some of the architecture and the churches I went in and saw were so beautiful and authentic… maybe there needs to be a travel series with the pair of us next time, I’d love it so much!

‘I really try to immerse myself in the culture and give it a good go and like to live how the locals do, and that’s what I loved about Mexico because we really got to do that.’

And Georgia has booked her next holiday, revealing: ‘I’m going to Kenya with a couple of my friends, starting in Nairobi and going to Lamu Island and then going to Diani Beach – so three internal flights. I love Africa so much. I just can’t wait and feel so lucky to be travelling again.’ 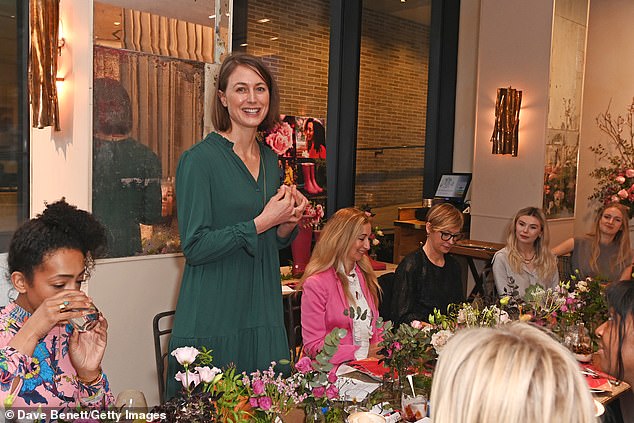 Taking the plunge: Georgina soon took her turn at making a speech