A Georgia woman is suing after spending three months in jail because a roadside drug test falsely labeled her bag of cotton candy as methamphetamine.

According to Macon-based WMAZ-TV, Dasha Fincher from Monroe County, Georgia, has filed a lawsuit in federal court against the board of commissioners in Monroe County, two deputies and the company that manufactured the drug test used during the traffic stop, Sirchie Acquisition Company.

Fincher was riding in the passenger seat of a car on New Year’s Eve 2016 alongside David Morris Jr. when deputies Cody Maples and Allen Henderson pulled them over for having dark windows tints, although it was later found that the window tint didn’t violate the law. 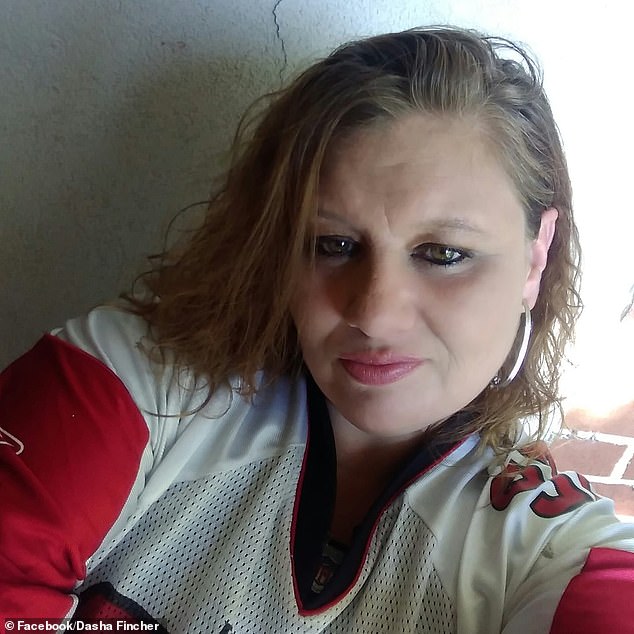 When the deputies searched the car they found a ‘plastic bag filled with a blue crystal-like substance in the passenger side floorboard’, according to the incident report.

Fincher said she told them it contained blue cotton candy but they didn’t believe her.

The incident report described Fincher as ‘shaking’ and ‘nervous.’ However, the lawsuit claims that police dashcam video shows that she was ‘calm’ when questioned.

The deputies proceeded to use a Nark II roadside field test, manufactured by the Sirchie Acquisition Company, that came back positive for meth.

Morris and Fincher were then arrested.

Morris received a citation for driving while his license was suspended. 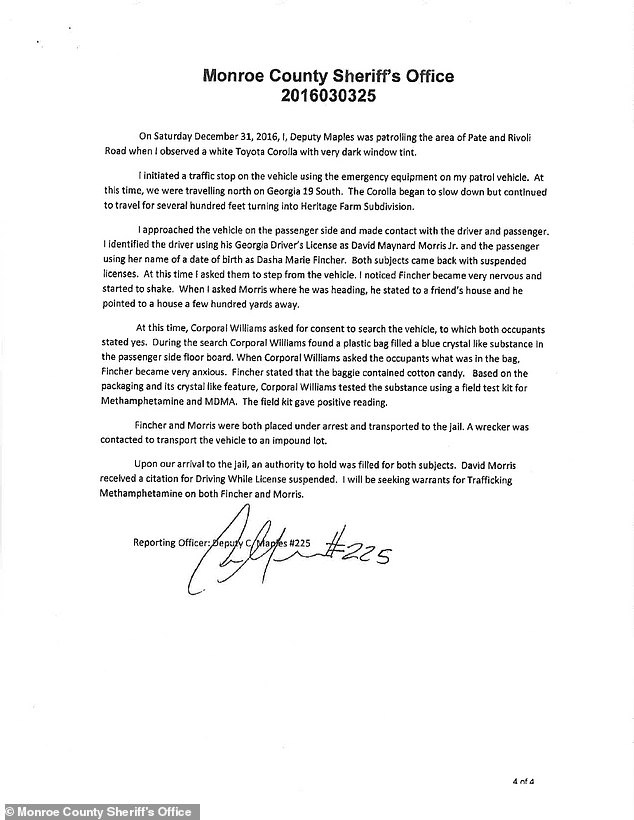 The incident report alleged Fincher was ‘nervous; and ‘started to shake’

Fincher was charged with trafficking meth and possession of meth with intent to distribute, the lawsuit said.

She remained in jail for around three months while the substance was tested. The lawsuit says Fincher couldn’t afford a $1 million bond.

In March 2017, lab results came back and it was found that the blue material contained no controlled substances. She was released from jail on April 4. 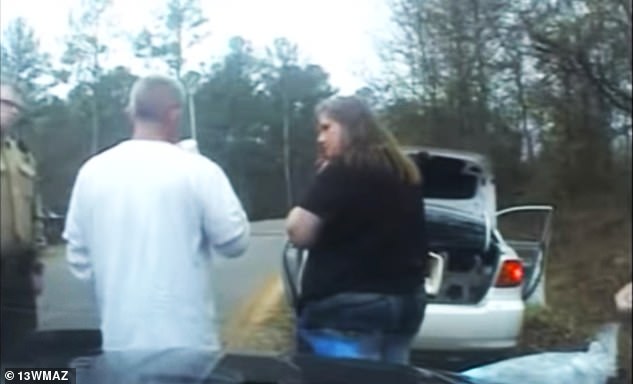 Fincher was charged with trafficking meth and possession of meth with intent to distribute. She was in jail for three months until further tests showed the bag contained cotton candy

Fincher’s charges were dropped about two weeks later, according to the lawsuit.

The lawsuit alleges the drug test kits have a ‘history of producing false positive results.’ It states that the two deputies were not trained in identifying street drugs or in performing the Nark II test.

‘Blue food coloring used in the cotton candy would likely cause a false positive test result, the suit argues.

Fincher said her time in jail caused her to miss ‘several serious life events,’ including the birth of two grandsons and her daughter’s miscarriage, the lawsuit said.

Fincher is seeking punitive damages, as well as court fees.