‘With that save he brought us to the last 16’: Georginio Wijnaldum hails Alisson’s Champions League heroics

Critics questioned the wisdom of manager Jurgen Klopp spending £65million on the summer purchase of the Brazil international but the 26-year-old has already repaid a large chunk of that transfer fee.

He made a brilliant save from Everton midfielder Andre Gomes in the Merseyside derby which allowed them to win the game with a late goal and pulled another one out the bag, again in added time, to deny a Napoli equaliser on Tuesday which would have ended Liverpool’s Champions League campaign. 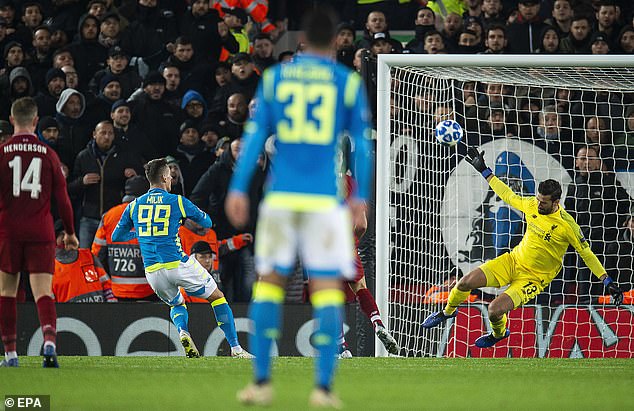 ‘That’s why he’s a goalkeeper, to save it,’ joked Wijnaldum. ‘It was a really good save, with that save he brought us to the last 16.’

Alisson’s record in the Premier League is incredible with 10 clean sheets in 16 matches with just six goals conceded.

It is why Liverpool have enjoyed the best start to a season in their history and are top of table by a point from defending champions Manchester City.

‘He did it almost every match: someone is through on goal and you think they are going to score and then Ali is there to make a save,’ added Wijnaldum.

‘He has helped us a lot and I hope he can perform until the end of the season and continue making important saves for us. 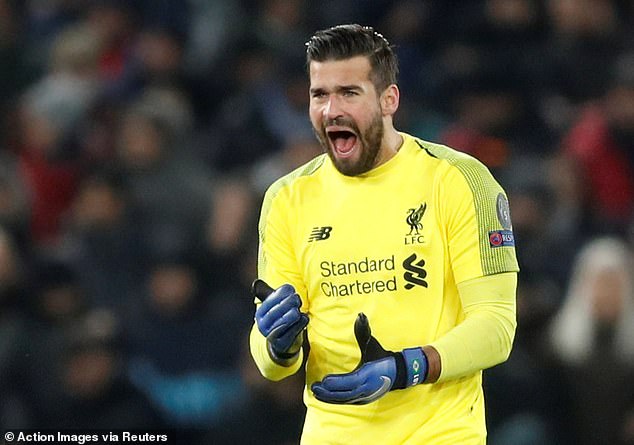 ‘He already gave us confidence he is a good goalkeeper. It is always difficult to stop balls, for example the one against Everton: if that one had gone in no-one would have blamed him but he saved it.

‘Against Napoli also it was difficult to stop that ball but he managed to stop it and we are happy so of course it gives confidence.

Liverpool are the only remaining unbeaten team in England’s top five divisions but Wijnaldum does not believe they are invincible and must maintain their work-rate to preserve that record. 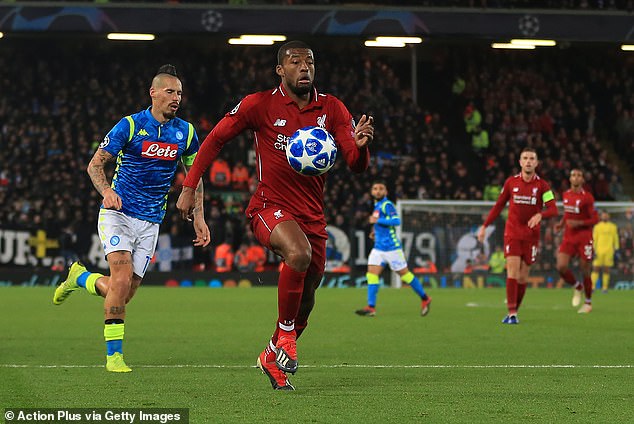 ‘Invincible? No, not really. We know we have to do a lot to not lose games and even more to win it,’ he said.

‘We know we have to give a good performance every week to continue the run we are in.

‘I don’t really think we are invincible and if we think that we have a manager that would put both feet on the ground.’

The next test comes on Sunday at home to arch-rivals Manchester United, who despite already being 16 points behind in seventh place will pose a threat at Anfield. 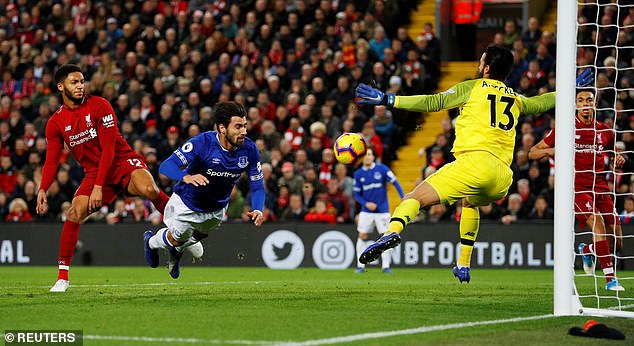 Wijnaldum believes Jose Mourinho’s side are undergoing a blip and are in a false position, which is why they will not underestimate them.

‘Things can happen, everyone can have a bad season,’ he said. ‘I think the year before I came Liverpool finished eighth so those things can happen. That does not mean they are not a good team with good players.

‘Last season with the same players they finished second. One season goes well, one season a little bit more difficult.

‘It doesn’t mean they have a bad team: they have good players, a good manager, and they know how to manage games and win games – or not to lose games. It is going to be difficult.’