‘If you compare the teams to each other, it is 50-50’: Georginio Wijnaldum shrugs off claims that Liverpool are favourites ahead of the Champions League final

Georginio Wijnaldum attempted to deflect the favourites tag away from Liverpool ahead of their Champions League final against Tottenham this weekend.

Runners-up Liverpool finished 26 points ahead of Spurs in the Premier League this season and did the domestic double over Mauricio Pochettino’s side – beating them 2-1 on both occasions.

The Reds are therefore being tipped by many bookmakers to prevail in Madrid on Saturday night, but Wijnaldum pointed out their most recent meeting at Anfield two months ago was only settled by a last-gasp own goal from Toby Alderweireld following a blunder from Tottenham captain Hugo Lloris. 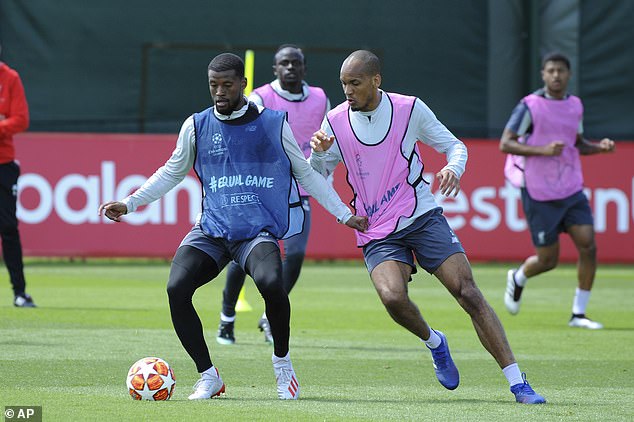 Speaking at Liverpool’s media day at their Melwood training base, the Dutchman said: ‘I don’t really think about favourites because in a game everything can happen. In 90 or 95 minutes two teams will make a chance to win the game.

‘Everyone makes us favourites because we finished higher than them in the league and won two times against them but if you look at the second game in the second half, it was quite difficult.

‘For a long time it was looking like the game would end 1-1 but we had a little bit of luck for the second goal.

‘If you compare the teams to each other, it is 50-50 if you can win the game. That’s why it’s important to start the game well, focus and give everything we have.’ 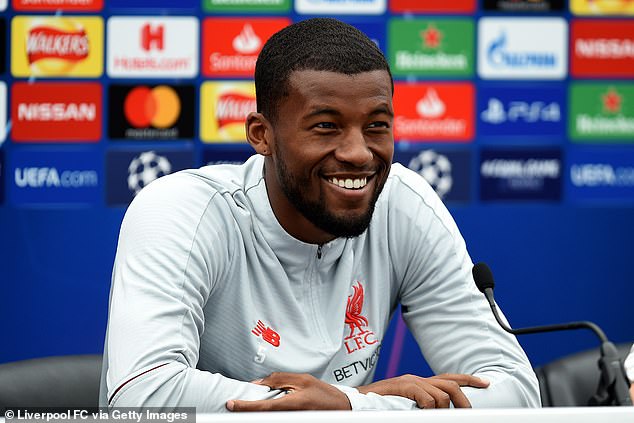 One area where Liverpool have an undisputed edge is experience in the latter stages of Europe’s elite club competition, having reached the final last season, when Real Madrid dashed their hopes.

But Wijnaldum, whose quickfire second-half brace underpinned Liverpool’s incredible semi-final comeback against Barcelona earlier this month, believes they have learned from what took place 12 months ago.

He said: ‘What happened to us last year will help us this year. We experience one final more. 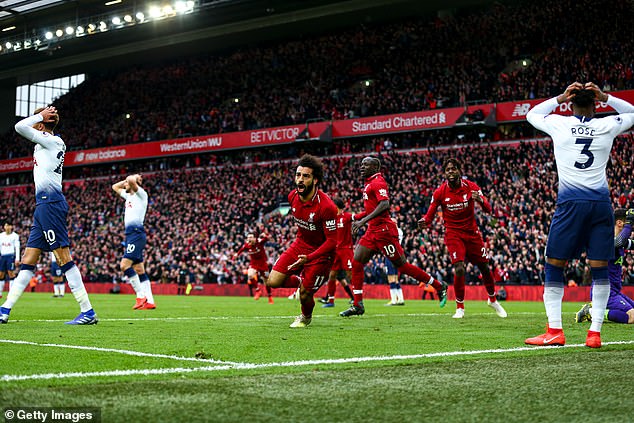 ‘I don’t think we are that nervous. We take it more as an experience than something we should be scared of.

‘Personally I don’t really have pressure. For me it is just an opportunity to win a title. We just have to see how we react as a team.’

The showdown against Tottenham will see Wijnaldum and Moussa Sissoko potentially go head-to-head in midfield, only three years after the pair were relegated at Newcastle. 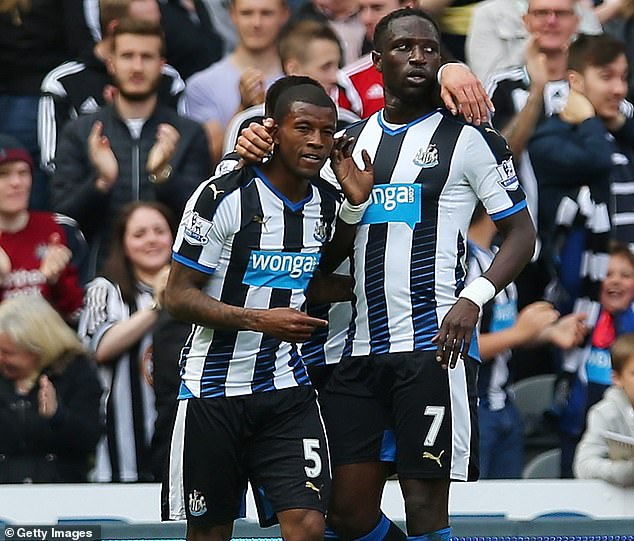 Wijnaldum spoke of the close nature of his friendship with the Frenchman but insisted that will be parked to one side when they are on the field at the Wanda Metropolitano.

Wijnaldum added: ‘With Moussa I have quite a good relationship. When I came (to England), he was the first player who brought me to eat something. Since that moment, I have a really good relationship with him.

‘He came to my house a lot at Newcastle. We still speak to each other. In the final we will not be friends for 95 minutes, after we will speak again.’