Gerard Pique reveals Manchester United’s ‘amazing’ 2007 Christmas party is the BEST he’s ever been to… despite the squad getting hit by the wrath of a furious Sir Alex Ferguson the next day!

Gerard Pique has revealed to Gary Neville that the Manchester United Christmas party in 2007 remains the best he has ever been to – even though he incurred the wrath of Sir Alex Ferguson.

Pique was talking to his former United team-mate as part of filming for the latest episode of The Overlap, Neville’s YouTube channel.

The Sky Sports pundit was running through 14 quickfire questions with the Barcelona star, including one about his favourite ever party. 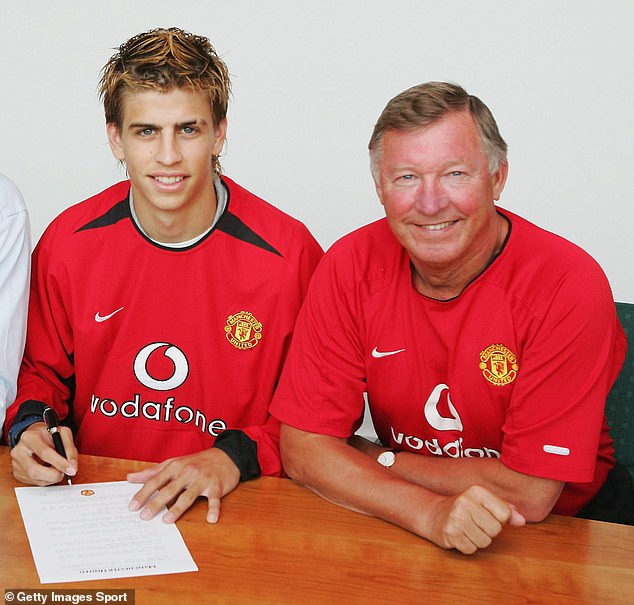 ‘The Christmas party, my last year in Manchester,’ Pique said. ‘I was 20, the whole day was amazing!’

Pique has previously said how Ferguson was fuming at his players for having a Christmas bash that year and was waiting for them the following day at training.

He previously told Barcleona’s in-house channel: ‘Two or three days before Christmas, there was a party just for the players in the team.’

‘It was the bee’s knees, they really cut loose. It was all day long. We left training, left our cars there and got a bus.’

‘We went to the casino. Casino, party. The next day Sir Alex was waiting for us in the dressing room.’

‘We got a real scolding. There was an aluminum chair and he kicked it but unfortunately with his shin. You could see him start limping.’

‘He’d destroyed his leg. It was spectacular. From there on they stopped with the Christmas party.’

Pique also told Neville that whisky and coke is his favourite alcoholic drink because, he claims, you don’t get a hangover from it the next day.

‘Who told you that, Wazza?’ Neville joked in reply. 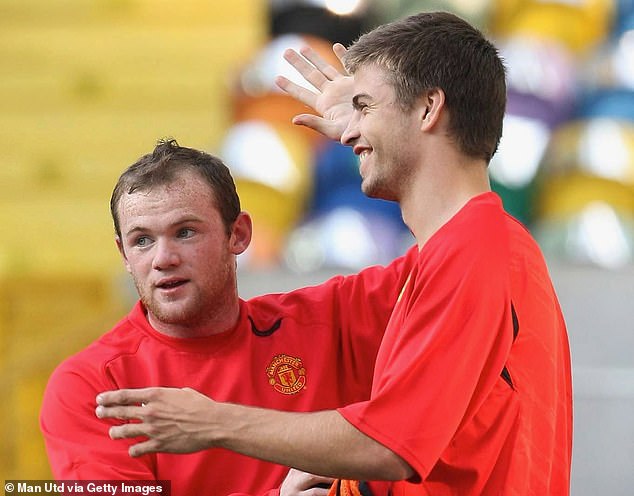 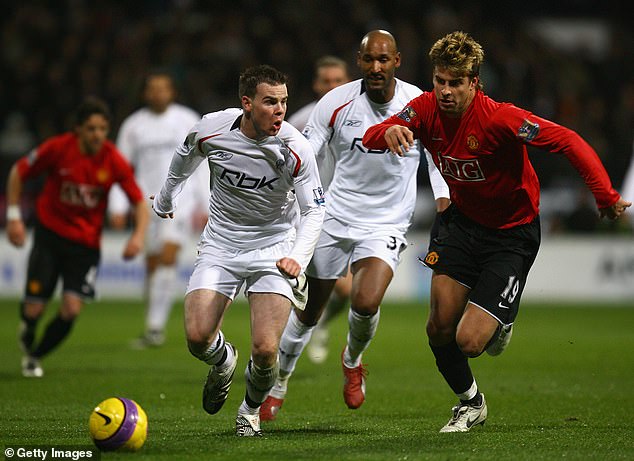 Pique left United 14 years ago in 2008 for Barcelona, where he has remained ever since

Pique spent four years at United, leaving the summer after the Christmas party in question, in 2008, for Barcelona.

He has been at the Nou Camp ever since, winning eight LaLiga titles and three Champions Leagues.

At present, Barcelona are second in the Spanish league standings with rivals Real having already wrapped up the title.