German railway operator Deutsche Bahn has decided to call one of its new generation of Inter City Express trains Anne Frank after the Holocaust diarist.

This is despite the fact that the Jews of Europe were transported to death camps aboard trains during the Holocaust.

Many took to social media after the announcement to denounce it, with Christian Social Union politician Iris Erberl branding the name ‘impious’.

Anne was loaded aboard a train to the extermination camp of Auschwitz in Nazi occupied Poland in 1944 after the secret attic where she and her family had been hiding in Amsterdam was raided by the Gestapo.

And it was another train which later transported her to Belsen in Germany where she died early the following year.

Only her father survived the camps to return to the hiding place and retrieve the diary she had penned which has subsequently become the most famous memoir of the Holocaust.

In mid-September Deutsche Bahn called on its customers to submit name suggestions for the new fleet of Inter City Express (ICE) trains.

Within four weeks there were 19,400 suggestions received with over 2,500 different names proposed.

Deutsche Bahn said many people proposed immortalising Frankfurt-born Anne still further in German memory with the naming of an express train after her.

Antje Neubauer, head of marketing and PR of Deutsche Bahn and member of the jury of judges on the project, said; ‘It stands for tolerance and for a peaceful co-existence of different cultures, which in times like these is more important than ever.’ 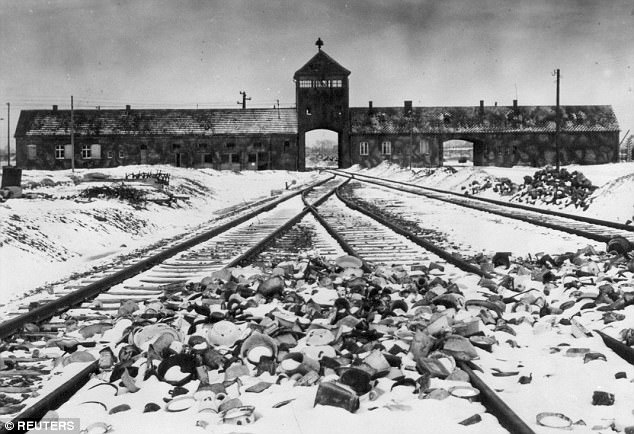 Other trains will be named after the first postwar German chancellor Konrad Adenauer and eminent physicist Albert Einstein.

‘As different as the selected personalities are, they have one thing in common: they were curious about the world,’ said jury member Prof. Dr Gisela Mettele, professor of gender history at the Friedrich-Schiller-University in Jena.

One wrote; ‘Am I actually the only one who finds it strange to call a train of the legal successor of the Reichsbahn Anne Frank?’

The Reichsbahn was the state railway company during the Third Reich whose locomotives and carriages were used to transport the Jews of Europe to their deaths.

Another wrote; ‘The legal successor to the Reichsbahn, which does not compensate forced laborers until today, baptizes an ICE train Anne Frank. As an historian I unfortunately find this terribly wrong.’

If the decision goes ahead the Anne Frank express will take to the rails in December.