German international Nico Schulz, 29, accused of ‘kicking his pregnant girlfriend in the stomach’

German international full-back Nico Schulz, 29, has been accused of kicking his pregnant girlfriend in the stomach just two weeks before she was due to give birth.

The player’s now ex-partner has filed a complaint for multiple cases of alleged domestic abuse that took place in 2020, with prosecutors confirming to German outlet Bild that an investigation has been opened and that Schulz’s house has been searched.

In a string of WhatsApp messages seen by Bild, the woman tells the Borussia Dortmund full-back: ‘You hit me when I was naked in my own apartment’.

It is also claimed that Schulz ‘kicked his girlfriend in the stomach with his shoed foot’, which the prosecution alleges was an attempt to terminate the pregnancy. The 29-year-old denies all of the allegations.

Borussia Dortmund released a statement on Sunday to confirm that they had spoken to Schulz about the claims.

‘Borussia Dortmund took yesterday’s media reports regarding criminal allegations – concerning Nico Schulz’s private life – as an opportunity to immediately seek dialogue with the player and his advisors,’ the club said.

‘The player denies the criminal charges against him. Nico Schulz has informed us that he will defend himself against these allegations with the help of a lawyer and that he will also claim the presumption of innocence.

‘The allegations made, of which Borussia Dortmund was not aware until the media reports, weigh extremely heavily and are shocking for BVB. Borussia Dortmund takes it very seriously and distances itself from any form of violence.

‘However, Borussia Dortmund is not a party to the proceedings and has no access to the investigation files or the criminal complaint that has apparently been filed.

‘Since this is a pending procedure in the early stages of the investigation and the factual and legal situation for Borussia Dortmund is extremely unclear as of today, we are currently unable to make any reliable and legally certain decisions regarding labour law and disciplinary measures. 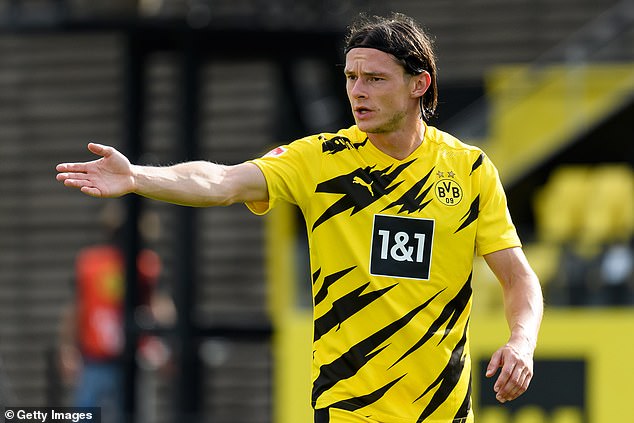 The 29-year-old, who plays for Borussia Dortmund, denies all of the allegations against him

‘However, we reserve the right to do so at any time for a point in time when we objectively know more. Borussia Dortmund will not be making any further comments at this time.’

Schulz has spent the last three years at Dortmund but has been a fringe player in the squad, starting only nine league matches last season. He also made four appearances in the Champions League.

New Dortmund manager Edin Terzic did not select the left-back throughout pre-season and he was not included in the squad to face Bayer Leverkusen in the first game of the new Bundesliga campaign on Saturday. 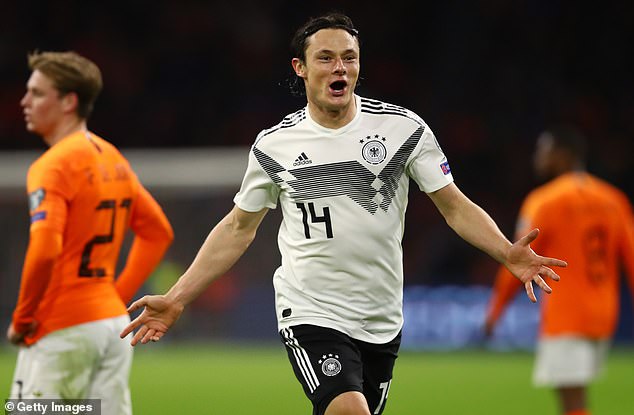 A regular for Germany at youth level, Schulz did not make his senior international debut until the age of 25.

Since then he has earned 12 caps and scored two goals, but has not played for the national team since 2020.