Christian Brueckner, 43, is being investigated for a series of murders internationally

German authorities have asked Portuguese police for all the evidence they have on Madeleine McCann suspect Christian Brueckner so he can be tried in his homeland, it emerged today.

But the newspaper claimed the possibility of a DNA match to convicted rapist Brueckner was remote as the DNA sample requested had little ‘identification value.’

The claim followed conflicting earlier reports saliva taken from Madeleine’s bedspread belonged to someone linked to her family and authorities had known for a ‘long time’ it was not the German 43-year-old’s.

Brueckner has now been named as a potential suspect in the kidnap, rape and murder of 11-year-old Claudia Ruf in 1996, a case which has sat cold for 24 years.

Ruf was kidnapped, raped and killed in her home town of Hemmerden in the western German state of North Rhine-Westphalia before her body was found on a dirt road some 70 kilometres (43 miles) away on a dirt road in the town of Euskirchen, near the city of Bonn. 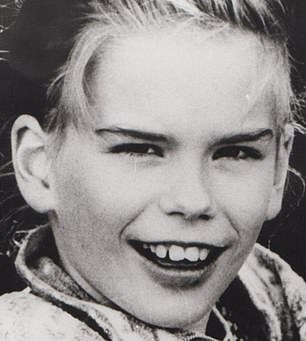 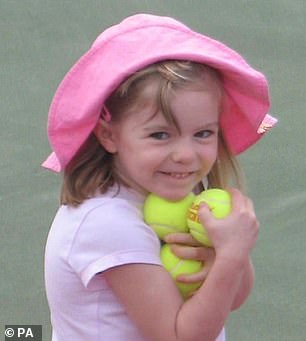 Claudia Ruf (left), from the western city of Grevenbroich, was kidnapped, raped and choked to death in 1996 in a case that shocked the country (left). Madeleine McCann (right) was three-years-old when she went missing whilst the McCanns were on holiday at Praia da Luz, Portugal in 2007

Over 2,400 men have reportedly given saliva samples for testing but investigators have not yet found a match, police began the mass testing in November 2019.

The date of the requests, and the country that made them, have not been made public.

Correio da Manha described the current situation as ‘an impasse’.

Despite speculation Portuguese police are planning to start searches for Madeleine McCann’s body shortly, it reported today: ‘The Policia Judiciaria will only act on the ground again if the German authorities indicate specific places where Madeleine’s body could be hidden. 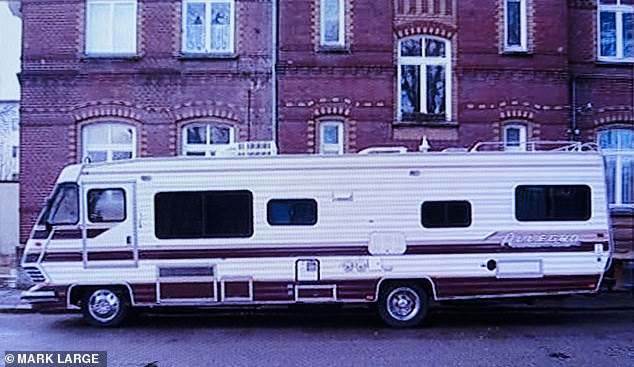 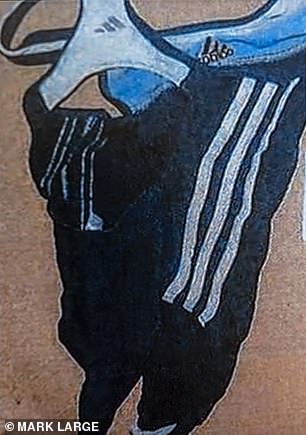 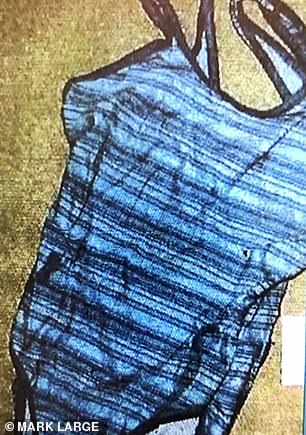 Germany’s Spiegel TV reported that during a six-day search of the site detectives found numerous items of children’s clothing, most of them ‘small swimsuits’ (pictured) in the motorhome

‘The searches could focus on wells and burrows but the PJ are waiting for the German investigation to reveal some new clue because the evidence available in Portugal is insufficient to conduct searches.’

It added: ‘The Germans want to try Christian Brueckner.

‘They’ve already asked the Portuguese authorities for all their material and want to make use of German legislation which enables German nationals to be tried there for crimes they have allegedly committed in other countries. 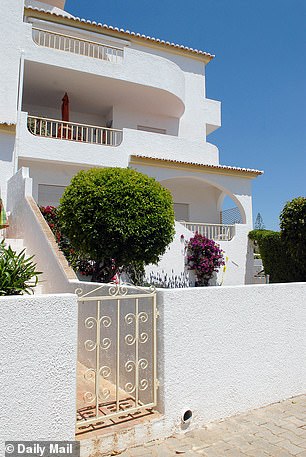 ‘For this reason the supposed DNA sample said to have been found in the apartment where the youngster disappeared has already been requested.

‘Correio da Manha has learnt that it will be difficult to obtain any identification benefit from it.

‘The German authorities have already interviewed witnesses and stored all the information they’ve received since the new appeal focused on the German suspect.

‘At this moment in time, the authorities have reached an impasse.’

Overnight Brueckner denied abducting the British youngster from her parents’ holiday apartment on May 3 2007 for the first time.

His lawyer Friedrich Fulscher made the revelation after speaking to his client in jail where he is serving time for drugs offences and the 2005 rape of an American OAP in the same Praia da Luz resort where Madeleine vanished.

It also emerged children’s clothing including several girls’ swimsuits had been found in a 30ft Tiffin Allegro motor home Brueckner is said to have driven between Portugal and Germany.

Police investigating the disappearance of five-year-old Inga Gehricke – known as the ‘German Maddie’ – found the vehicle during a search of a disused box factory in Neuwegersleben, near Braunschweig [Brunswick] in northern Germany, in May 2016.

It was parked on land Brueckner bought six years earlier at auction. Brueckner, a convicted drug dealer and rapist, was under suspicion after Inga vanished from woods during a family outing. 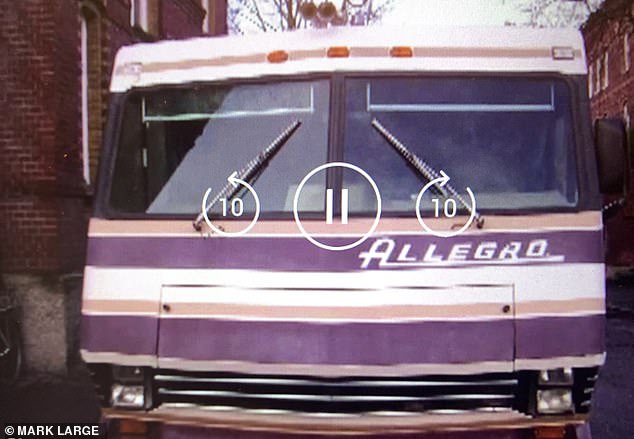 People who knew him described a ‘large cream-coloured Winnebago campervan,’ which he allegedly bragged could hide ‘drugs and children’ 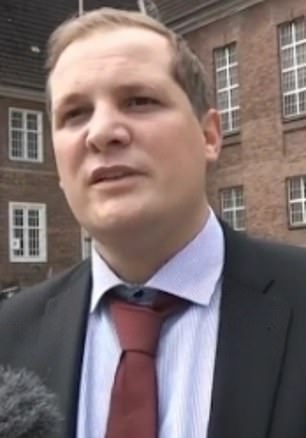 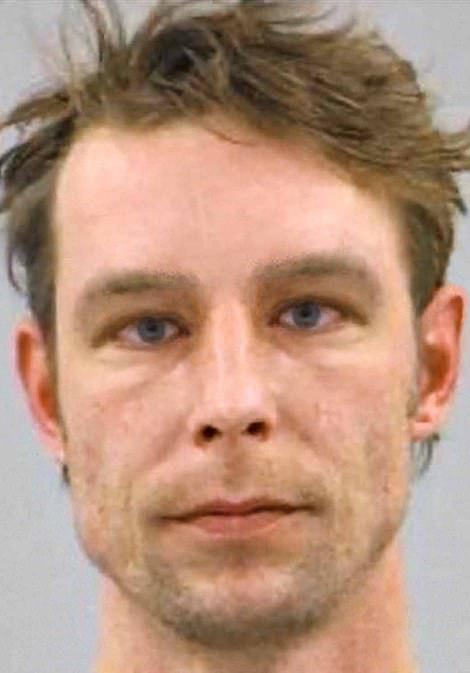 Brueckner’s lawyer Friedrich Fulscher (left) said his client – who is languishing in solitary confinement in a German prison – ‘denied any involvement’ in Madeleine’s case, The Mirror reports. Right: Brueckner

Germany’s Spiegel TV reported that during a six-day search of the site detectives found numerous items of children’s clothing, most of them ‘small swimsuits’ in the motorhome. Brueckner does not have any children.

It was not one of the two vehicles – a two-time camper van and a Jaguar car – which British police flagged up in a new appeal a fortnight ago.

Six USB sticks with child abuse images were also reportedly found at the suspect’s derelict home in Germany, in a bag in a hole in the ground underneath the body of his dead dog.

German prosecutors say they have evidence Madeleine is dead and are conducting their case as a murder inquiry. British authorities say their Maddie probe is a missing persons’ inquiry.

A former ambulance driver identified only as Dieter F, whose daughter Nicole knew Brueckner when he lived in Portugal, claimed at the weekend the Madeleine McCann suspect had boasted to him in early 2007 he could transport ‘drugs and children’ in his 30ft-long American-style van.

He told the Mail on Sunday Bruecker said to him as he showed off the vehicle: ‘I can transport children, kids, in this space.

‘Drugs and children, you can transport them in this van, it’s a safe space in the van, nobody can find them. Nobody can catch you.’

Brueckner, who is being held at a prison in the city of Kiel in the northern German state of Schleswig-Holstein, has applied for the rest of his prison sentence to be suspended so he can receive an early release – he is reportedly due for release in spring 2021.

Brueckner, 43, has recently been placed in solitary confinement for his own safety but he has now applied for probation after completing two-thirds of his sentence. 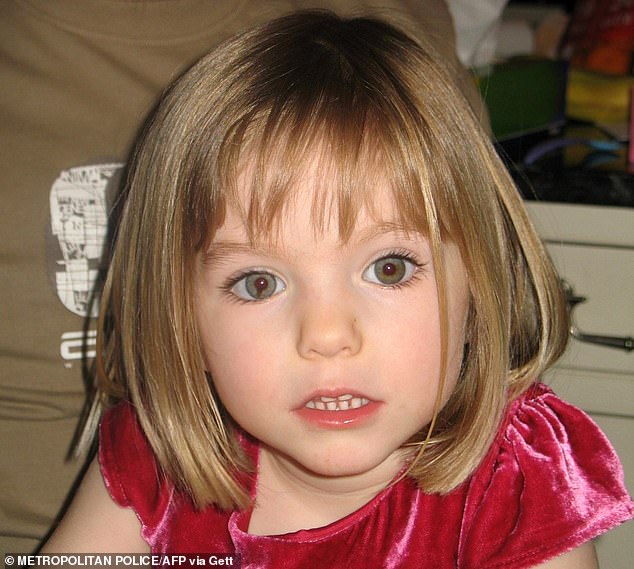 It is not clear when Brueckner bought the 30-year-old Tiffin Allegro but he was known to be driving a vehicle matching its description in 2007, when Madeleine, three, (pictured) vanished

However, there is some confusion as to who needs to deal with the request, with the Kiel authorities saying the district court in Lower Saxony Braunschweig should make the decision.

The district court in Kiel said that their counterparts had previously dealt with an application for early release from Brueckner when he was at the Wolfenbuttel prison and so they should deal with the latest request.

Prosecutor Stephanie Gropp told local newspaper Bild that Brueckner ‘is not eligible for early release’ from a probation standpoint and that prosecutors will seek to have the application rejected.

The suspect has been linked to a series of child abductions and murders in Portugal and Germany since he was named as the prime suspect in the Madeline McCann case.

After being sentenced for drug trafficking in 2011 he was handed a seven-year sentence for rape, including previous sentences, in December 2019 by the Braunschweig Regional Court.

However, this sentence has not yet come into play as Brueckner’s legal team have appealed it.

Local media recently reported that he is now under investigation for the rape and murder of a 13-year-old boy in Frankfurt whose testicles and buttocks were removed from his body.

He was named by the Frankfurter Neuer Presse as a potential suspect in the murder of Tristan Brubach in March 1998.

Mr Brubach’s body was found in an underpass known as the Liederbach near the Frankfurt-Hochst train station in the city of Frankfurt in the German state of Hesse.

He had been beaten unconscious, strangled, raped and tortured, according to reports.

The cause of death was a long cut to his throat and his body had been mutilated, with both testicles and the flesh from the buttocks and thighs having been removed.

Chief Prosecutor Noah Kruger told German daily newspaper Bild: ‘We are checking whether there are any connections between the two cases. In itself, however, this is not unusual, but routine. The sequence of events and the e-fit from the Tristan case could be similar. ‘ 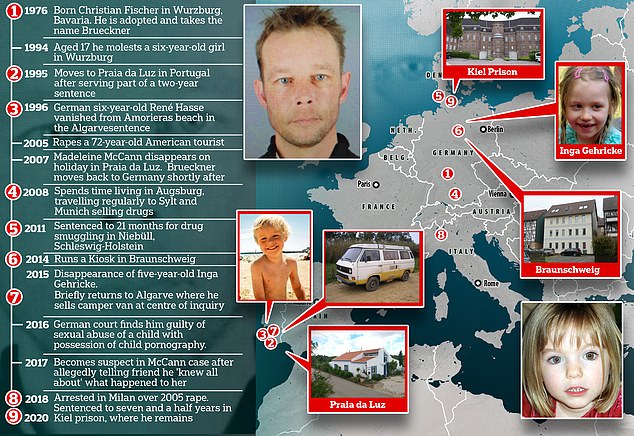 May 3, 2007 – Madeleine McCann disappears from her apartment in Praia da Luz.

May 4 – Police do not set up effective searches or alert the Spanish border for 12 hours. A basic check of other guests is not done for 48 hours.

May 30 – The McCanns meet the Pope in Rome during a series of trips around Europe and beyond to highlight the search.

September 7 – The McCanns are made arguidos – official suspects. They were totally exonerated the following year.

2017 – A witness comes forward with the name of the German suspect, Christian Brueckner. The McCanns reveal they still buy gifts for Madeleine.

June 8 – German prosecutor Hans Christian Wolters says he has evidence Madeleine is dead – but won’t say what it is.

June 15 – Mr Wolters says he has written to the McCanns telling them he has evidence their daughter is dead. Once again, he gives no details.