German scientists are hosting a 4,000-person indoor concert to study how coronavirus spreads

German scientists to host a 4,000-person indoor concert to study how coronavirus spreads by tracking the movements of fans and coating their hands in glowing sanitizer in an effort to learn how to hold safe events

German scientists are planning to stage a concert for 4,000 participants to track how COVID-19 spreads and see if large indoor events can be held safely.

A team from the Martin Luther University of Halle-Wittenberg are recruiting people for a ‘coronavirus experiment’ at an indoor stadium in Leipzig with singer-songwriter Tim Bendzko on August 22.

Concertgoers, in masks, will wear a device around their necks that sends a signal at five-seconds intervals showing where they are in the stadium.

Researchers will also use fluorescent hand sanitizer to identify high-touch areas and fog machines to see how vapors play a role in spreading the virus.

Scientists at Martin Luther University of Halle-Wittenberg are recruiting 4,000 people to attend a Tim Bendzko concert at a stadium in Leipzig, Germany, on August 22. Pictured: Bendzko performs live on stage during the Festival Stars For Free at the Kindlbuehne Wuhlheide in August 2017, Berlin, Germany 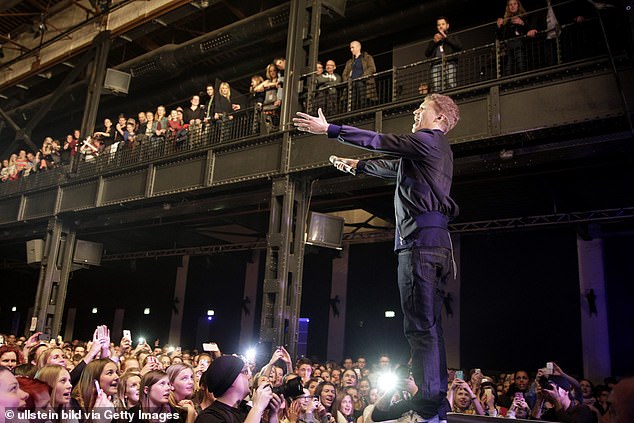 All concert-goers will be wearing contact tracers around their necks that transmit signals and use fluorescent hand sanitizer to identify ‘high-touch’ areas. Pictured: Bendsko at the ‘Am seidenen Faden – Unter die Haut’ Tour in Palladium

‘We are trying to find out if there could be a middle way between the old and the new normal that would allow organizers to fit enough people into a concert venue to not make a loss,’ Dr Stefan Moritz, head of Martin Luther University’s clinical infectious diseases, told The Guardian.

Volunteers for project Restart-19 must be between ages 18 and 50 and must test negative for the virus 48 hours before attending.

Everyone will attend three concerts and the first will be with with no social distancing as done pre-pandemic and coming through just two main doors.

The second will be people coming through eight different doors and every second seat blocked off.

Participants will wear a ‘contact tracer’ the size of a ‘matchstick around their necks that sends a signal at five-second intervals showing how close they are to other audience members.

Scientists will also give people fluorescent hand sanitizer so they can see any surfaces that have been touched often and are ‘particularly dangerous.’

A fog machine will also be used at the event so researchers can study if the virus is spread via aerosols. 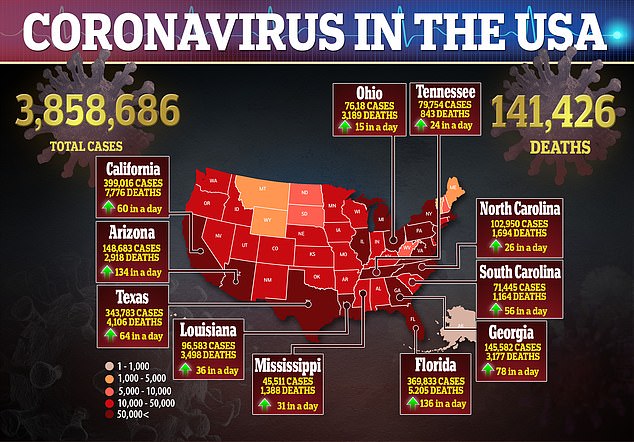 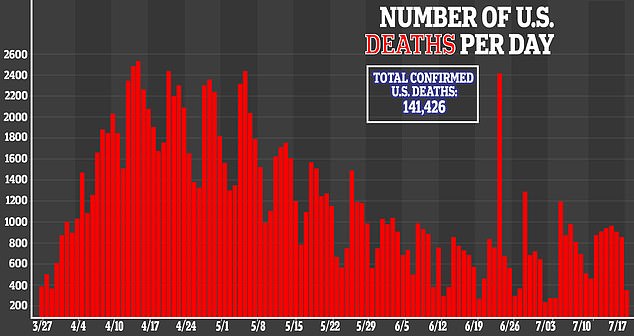 As of Tuesday, 878 volunteers have signed up to see Bendzko, who released his debut album in 2011.

The event, which will cost about $1.14 million (€990,000), is being paid for by the federal states of Saxony and Saxony-Anhalt, reported The Guardian.

On Martin Luther University’s website, the team says the risk of contracting COVID-19 at the concert is ‘very low’ but not impossible.

Researchers say they hope to ‘identify a framework’ for holding large events without endangering people’s lives and hope to share results in October.

In the US, there are more than 3.8 million confirmed cases of the virus and more than 141,000 deaths. 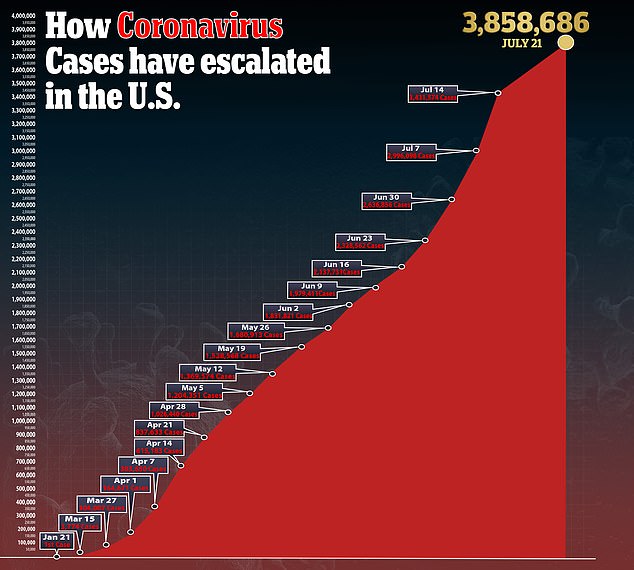