Germany turned up the heat on Boris Johnson over Brexit trade talks today demanding he is more ‘realistic and pragmatic’.

Berlin’s Europe minister Michael Roth said he was ‘disappointed’ with the UK’s tough stance amid rising fears that the negotiations could fail.

With the clock running down to the end of the transition period in December, the two sides still appear to be deadlocked over calls for Britain to fall into line with EU rules and access to fishing waters.

The government insists it is ready to walk away this Autumn if there is no hope of a breakthrough. Another round of discussions between the EU’s Michel Barnier and British counterpart David Frost is due to take place in Brussels this month.

Ministers have told drugs companies to restart stockpiling medicines amid fears that trade terms will not be settled in time. 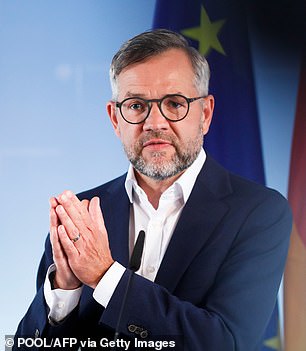 Department of Health officials sent a letter to medical suppliers urging them to ‘replenish’ their drug stock.

They have even warned companies to be prepared to reroute shipping to avoid the Channel.

The government has also revealed plans to fine lorry drivers destined for the Channel ports £300 if they drive into Kent after December 31 without necessary export paperwork.

Ministers fear that, in the absence of a trade deal, the EU will impose strict import checks on all goods entering the bloc, potentially causing gridlock.

In an interview with the AFP news agency, Mr Roth said he was ‘disappointed that London is shifting further and further away from the political declaration agreed between us as a reliable basis for negotiations’.

‘I would like those responsible in London to be more realistic and pragmatic. The Brits are known for the latter,’ he said.

Brussels has been engaging in sabre-rattling as the discussions near the critical moment.

French minister for Europe Clement Beaune recently swiped that no deal is better than a bad deal, insisting Paris will not be ‘intimidated’.

He said France would be ‘intransigent’ on fishing, and will not be ‘intimidated’ by Britain in the negotiation ‘game’.

‘Let’s not kid ourselves, if there is no deal, it will be a difficult issue,’ he added. ‘We’ll have to organise a response for sectors like fisheries. Support our fishermen financially. We’re not there yet.’ 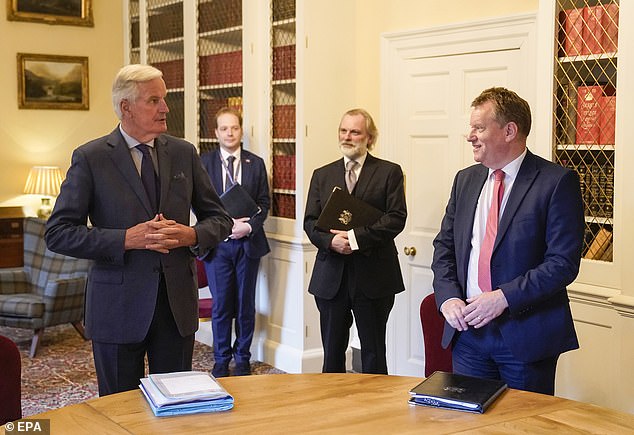