Germany’s Prince Otto of Hesse, 55, is killed in motorbike accident

A German prince has died in a Ducati motorbike accident after smashing into a barrier on a Bavarian autobahn.

Prince Otto of Hesse died in the early hours of Sunday after swerving on his €20,000 motorbike and crashing into the guard rail near Lake Constance.

The 55-year-old – a businessman who owned several McDonald’s franchises in southern Germany – died at the scene, according to Bild,

Otto was descended from a German royal dynasty with connections to the rulers of Prussia and was thought to be distantly linked to the British royal family.

Prince Otto of Hesse, a member of a German royal dynasty which dates back to the 17th century, died in an accident on his Ducanti motorbike at the weekend. He posted this picture of himself on his motorcycle on April 12 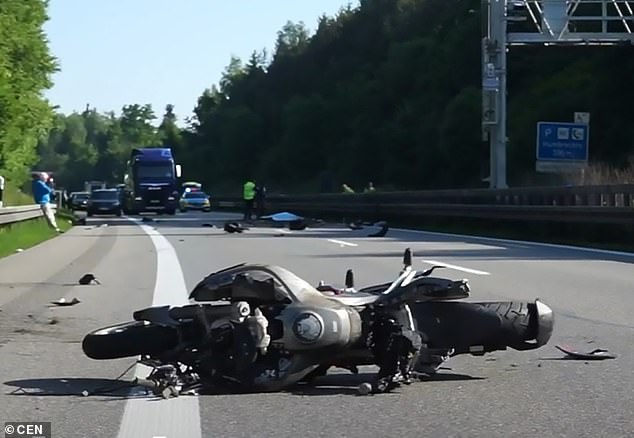 The cause of the accident is not yet clear, but the motorbike is thought to have started swerving after overtaking another vehicle at high speed.

‘For reasons not yet known, the rider lost control of his vehicle, started to swerve and crashed into the guard rail,’ a police report says.

There is no indication that the prince was blinded by the sun or affected by the weather on what was a dry Sunday morning.

A police spokesman told regional publication TZ that the accident could have been caused by excessive speed.

In 2010, the prince was given seven points on his licence and handed a nine-month driving ban after speeding in a car in Munich.

However, he escaped criminal charges after paying a €3,600 fine, according to reports at the time. 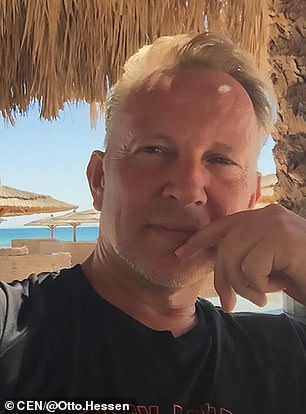 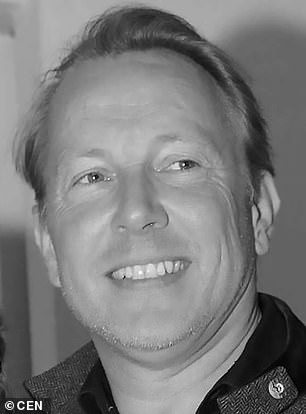 Otto was a member of the house of Hesse-Philippsthal, a dynasty which dates back to the 17th century.

The family is connected to Frederick William III of Prussia, a significant German ruler during the Napoleonic Wars and subsequent Congress of Vienna.

Germany was once home to a bewildering landscape of small states and ruling families, meaning there are many royal titles still in existence today.

Geneaologists believe Otto was a distant member of Britain’s royal line of succession because of the centuries-long connections between Europe’s historic royal families.

Otto married Carla Blickhäuser in Las Vegas in 1998, leading to a 19-year marriage before the couple divorced in 2017, according to German media. 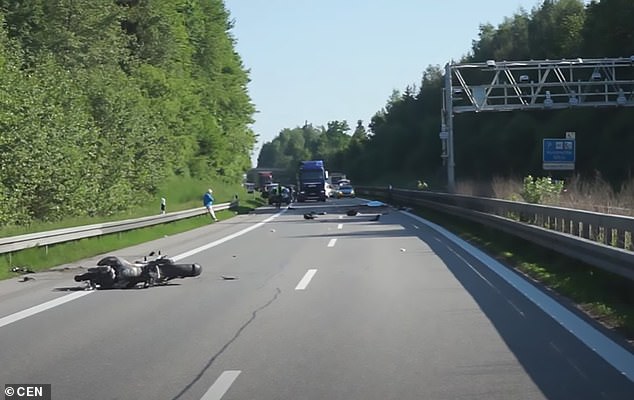 The cause of the accident is not yet clear, but the motorbike is thought to have started swerving after overtaking another vehicle at high speed

Otto was known as a car and motorcycle enthusiast who would arrange regular gatherings of scientists and others, for example at a hotel in Munich.

‘Otto of Hesse was a kind, very hard-working person. He was the matey type – not aloof at all,’ one friend told Bild.

The 55-year-old had posted a smiling picture of himself on his Ducati as recently as April 12, just weeks before his death.

According to German media, Otto was also the franchise owner of four McDonald’s restaurants in Ingolstadt.

One associate said the prince had worked ‘outrageously hard’ at his restaurants and had even ‘fried the burgers himself’ on occasions.

Writing on Facebook, his employees described him as ‘the best boss in the world’ and a ‘terrific person’ who ‘always had a sympathetic ear for everyone’.

‘The hole he leaves behind is enormous, but we will do everything in our power to keep the restaurants running in his name,’ they said.