Germany’s 2022 World Cup qualifier against Iceland ‘will definitely’ go ahead despite midfielder Jonas Hofmann testing positive for coronavirus, according to a German FA spokesman.

The Borussia Monchengladbach star tested positive the day after completing a full training session with the squad, according to BILD, and the warm-up session scheduled for Thursday morning has now reportedly been cancelled.

The German outlet claim Hofmann and Marcel Halstenberg are now in quarantine, with the RB Leipzig left back said to have left the team hotel as a ‘first degree contact’ of someone who tested positive, despite returning a negative test himself. 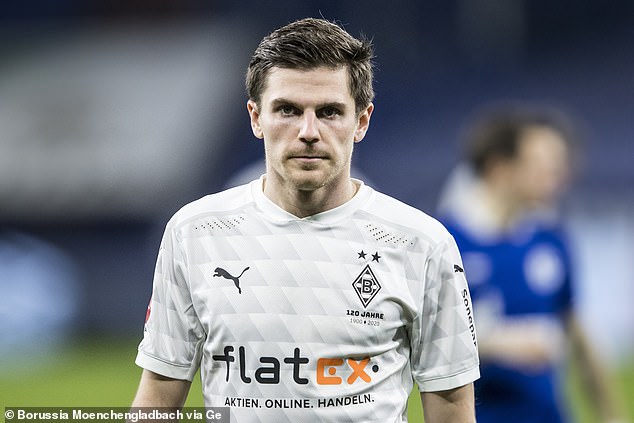 Germany’s World Cup qualifier against Iceland was in serious doubt after Jonas Hofmann tested positive for coronavirus, but the German FA insist it will be going ahead 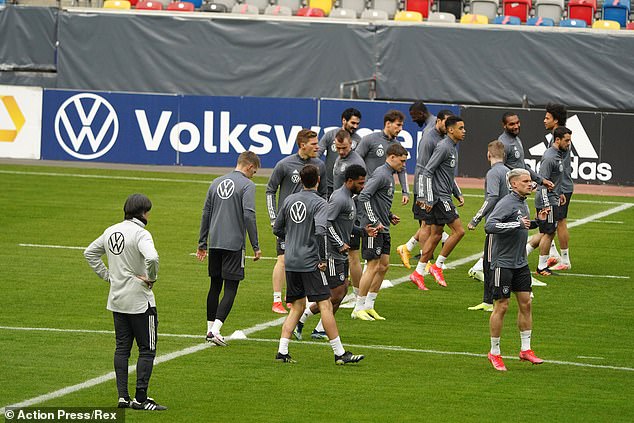 The rest of Joachim Low’s squad, meanwhile, have now confined to their rooms to help reduce the risk of Covid-19 spreading, but DFB spokesman Jens Grittner told BILD on Thursday morning the game would ‘definitely take place as things stand’.

The qualifier is due to take place at 7:45pm GMT at the MSV Arena – home to third tier German side MSV Duisburg –  with urgent talks having taken place between members of the German FA to ensure the Group J clash can still go ahead.

‘The PCR testing of players and staff in the national team’s quarters on Wednesday gave a positive test result on Thursday morning,’ a German FA statement said.

‘In close cooperation with the Dusseldorf health department, the national player who tested positive and is currently symptom-free was immediately isolated. 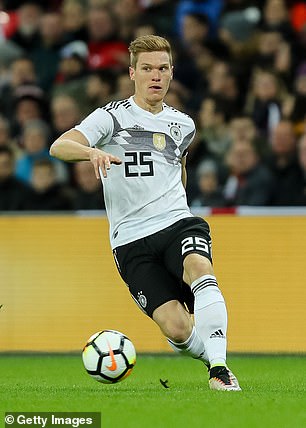 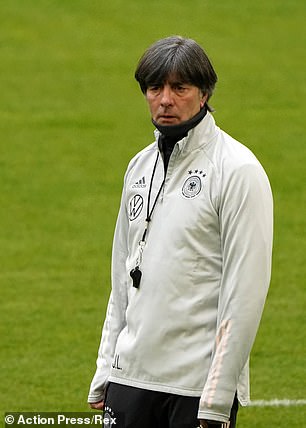 ‘The contact investigation and further coordination with the health department are currently in progress. Since the national team met on Monday, two PCR and one rapid antigen tests have taken place in the team hotel.’

One option that may be explored is the roll-out of a series of rapid coronavirus tests to the entire Germany squad to see if any other member of the playing or coaching staff returns a positive test.

The news has affected four players currently plying their trade at club level in the Premier League, with Arsenal’s Bernd Leno, Chelsea’s Antonio Rudiger and Timo Werner and Manchester City star Ilkay Gundogan all having been called up last week. 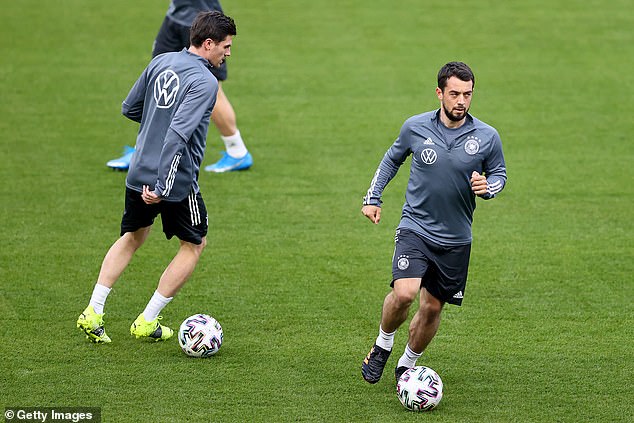 Should the game be cancelled, however, it will also delay Bayern Munich starlet Jamal Musiala’s international debut for the 2014 World Cup winners.

Despite playing for England’s Under-21s as recently as November last year, the 18-year-old chose to represent the country of his birth following talks with Low.

Musiala was born in Stuttgart but moved to London as a child and turned out for Chelsea’s academy before he was snapped up by the Bundesliga giants two years ago.

Germany boss Low is set to begin his last qualifying campaign for a tournament with the national side, after announcing he would be stepping down after 15 years in the role following this summer’s delayed Euros. 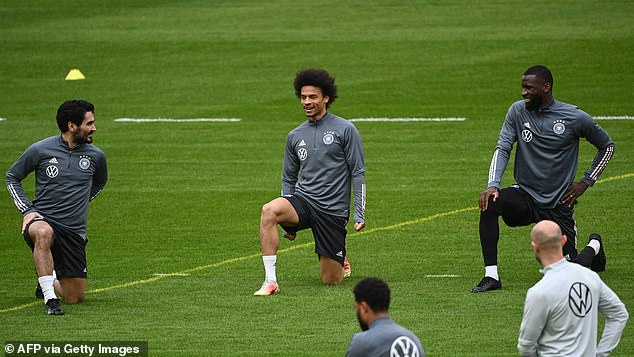 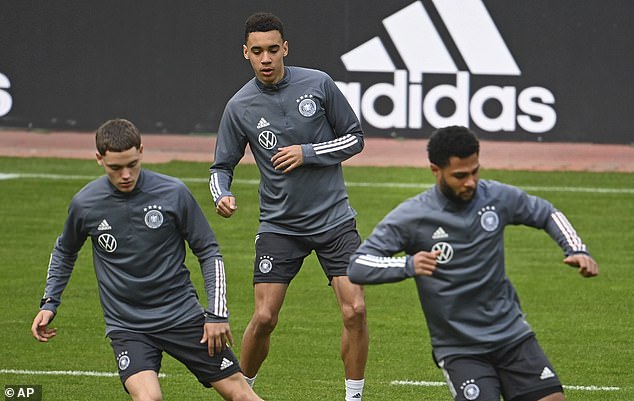