‘Get me out of the cage!’ Dame Vivienne Westwood calls Victoria Derbyshire a ‘moron’

Dame Vivienne Westwood took fire at BBC presenter Victoria Derbyshire and shouted ‘get me out of the cage’ during an interview about the extradition of Julian Assange to the U.S today.

The British fashion designer and businesswoman, who has remained a staunch supporter of the WikiLeaks founder, 48, criticised the presenter after she was accused of talking ‘absolute nonsense’.

Westwood’s comments came just a day after she dressed as a canary and suspended herself in a giant birdcage outside The Old Bailey in central London to protest the extradition of Assange to the U.S.

Speaking to Ms Derbyshire today Westwood said: ‘He has got to be let out of his cage and he cannot be extradited to America for his own sake because he will be embedded in a concrete jail for the rest of his life. 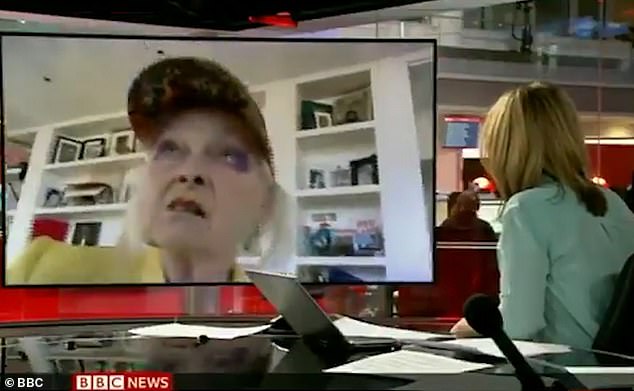 The fashion designer, who has remained a staunch supporter of the WikiLeaks founder, 48, criticised the presenter after she was accused of talking ‘absolute nonsense’

‘Also he really is the canary in the cage which is what I’m dressed up to be because I am Julian Assange.

‘It is a signal for American government to arrest anybody in like for publishing the truth and once they do it then that will be worldwide and if they’re going to arrest Julian Assange for publishing war crimes which were the truth then they’ve got to arrest The Guardian, The New York Times, Der Spiegel.

‘Everybody that also publishes information’.

Moments later the fashion designer went on to claim that The Guardian had published the code for the documents identifying activists, whistleblowers and informants before Assange decided to release it.

She said: ‘What happened is all his stuff was redacted but The Guardian had the code for the unredacted documents and they published that code number.

‘Then after that Julian Assange decided also to release it because thought all those people whose lives were in danger should be warned against it.’

However when Ms Derbyshire immediately called out the allegations and said ‘The Guardian say that’s absolute nonsense that they did that’, Westwood hit back at the presenter.

She responded: ‘You want him in concrete don’t you? All the media they are just such morons. Such brainwashed people and you’re one of them!’

Earlier in the interview, Westwood refuted claims that the Wikileaks founder was being extradited because he had hacked into a U.S. department of defence computer system and went on to claim that America was ‘inventing charges’.

She continued: ‘Yes but what I am saying is if they arrest him then they all should also arrest the other people.

‘They are inventing charges and fit them to him. He is a hacker so they are charging him with hacking and that’s got nothing to do with anything because all their charges are worded so as to tick the box. 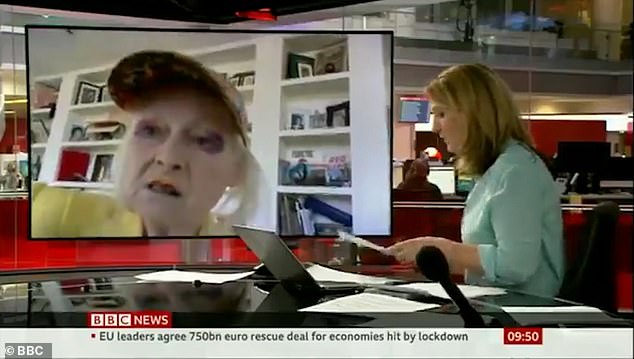 During the interview, Westwood said America was inventing charges against the WikiLeaks founder 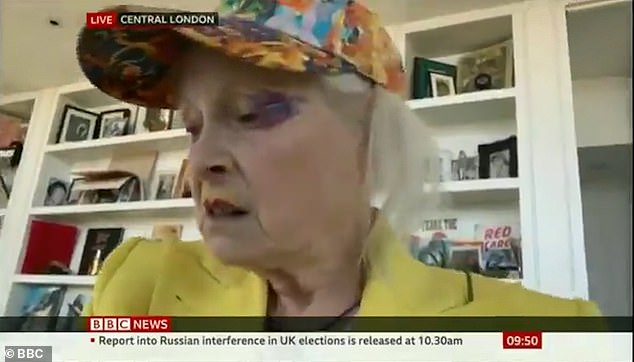 The fashion designer said if Assange were to be extradited to the U.S. he would be ’embedded in a concrete jail for the rest of his life’ 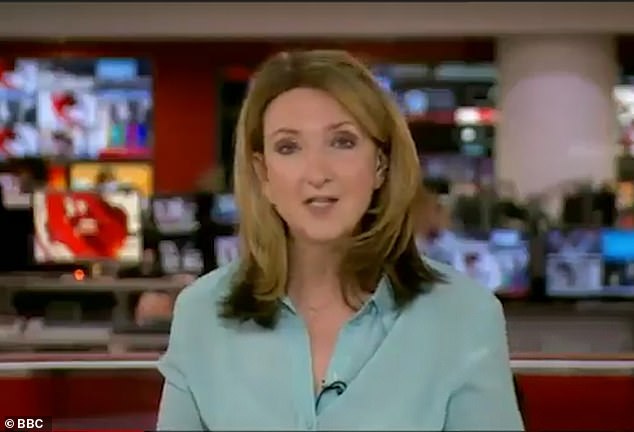 As the cameras drew away from Westwood and cut back to Ms Derbyshire, the designer again shouted ‘get me out of the cage’

During the interview, Westwood also claimed that Assange would not be given due legal process if he were to be flown to America.

‘You’ve got to allow me to tell you exactly what has been happening.’

The scenes come just a day after the fashion designer led a colourful band of protesters chanting ‘Free Julian Assange’ outside the Old Bailey in central London.

Using a megaphone outside the court she said: ‘I am Julian Assange. I am the canary in the cage. If I die down the coal mine from poisonous gas, that’s the signal for all the miners to leave. 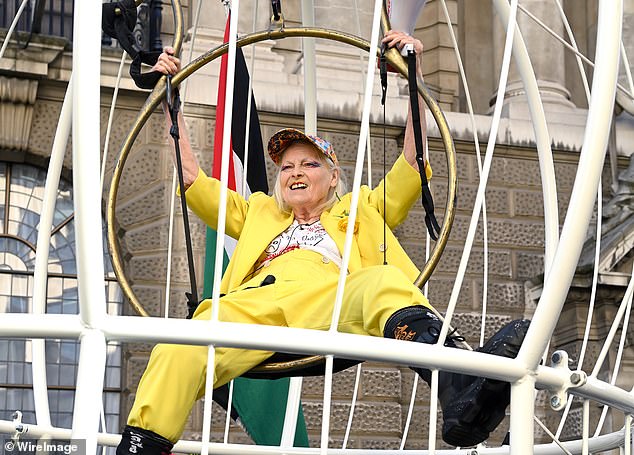 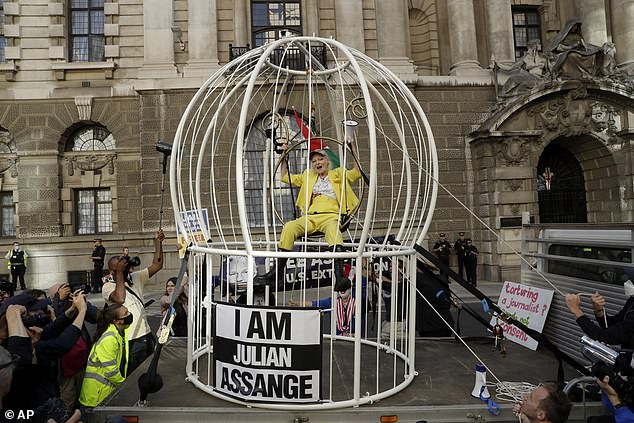 The designer took to the streets of London yesterday to protest the extradition of Assange to the U.S.

‘But I am half poisoned already from government corruption and gaming of the system and legal system by governments. I am still whistling away but 7 billion people don’t know what the f**k is going on.’

Assange is wanted in the US to face 17 charges under the Espionage Act and conspiracy to commit computer intrusion after the publication of hundreds of thousands of classified documents in 2010 and 2011.

He is currently being held in London’s maximum-security Belmarsh prison while the court system tries to reschedule his extradition hearing, which was postponed due to the coronavirus pandemic.

Assange’s full extradition hearing is set to take place on September 7, having originally been scheduled for May 18.