‘Get that lady a burger’: Model is trolled by body shamers after appearing in a chocolate advert

‘Get that lady a burger’: Vile trolls body shame model and mother-of-three after she appears in an advert for chocolate

A New Zealand model has been body shamed by vile trolls after appearing in an advertisement for chocolate.

Jessica Gerrity is a Kiwi expat, mother-of-three and kimono model who has been living in Japan for more than 15 years.

Ms Gerrity became the face of New Zealand in Japan after featuring on a weekly TV show ‘Sekai Kurabetemitara’, which compares Japanese culture to other countries around the world.

She was recently chosen by as an ambassador for New Zealand chocolate brand Whittaker’s to promote two new limited edition flavours before the Rugby World Cup in Japan on Friday.

Whittaker’s released a promotional video featuring Ms Gerrity and the new flavours on Saturday, but instead of focusing on the chocolate, trolls took aim at the model.

Shaming commentators slammed Whittaker’s for choosing a slender model, saying she ‘could do with a good feed.’

‘Get that lady a burger… and maybe some chocolate,’ one comment reads.

‘She’s clearly working out a lot by the looks of her muscle tone. Definitely not a lover of chocolate,’ another post read. 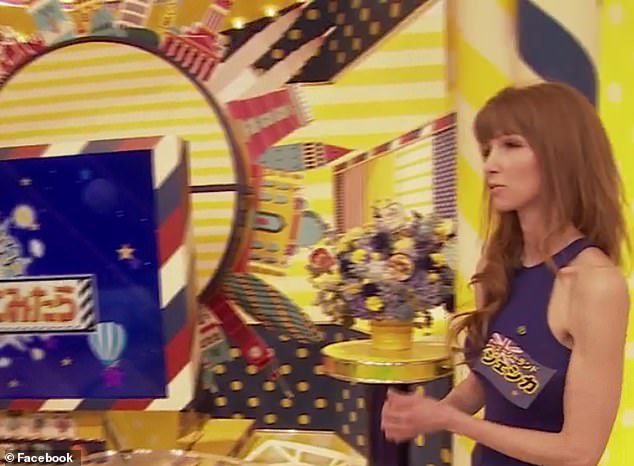 ‘She needs to eat more sushi,’ another commenter said.

Yet another said: ‘Sorry Whittaker’s but I find it hard to believe you thought this an appropriate choice of ambassador for your brand’.

Trolls on the post have been matched by supporters of the advertisement, claiming anyone of any size can be a chocolate lover.

‘Back off on the body shaming,’ one comment says. ‘She looks amazing and she’s happy. Being a lover of chocolate doesn’t mean she has to gorge on it and look a certain weight.’

‘If this woman was overweight nobody would be saying anything,’ another post reads.

‘Some people are just naturally very slender and believe it or not some people can enjoy chocolate without looking like they’ve eaten the whole factory.’

Whittaker’s later released a statement, defending their decision to have Ms Gerrity as their ambassador.

‘Hello Chocolate Lovers, we’re seeing some comments come through that aren’t in the spirit of sharing our love of delicious chocolate,’ Whittaker’s post reads.

‘Chocolate Lovers come in all shapes and sizes. We’ve been thrilled to work with Jess, a true Kiwi living in Tokyo. She’s a mum of 3, a kimono model, an All Blacks supporter – and a long-standing Whittaker’s Chocolate Lover.

‘Jess was the perfect person to take Whittaker’s and our delicious Home or Away blocks to the streets of Japan. We hope you enjoy them as much as we do.’

The limited edition flavours follow the home and away jerseys of the New Zealand All Blacks for the World Cup.

The ‘home’ flavour is flat white coffee chocolate, and the ‘away’ flavour is Japanese matcha and caramelised pistachios in white chocolate. 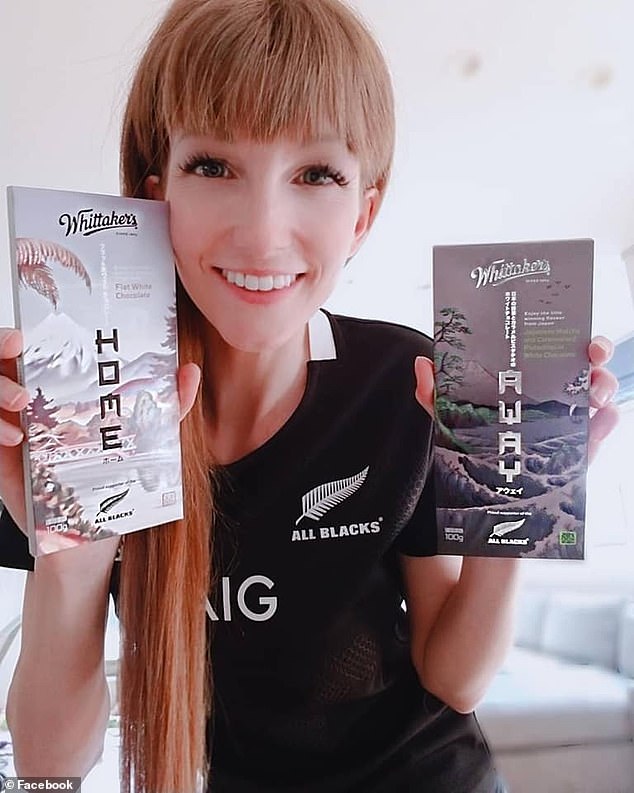 After appearing in the promotional video, Ms Gerrity (pictured) was targeted by trolls