Get the Peppa spray! ‘Security fears’ as toddler fans rush the stage at Peppa Pig show

Get the Peppa spray! ‘Security fears’ as toddler fans rush the stage at Peppa Pig show – and one even manages to hug the star

A horde of Peppa Pig fans sparked security concerns after invading the stage at a musical.

Children were held back by staff as they stormed the stage at the opening night performance of Peppa Pig: My First Concert at the Southbank Centre in London on Friday.

But one tactful toddler managed to slip by and hug the popular cartoon hog, the Sun reported.

The chaos unfolded during the performance of the song Jumping in Muddy Puddles.

Peppa Pig first aired on May 31, 2004 and has become an international phenomenon 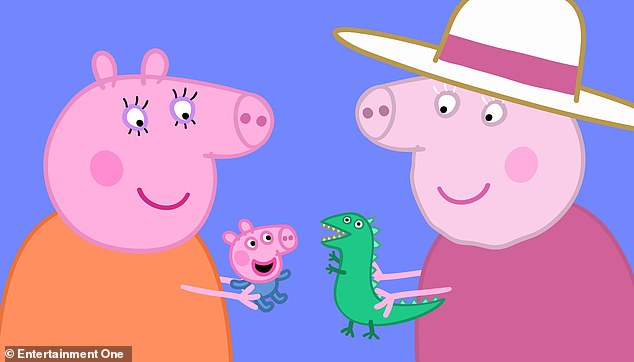 One parent said: ‘It was lovely to see the enthusiasm of the little ones but things could have turned ugly.

‘Peppa sparked pandemonium. There was all sorts of electronics on the stage but fortunately everyone was safe.’

Peppa Pig first aired on May 31, 2004 and has become an international phenomenon – with 254 episodes of the children’s cartoon spanning five seasons.

The musical, Peppa Pig: My First Concert, is an hour-long performance which features ‘everyone’s favourite Pig family’ learning how to conduct an orchestra.

According to Southbank Centre website: ‘Your little piggies can join in with Peppa and her family, and make their very own Oinkestra!’