Getting older does NOT make you wiser, claim scientists

It’s long been thought that wisdom comes with age.

In particular, old age doesn’t seem to help people get an intuitive knack for grasping how others think and behave, researchers claim.

In a new study, the elderly performed no better than the young in a test of how well they understood human characteristics.

The researchers at Yale University have now created their own interactive test that allows you to find out how much wisdom you have.

Yale psychologists used more than 1,000 volunteers to look at how different factors affected how the average person thinks, feels, and acts in various social contexts.

As part of the study, the team of scientists found that older people did no better than younger people at understanding the nuances of human behaviour.

Anton Gollwitzer, a graduate student at Yale University said: ‘The lack of a relationship does suggest that the number of experiences one has had in the world does not seem to heighten one’s ability to infer how most people think and behave in social contexts.’

If the oldest people are not the wisest, the researchers set out to determine which group of people are the best natural psychologists.

The researchers developed a forty question test to assess a persons skill at reading between the lines and understanding the dynamics of a social situation.

It can be taken here or online via the Yale website for people to see how intuitive and wise they are.

The authors then analysed the highest scoring participants in more detail to see what they had in common.

By doing this, the researchers unearthed the characteristics of the type of people who are best at understanding others. 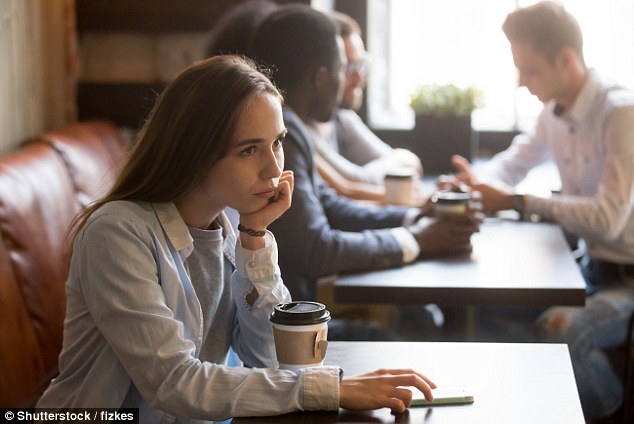 Introverts prone to melancholy seem to be more astute at understanding how we behave in groups than their gregarious peers, the researchers found. (stock image)

They found that people of the ilk of famed author Harper Lee are the most adept at understanding social clues.

This means introverts prone to melancholy seem to be more astute at understanding how we behave in groups than their gregarious peers, the researchers found.

They also found intelligence and wanting to engage with complex problems was a key predictor of wisdom.

‘It seems to be a case of sadder but wiser,’ said Gollwitzer.

‘They don’t view the world through rose-colored glasses as jovial and extroverted people do.’

‘It could be that the melancholic, introverted people are spending more time observing human nature than those who are busy interacting with others.’

‘Without empirical backing, these individuals were able to accurately capture and communicate deep social human truths.’

The research was published in the journal Social Psychology.

Research has found that middle class values of self-reliance and individual attainment have left the bourgeois less prepared to handle their interpersonal relationships.

As a result, the working-class folk are more wise than their middle-class equivalents.

The University of Waterloo in Canada defined wisdom as the ability to be open-minded, intellectually humble and integrate different perspectives on important issues.

Despite this, working class people show more wisdom when dealing with others.

Experts say economic hardship means less wealthy people spend more time considering the impact of their decisions on those around them.

They found that more affluent people are linked with diminished ability to reason wisely when it comes to other people.