Getting tipsy in front of kids could harm their wellbeing

Parents who get tipsy in front of their children are having a negative impact on family life, according to a report.

They are inclined to cause arguments, be less sensitive, disrupt bedtime routines or be a general source of embarrassment.

Parents may also be unintentionally glamourising alcohol to their children by boasting about hangovers or how much they’ve downed.

The Institute of Alcohol Studies said many adults were unaware that even low-level drinking may be negatively affecting children’s wellbeing.

Their research involved surveys of 997 parents and their children from a cross section of social backgrounds across the UK.

A study has shown getting tipsy in front of your children could put their wellbeing at risk. Mothers and fathers who drink around their kids are more likely to cause arguments and disrupt their sleeping patterns. File image used

Some 29 per cent of parents admitted being drunk in front of their children while a total of 51 per cent said they’d been tipsy.

Katherine Brown, Chief Executive of the Institute of Alcohol Studies said: ‘All parents strive to do what’s best for their children, so it’s important to share this research about the effects drinking can have on parenting, and what steps parents can take to protect their children.

‘Children are exposed to a barrage of marketing messages that glamourise drinking with strong links to sport and pop music.

‘Parents have a tough job on their hands teaching children about the negative side of alcohol. Hopefully this study will help inform guidance that enables parents to make fully informed choices about their own drinking in front of their children.’ 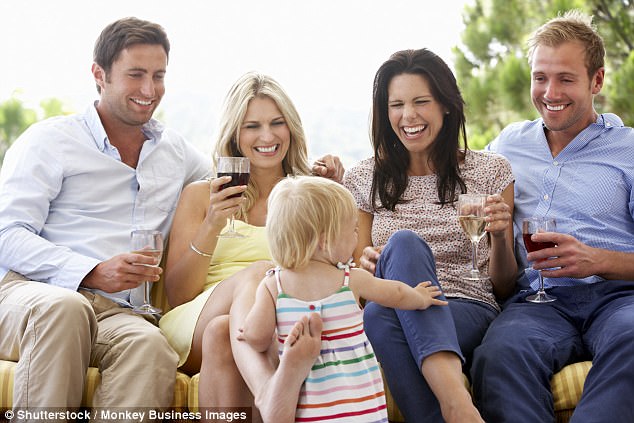 Some 29 per cent of parents admitted being drunk in front of their children while a total of 51 per cent said they’d been tipsy. File image used

Labour MP Caroline Flint said: ‘While relatively small numbers of children reported the most worrying impacts, this study clearly shows that children know a lot about their parents drinking, and that the more parents drink the higher the likelihood of their child facing a problem.

‘It seems likely that many parents do not realise this.

‘We too quickly dismiss parental drinking as harmless fun and relaxation, but this report shows that parents do not need to be regularly drinking large amount for their children to see a change in their behaviour and experience problems.’

Several parents said their children told them off after a heavy night out and one mother said her daughter brought her a ‘hangover breakfast’ in bed.

One boy said his father was often too hungover to take him to football practice on a Sunday so he had to get a lift with friends. 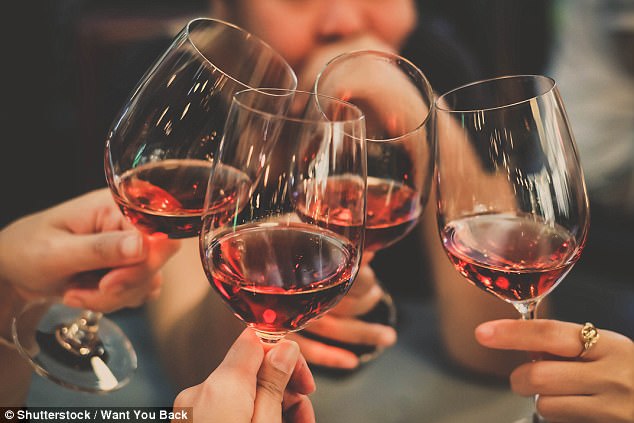 Labour MP Caroline Flint has expressed her concern about the results of the study, saying: ‘We too quickly dismiss parental drinking as harmless fun and relaxation, but this report shows that parents do not need to be regularly drinking large amount for their children to see a change in their behaviour and experience problems’

The latest NHS figures show that 57 per cent of adults in England drink at least once a week.

Those on higher incomes tend to drink more and 77 per cent of adults earning over £40,000 or more drink once a week or more.

Last year the Government published major new drinking guidelines which advised adults to consume no more than 14 units a week.

This is equivalent to seven pints and six glasses of wine, depending on the strength and size.

Jonathan Ashworth, Labour’s shadow health spokesman – whose father was an alcoholic who drank himself to death – said: ‘This crucial report highlights that even non-dependent parental drinking has serious health implications on children and families.

‘Children are incredibly perceptive of their parent’s drinking habits and this analysis must serve as a wake-up call to the Government.’