Ghislaine Maxwell was so besotted with convicted sex offender Jeffrey Epstein that she asked a friend to write a book about her to try to impress him.

The daughter of newspaper baron and fraudster Robert Maxwell thought the autobiography would convince Epstein to propose to her, according to her pal Christina Oxenberg, who was asked to write it.

Christina reveals: ‘Maxwell got on the phone and said, “Ox darling, meet me at my place tonight at 7pm. I have a proposition for you.”’

‘We sat together and were served iced tea by a maid in uniform. Maxwell got through the perfunctory politesse of social norms and then she got serious and she started to pace around the room with her hands on her slim hips and eyes staring off into some middle distance, visualising the hopes of her future.’

At the time, Christina was working on her semi-autobiographical novel Royal Blue.

She says Ghislaine told her: ‘What I want from you is my Royal Blue.

‘Jeffrey and I can’t go on not being married. It doesn’t look right. And I love him. I’ve done everything for him. Everything he’s asked.

‘With this autobiography that you are going to write for me about my life he will fall in love with me. He will respect me finally. And then he will marry me. And that’s my goal.’ 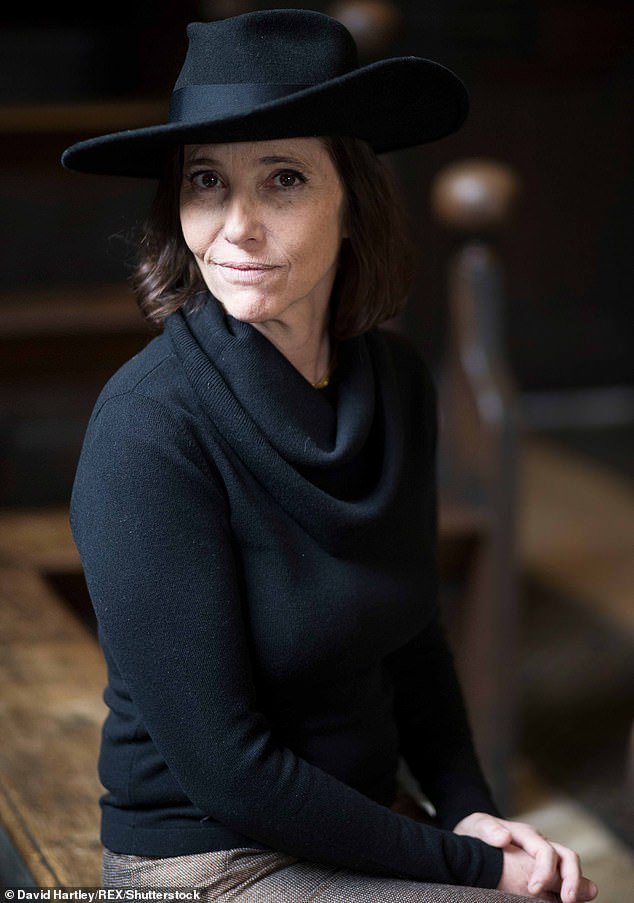 Christina Oxenberg, the daughter of a Yugoslavian Princess, said Ghislaine asked her to write her biography so that Epstein would fall in love with her

The incident took place in 1997, says Christina, who is publishing her memoirs via the website Patreon.

‘All this was long before anyone of the public including myself knew anything nefarious was going on behind the scenes.

‘We were never going to be close friends. We were almost polar opposites. She craved a swishy, fancy life — something that didn’t interest me.’