Two members of Ghislaine Maxwell’s legal team were spotted visiting her in prison on Friday, making her the first federal inmate in New York City to be granted an in-person visit since the start of the pandemic.

Maxwell, 58, has been held at the Metropolitan Detention Center in Brooklyn since early July when she was denied bail after pleading not guilty to child sex trafficking charges.

Until today, prisoners had not been allowed to meet with their attorneys or other visitors in person due to coronavirus restrictions.

Defense attorney Christian Everdell was seen arriving at the prison Friday morning alongside another female member of Maxwell’s legal team, The New York Daily News reported. Both wore masks as they entered the facility.

Sources told the paper it was the first time an inmate had received a legal visit since the pandemic started and that the visit lasted nearly four hours.

Ghislaine Maxwell became the first federal inmate in New York City to receive an in-person visit since the start of the pandemic, sources said 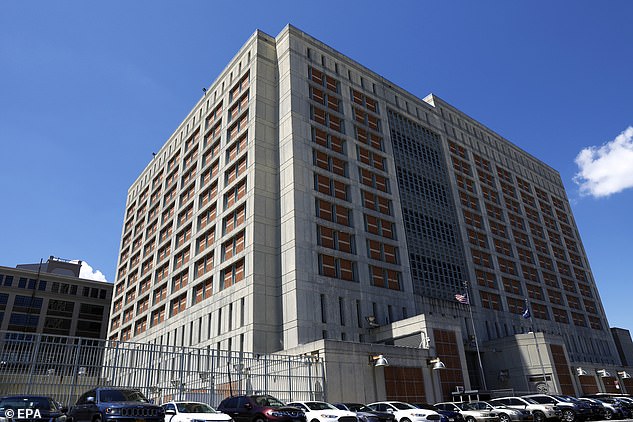 The British socialite, 58, is currently being held in the Metropolitan Detention Center in Brooklyn (pictured), New York, as she awaits trial over her alleged involvement in the crimes of pedophile financier Jeffrey Epstein

Attorney Sean Hecker, who has filed a lawsuit seeking to grant defense attorneys access to their clients again, slammed the visit as ‘absurd and unjust’.

‘We’ve been litigating for the Fed Defenders of NY to obtain a safe, in-person visiting option for many months. MDC detainees have been waiting up to 6 months for such visits. And BOP-MDC decides that the 1st such visit should go to a wealthy British socialite? Absurd & unjust,’ he said on Twitter.

The Bureau of Prisons refused to confirm whether Maxwell was the first inmate to receive an in-person visit, but said coronavirus protocols remain in place.

‘While, in general, legal visits are suspended, case-by-case accommodations will be accomplished at the local level and confidential legal calls will be allowed in order to ensure inmates maintain access to counsel,’ a spokesperson told the paper.

‘We are facilitating attorney client-visitation, as well as judicial proceedings, via video conference, primarily at our detention centers.’ 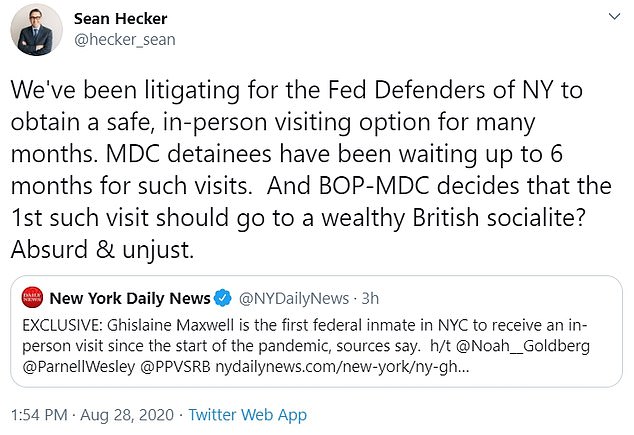 Attorney Sean Hecker, who has filed a lawsuit seeking to grant defense attorneys access to their clients again, slammed the exception as ‘absurd and unjust’ 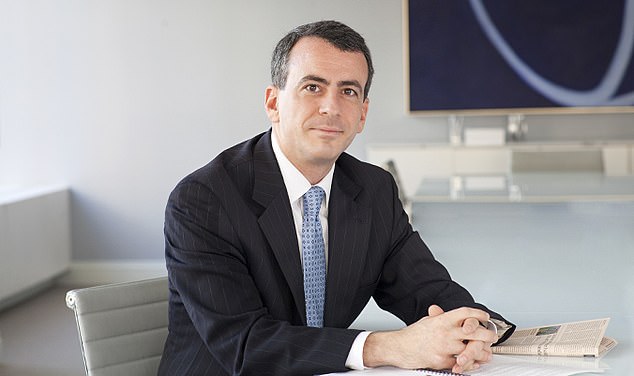 Defense attorney Christian Everdell was spotted arriving at the prison on Friday to visit his client. Days earlier, lawyers were denied their request for Maxwell to be transferred out of solitary confinement

Hecker said he learned Maxwell was the first prisoner to be granted access to her legal team in person from another source.

‘It is outrageous that the first in-person visit would be granted to a well-heeled British socialite who the president of the United States stated that he wished well,’ he told CNBC.

‘It only serves to confirm that our government doesn’t understand that they operate two different systems of justice, one for the well-heeled and well-connected, and one for everyone else.’

Hecker said officials have been discussing allowing inmates visits from their lawyers again, but they are likely to be limited to a one hour session from one lawyer.

Maxwell however, was visited by two people for over three hours. 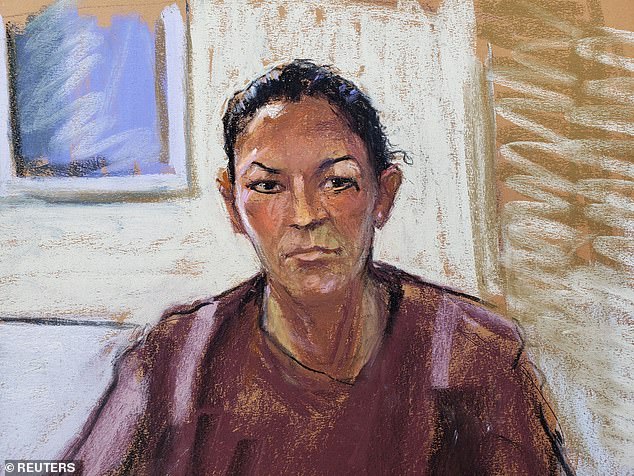 Maxwell, who has pleaded not guilty to child sex trafficking charges, is to remain behind bars until her trial next July

It come days after the British socialite was denied her request to be transferred out of solitary confinement after lawyers argued she was unable to properly prepare for trial under 24-hour surveillance.

She had previously complained about conditions inside the jail where she is to remain until her trial next July.

Maxwell was taken off suicide watch earlier this month but is being searched multiple times each day and is under constant watch of the guards, her lawyers said.

In a letter protesting about the ‘uniquely onerous conditions of her confinement’, her legal team claim she has been kept under constant surveillance without her consent.

Maxwell was arrested on July 2 on charges that she assisted her former boyfriend – convicted pedophile and late financier – Jeffery Epstein in the sexual abuse of minors between 1994 and 1997, and lying under oath. She has pleaded not guilty.